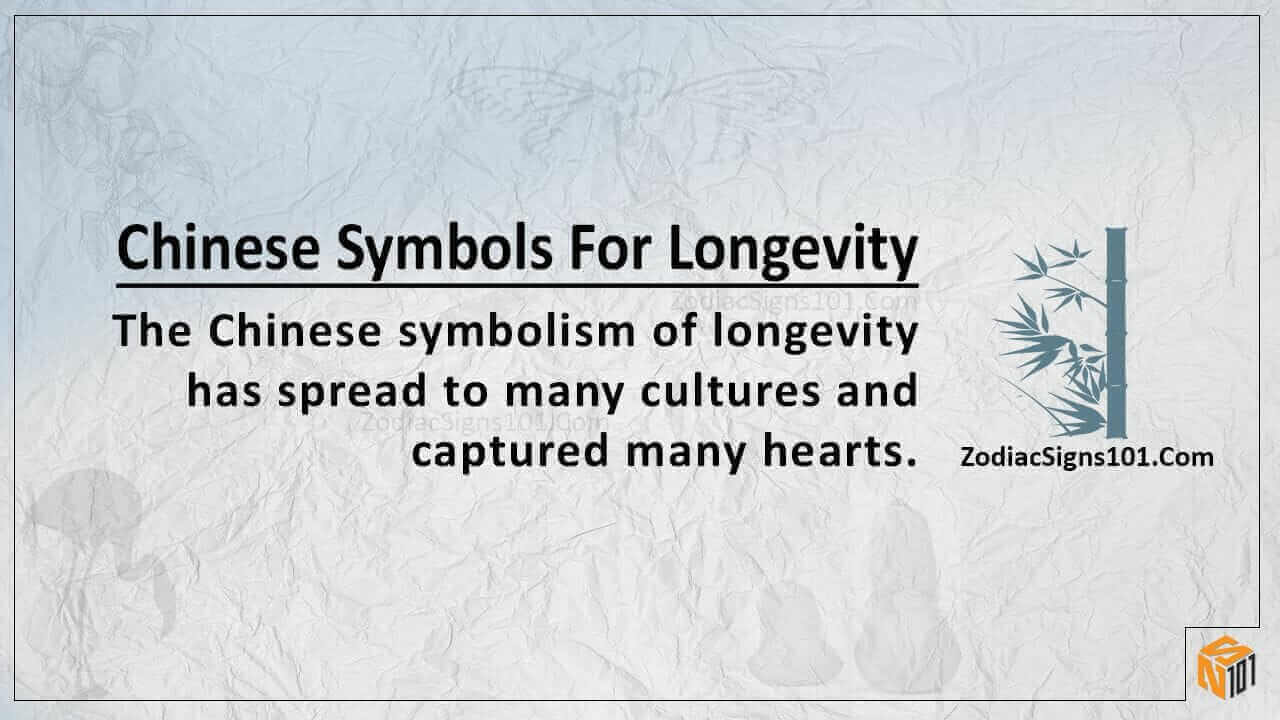 Chinese Symbols for Longevity: The Influence and Meaning that they have in your Life

Several emblems capture the Chinese symbols for longevity. In this article, we will obtain the various symbols and their meanings. The Chinese have a unique way that they use to engineer symbolism from their environment. This means that they have a rich history in symbols and symbolism that can help boost your general Chi.

Some are on animals, plants and even other objects and signs that surround them. Learning the symbolism of longevity can help you understand the meaning of life. Also, it will make you understand the cycle that needs to happen, so the life on earth continues. Also, it may help you know the old ways that the Chinese used to have to help them stay and last longer.

Different Symbols of Longevity in the Chinese World

In this article, you will get to learn the various Chinese symbols of Longevity and their symbolic meanings. It will touch on the different plants and animals that represent the symbolism of longevity.  Here are some of the Symbols;

The pine tree has a significant symbolic meaning in the Chinese culture as it appears in many of its stories and texts. For example, the pine tree is present in the tales of the eight immortals. Also, it appears in the that includes the go Sau and a deer. Therefore, you should plant a pine tree in your homes. Their energy will radiate and ensure that you and your family member have a long, happy life.

This is the tree of immortality according to the legends in China. There is a belief that states that there is a peach tree that grows in the Kun Lun mountains. Also, it can blossom ones after 3000 years. During this period eight immortals gather at the tree and eat of its fruits. This way they get to remain immortal forever. Alternatively, other meanings touch on the matter of the magic of the peach tree.

There is the belief that says that Taoist magicians would use its petals to make love portions. The portions are so powerful that it can make you go into a deep love trance. On the other hand, there are the ancient warriors who preferred the trees wood to make weapon due to its longevity and strength. Due to its magical powers, the peach tree also can ward off evil spirits.

The Symbol of God of Longevity

Sau is one of the most popular gods in Chinese. In his way, Sau always represents the need for comfortable living. He usually provides for those that believe in him a smooth lifestyle. Also, his resonance will help you overcome the many conflicts that life will throw your way. In the imagery that the chines have created for Sau, he is sitting on a deer.

The deer is one of the Chinese symbols of longevity. At the end of the staff that he has in his hand, there is a gourd full of the elixir of life. This is how Sau tends to remain younger or immortal. He is also holding a peach that is the fruit if the divine beings that help them stay immortal.

The Crane Symbol of Longevity

In the realm of the Chinese, there are four types of Cranes ranging in different colors. Some are black; others are white, while some are yellow and last, there are some that are blue. As per the beliefs of the Chinese, the crane is one of the longest living animals on earth.  They had the notion that they may for up to 600 years.

Therefore, when it appears in the clouds, it shows the meaning of longevity. Also, it depicts the qualities that come with age like wisdom and nobility. However, sometimes, there may be an imagery of the crane among pine trees. There it symbolizes the meaning of power and wealth that you can only achieve through long and arduous work. 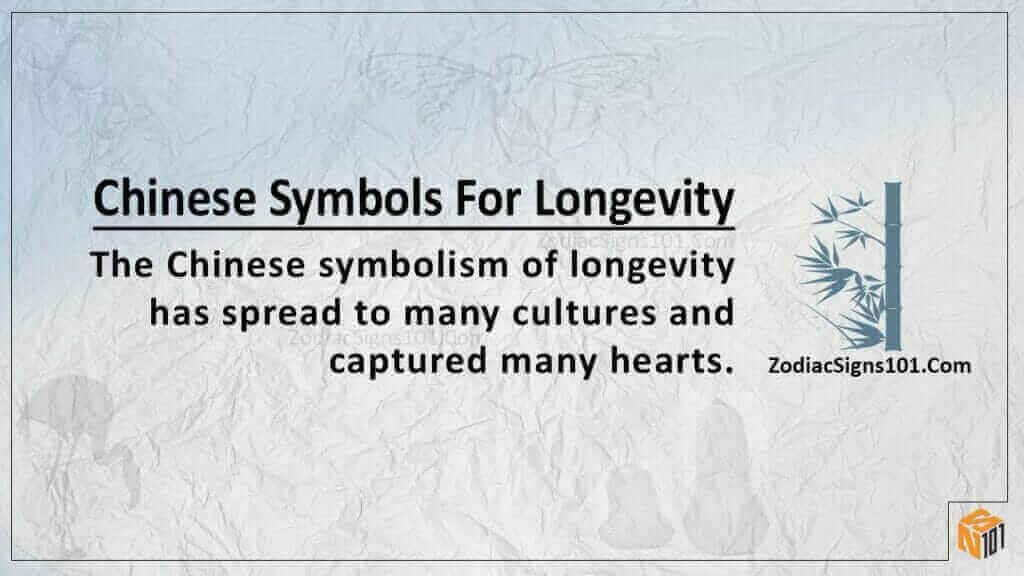 The Gourd Symbol of Longevity

The culture of the Chinese depicts the gourd as a symbol of longevity. Also, it bears the meaning of good fortunes that one can have. In most parts, the gourd is one of the things that hold the elixir that the Buddhist deities usually take.  Sau is one of the gods of ancient China that has the gourd in his hands. He has it at the end of his staff. They believe that that is where he keeps the magic juice that keeps him young and immortal. If you look the gourd of Sau firmly has the symbol of longevity on it. Some of the people would at times place them in their homes to bring good luck and keep off the evil spirits.

The Deer Symbol of Longevity

The deer is one of the symbols of longevity because it can endure harsh conditions.  Also, it is one of the animals that symbolize grace and long life. In some way, the name of the deer translates to the word Lu. This means income. Some they would use it involves long prosperous life. Hence the symbolism of a long life.

There is a lot of meaning that flows from the power of Chinese symbols of longevity. It has a stronghold in their mind, hearts, and souls. Plus, the symbolism of survival is one of the paths that can lead you to a spiritual journey. You can do this by praying or meditating to the god Sau. He will surely answer you and gift you with a long healthy life. All you have to do is to believe in his wisdom