A person’s zodiac sign can say a lot for who they and why they do things the way they do. Below are the dates and a short telling of the basic personality for each sign. Using this list, you can compare your own personality- or that of a friend- and see if you agree.

Aries is the first zodiac sign. They have the symbol of the ram and are under the rule of Mars. Aries are naturally born leaders, they are good at getting people excited and on their feet, and they are outgoing and people tend to be drawn to them- in part to their birth-given charm. They are brave and not ones to step down from any kind of challenge.

Aries can be impatient and blunt at times, but there is not a lot that can hold them back from reaching their goal. It is hard for an Aries to be beaten in most fields because of their bravery, willingness to help, and their overall drive. If there is something going on, then do not be surprised if an Aries is right in the center of it all.

To learn more about Aries personality traits, read the article All About Aries. 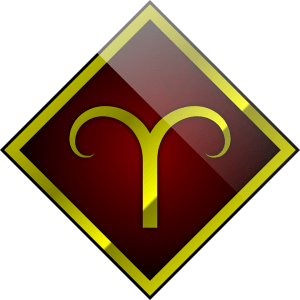 Taurus being the second zodiac gives them a totally different outlook on things despite some being just a day away from being an Aries. This sign has the symbol of a bull and is ruled by Venus.

Being a Taurus means that you’re sensual, balanced, stubborn, successful, and logical. Taurus people have a tendency of being patient, wanting to indulge in life’s senses (the basic five), hard and persistent workers. They don’t give up easily, enjoy life’s little things, don’t care all that much for materialistic things, and are usually just calming people to be around.

The symbol of the bull’s head is important because it’s where the stubbornness, determination, and persuasiveness come from. Bulls push forward, they don’t slow down, and they’re generally calm creatures unless angered by something. Being ruled by Venus is where Taurses get their love for life, the senses, and just everything around them.

To learn more about Taurus personality traits, read the article All About Taurus. 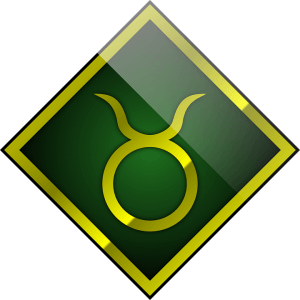 Coming next in line is Gemini– symbolized by the Twins and ruled by Mercury. The symbol of the Gemini Twins is one of the most important things that come with being a Gemini. The Twins represent two different sides that most Geminis have. One side might deep, secretive, and gentle while the other might be outgoing, loud, and somewhat on the crazy side.

Looking at a Gemini as one whole being, they tend to be even more different than either side for when they blend, the Gemini becomes an even more beautiful person. They’re kind, in tune with their (and others’) emotions, quick-witted, optimistic, and considerate. They’re loyal to the end, rarely alone, and it’s pretty hard to find a time when a Gemini is bored or isn’t doing something.

To learn more about Gemini personality traits, read our article All About Gemini. 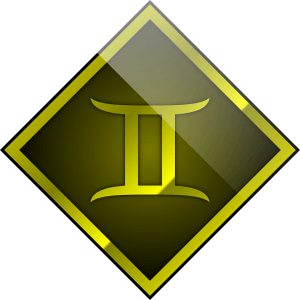 Cancer the Crab and subject of the Moon is the fourth zodiac sign. Cancers are people friendly and they often have (or want) a rather large family, they’re proud of what they do, and they tend to be at least a little sentimental. They’re not afraid to show emotion and often do so.

Cancers are also known for being a little moody at times. If they’re not okay with a situation, don’t be surprised if they pull back into themselves until they feel comfortable again. These people are protective and they’re usually willing to defend themselves and the people close to them if they feel the need to. They listen to gut feelings, can be lazy, and they love fiercely when they’ve found someone. 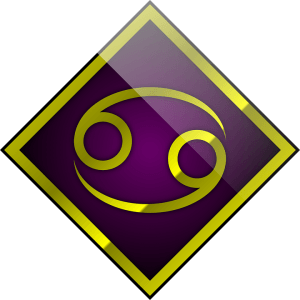 Leo the Lion/Lioness is ruled by the Sun. Leos are very creative and usually easy going people that are easy to talk to. They’re generous, funny, witty, passionate, and happy. They can also be a little self-centered, stubborn, and a little lazy when lacking motivation. Leos also tend to make great leaders because they’re brave, dominant, and they have a certain charm to them.

People born under the sign Leo need a certain amount of attention; they want success and status because it gives them something to be proud of. There are a couple of things that Leos don’t jive with like fear, non-loyal people, and people who take advantage of others. They usually look for someone who’s self-aware and can hold a conversation when looking for a relationship.

To learn more about Leo’s personality traits, read All About Leo. 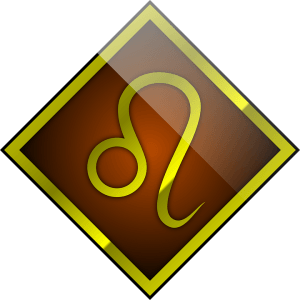 After Leos come the Virgos whose symbol is the Virgin (or Maiden) and ruled by the planet Mercury. Virgos are quite often nit-picky people and the other signs sometimes tease them for this. If something isn’t proven true by facts, data, and/or logic, then it isn’t usually worth their time.

The symbol of Virgos being the Maiden isn’t far stretch because these people are usually modest and noble. This doesn’t mean that they will be celibate for life, though. However, these traits are so strong at times that others may think they’re being oppressed.

Virgos are very detail oriented and rarely miss out on even the smallest clue, looking so hard for clues sometimes makes them seem skeptical and it can lead to them overthinking and overcomplicating often the most simple of things. They are also some of the most down to Earth people you will ever come across.

To learn more about Virgos, read the article All About Virgo. 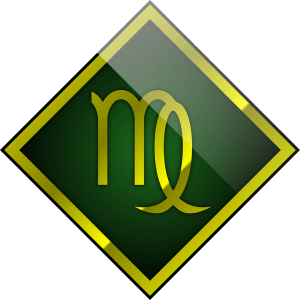 Libras are ruled by Venus and represented by a set of Scales. They’re good at working in groups, they’re social people, and they’re speakers. As great as all that might sound, they also carry self-pity, indecisiveness, grudges, and they try to avoid confrontation at almost any cost. They tend to like calm surroundings and the outdoors while disliking conformity and violence.

The Libras sign being a Scales is very well fitting because fair people who enjoy peace and hate being alone. Because of their love of peace, these people will do almost anything to avoid confrontations that might cause more problems and this can sometimes cause them to come off as shy or shy or self-conscious. Libras enjoy spending time with people who can carry out deep conversation and who have their own opinions. They’re also rather creative people.

To learn more about the well-balanced Libras, read All About Libra. 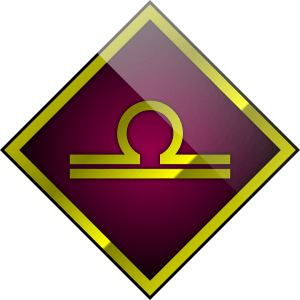 Scorpios have the sign of the scorpion and are under the rule of Pluto. These people are passionate trailblazers that tend to be loyal, calculating, protective, secretive, magnetic, manipulative, and brave. They have smoother movements than most of the other signs which can sometimes be a give-away. They enjoy off-the-wall music, for finding new things and new ways to those things.

It’s because of the Scorpion that Scorpios are so secretive–yet magnetic. They hold an interest that’s hard to resist and they’re happiest doing things from behind the scenes. They’re night people who might have trouble focusing during the day but flourish at night; they work hard on everything they do. It’s possible being ruled by Pluto, the planet of regeneration and power is what give Scorpios their fluid movements and charm.

To uncover the secrets of a Scorpio’s personality, read All About Scorpio. 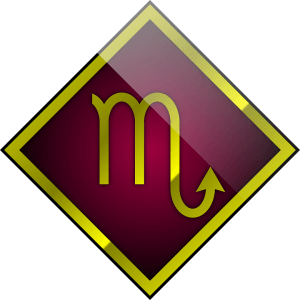 Sagittarius people, being ruled by Jupiter, and represented by the Bow and Arrow, are humorous, impatient, generous, philosophical, and verbally unfiltered. These people carry an energy and curiosity like no other- most likely because of their open minds and love of philosophy. They’re outgoing people who get excited easily and like see changes in things. Sagittarius people are happiest when they’re in the middle of life and know what’s going on with everything else.

Sagittarius have to be free so they can explore, travel, and just live life. They don’t take kindly to intolerance, they’re tactless and if they want something they have to get it fast or they get annoyed. They greatly enjoy laughing and being with friends, they’re not people to give long winded lectures and they’re extremely close and loyal to people of their family or people who they call family. 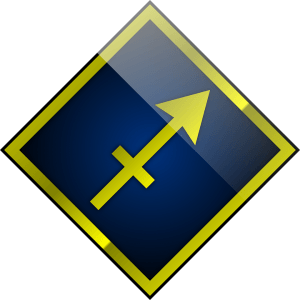 Capricorns are ruled by Saturn and are represented by goats. This sign works harder than all the other signs. They’re happiest after having a had a successful day doing whatever it is their job or goal is. Capricorns are determined and unafraid to what they have to in order to get to where they need to be. They’re practical people or are goal driven.

The goat being the symbol for Capricorns make sense because goats are always on top, they’re always the ones to be on the top of the hill or mountain no matter how high it is or long it takes them to get there. These people can sometimes get caught up in their success and have a bit of an ego at times. Saturn, to the ancient Romans, was the father of all the other gods. He was the ruler and the best of everyone else. 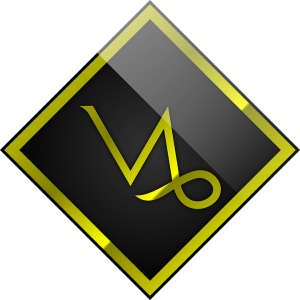 Aquarius is ruled by Uranus and Saturn and represented with the Water Bearer. People born under this sign are amazingly progressive. If something’s unjust, they want to fix it as soon as possible. They’re main goal is to make the world a better place for everyone involved. Aquarians spend a good amount of their time trying to get thinking of ways to improve lives and they won’t hesitate to encourage others to join the cause.

Aquarius people may sound friendly and calm, but if someone disagrees with them or doesn’t share their view points, then they can be easily annoyed and angered as well impatient. Aquarius people almost always think they’re right, they’re taskmasters which makes them great at planning and for multi-tasking.

To learn more about this ever-changing sign’s personality traits, read All About Aquarius. 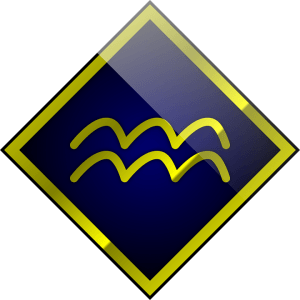 Pisces is the last zodiac sign. They’re ruled by both Jupiter and Neptune while being represented by the symbol of two fish. Pisces are often selfless, artistic, gentle, musical, and compassionate. They’re over trusting at times, tending to have strong wishes for not always being present in reality, and they can be depressed at times while usually being shy or even fearful.

Pisces are very gentle and friendly people who’re almost always willing to help someone however they can; they have a empathy like no other. They’re really tolerant, never one to hold a grudge but they always forgive instead. Pisces are romantic prefer longer relationships over short ones.

To learn more about Pisces, read All About Pisces. 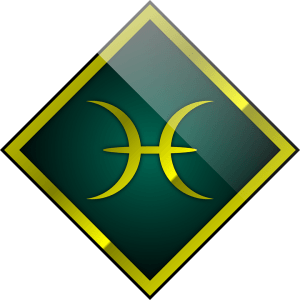 They are 12 different signs and every person on earth belong to one of them. The question then: do they fit? Does everyone under their sign belong to that sign? Do all Leos have an unfaltering bravery; do all Scorpios have a darker side to them that’s driven by the need for success and status? Comment what you think and if you and/or friends fit your signs.

For links to all of the longer articles about each of the signs, simply see below.