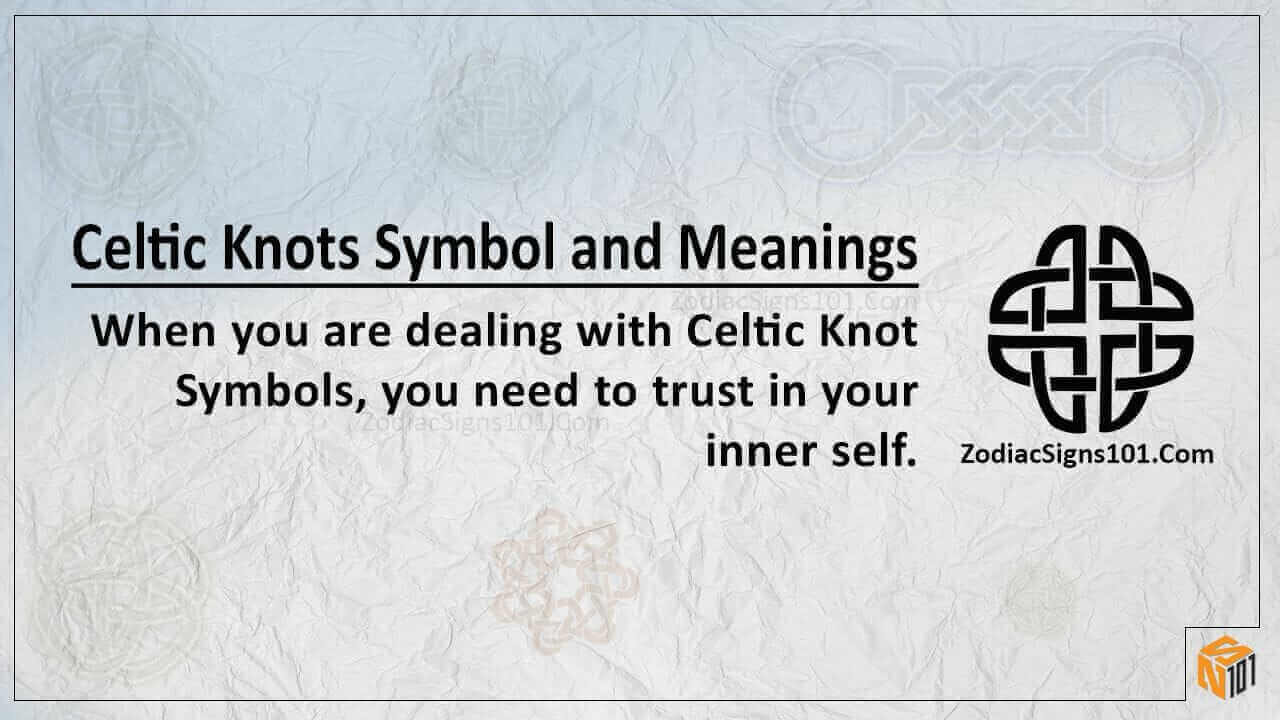 Celtic Knots Symbolism: How do you get in a Binding Bond with Someone?

There is a fascinating history when it comes to the Celtic knots symbolism and meanings and how they apply to your life in general. Plus, it offers lessons that can help one attain the wisdom of love. There is a precious remnant of the history of the Celtic culture that continues to exists even after the Celts themselves do not. Also, some of their ancient’s ways have found themselves in modern society.

This means that they still bear the meaning as they did in the old days of the original Celts. When you look at the inter-looping knots of the Celts, they don’t seem to have a beginning or an end. There main aim or symbolic meaning was to serve loyalty. Also, it would help maintain the gist of love, friendship, and faith among the people who believed in them.

However, the modern-day societies such designs decoratively. They barely have the ancient knowledge of the meanings and symbolism of the Celtic knots. Some of the can appear on things like jewelry, cutlery, and even our clothing. So, before you can buy or gift something that has these design on them, you first need to learn their symbolism and hidden meanings.

What do you know about the history of the Celtic knots and their hidden meaning? These were designs of the ancient people of Ireland to represent the different types of bond that they would share. It was one of their standard practice. Therefore, it was also part of the religious sects. One can say that when making such a pact in the ancient days, you would need a witness.

The witness had to be a supreme being that would not be happy if one of you broke the bond you made to the other. This is why the Celts had their knots done in the pagan sects. This was way before Christianity came up to the lands of Ireland. Upon the arrival of the gospel of Christ, the missionaries wrote the book of Kells. In it many pages, their decorations of the Celtic knots. So, the Christians would use the constant knots to symbolize the love that God has for humans.

The Various Celtic Knots and their Meanings

For example, the number three stood for various trinities. On the other hand, the number four rose for the different essential elements of the universe like wind, fire, earth, and water. Here are some of the Celtic Knots and their Symbolic Meanings;

The lover’s knot has taken root in many cultures especially across Europe. It has the basic knot of the sailor’s knot. They had the belief that these lovers knot if from the heart. People that were in love would do this during wedding ceremonies to mark their undying love for one another. Breaking this bond would be disastrous to the person as a relationship was between the two lovers and the deities. Anyone who would break the relationship would have to go through the cleansing and make sacrifices to the same gods to appease them.

This is one of the Celtic knots, and it has the appearance of the maze. It is the one that most people use for decorative purpose in their houses, clothing, and even cutlery. The way it appears with all the mazes that it has is why they deem as an eternity knot. It has a beautiful look of squared off edges, but it also seems to be rounded off. The knots of this symbol depicts an endless life. Also, the life that has this type of knot would experience divine wisdom and compassion. Also, they would be able to describe the same traits to those that they love.

This is one of the patterns that make up the Celtic knots. It is square like just like the eternity knot. However, its square is in the center of the knots. They have universal protection meaning together with the Shield Knot. For example, there is a belief that Brigit’s knot would help keep people away from illnesses. Also, they had the power to ward off bad omen. While doing all that it also serves to remind the people that may bear it that it’s essential to have a strong central core. It will help you get along with your spiritual and communal values.

This is Celtic knot also goes by the name the trinity knot. It is the sole representative of the number 3 which is a sacred number for the Celts. Moreover, it has strong spiritual and moral values that it can impact on the minds of people. Some of the trinities that it touches on are the Holy Trinity, of the Father, Son, and the Holy Spirit.

Remember that when you are dealing with the Celtic Knot Symbols, you need to trust in your inner self.  Go by that intuitive thought that you are having about it.

Moreover, there is no wrong way to interpret their meanings. All you have to do is trust yourself. Plus, remember that the Celtic knot is there to teach and guide you to the value of love, friendship, and duty. Also, there is the element of spiritualism when it comes to the symbolism of the Celtic knots.