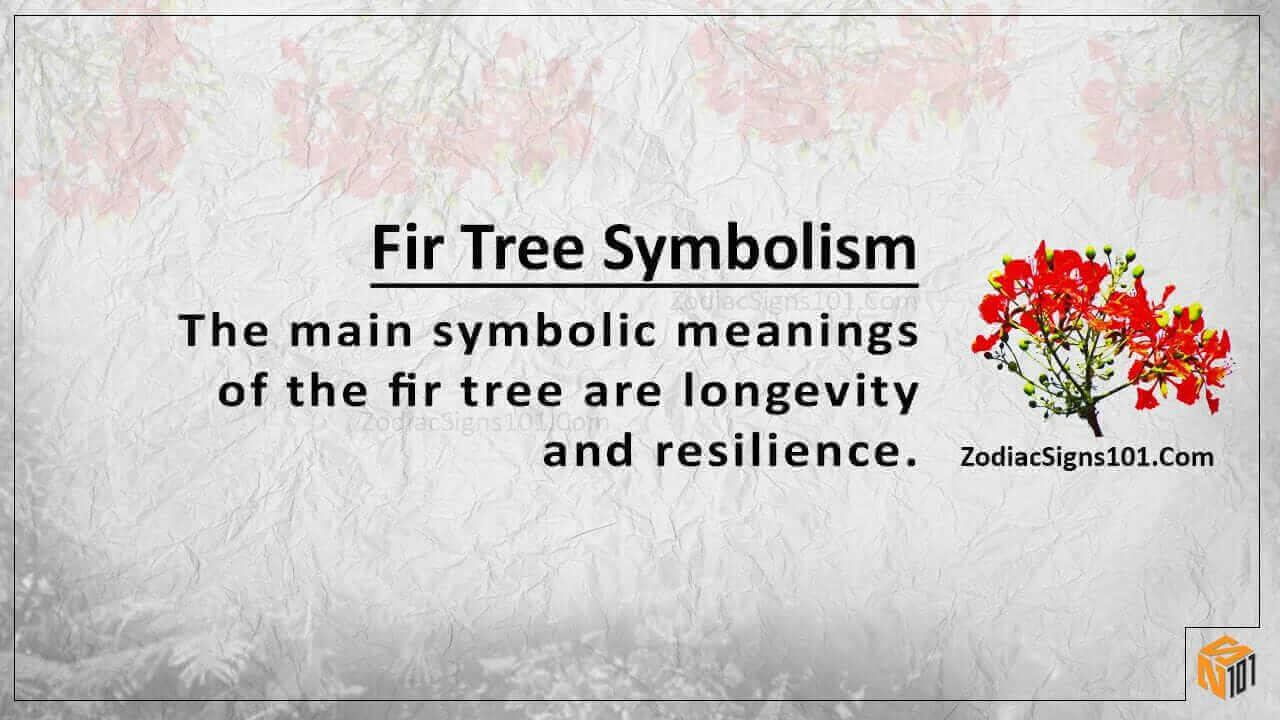 Fir Tree Symbol: The Spiritual Influence that it has in your life

A lot of concepts comes into play when handling the meaning of the fir tree symbol. Did you know that it is one of the sacred trees in the Celtic culture? Well, it is. It also bears a lot of symbolic meaning that drives them purpose in our lives. The fir tree meaning represents truth, forthrightness, and honesty. This is because it usually grows straight like a pillar. On the other hand, the trunk of the fir tree is also very narrow. The main symbolic meanings of the fir tree are longevity and resilience.

This bears the symbolism of the pillar of strength and its incredible heights the tower of truth. The fir trees tend to grow in groups to stand for the meaning of true friendship. Plus, they are evergreen no matter which whether there are in or season. This can symbolize the long-lasting connection that we usually have with friends and family. Apart from that their greenness also symbolizes hope, renewal: rebirth and promise.

Plus, they tend surviving the harshest winters. In the old days, the Druids would center some celebrations around the fir tree to mar the coming of spring.  Also, it would give them the hope that there is a lot of fertility and abundance that is about to take place in spring. Also, the fir tree is one of the trees that people use for the Christmas tree. So, it has a lot of meaning to the holidays season of Christmas.

Meaning of the Fir Tree

As you are going through the symbolic meaning of the fir tree, you will notice that there are some specific attributes that it possesses. Also, it can lend you the same qualities if you believe in its teachings. Some of these traits include progress, perceptiveness, longevity, honesty, friendship, resilience and remembrance.

The fir tree also produces cones that have symbolic meaning that it contributes to the tree. The cones tend opening up to the rays of the sun. However, whenever there would be snow or rain, they would close up tight. The Celts also used the fir tree to mark the graves of their prominent people like the chiefs. So, this makes the fir tree on of the Celtic symbols of brave souls. Also, you can call it the symbol of remembrance.

The Norse people, however, used the fir tree to decorate during the winters solstice. They would also burn the fir trees in the effort to celebrate the life that perseveres. This is especially after having such a long hard winter period. They would do this mark the end of the year and welcome the new one. They would also note the trunk of the fir tree for the straightforwardness and honesty.

Significance in your Life

The ancient people of Ireland found a lot of meaning in the fir tree and its significance in their lives as a people. Since the tree was touching on different spiritual aspects of their lives, they thought of it as a sacred tree. They would use it in ceremonial fire like the Norse people and mark their grave sites. Through the Ogham, they knew that the tree would offer them the power to live longer due to its endurance through such harsh weathers of the North.

Therefore, the tree would inspire them to practice attributes like honesty and truth. On the other hand, the tree symbolizes long life and even rebirth. This meant to them that they had the option of moving on from this world to the next and coming back again. Plus, the people of the Druids also could be resilient and constructive. They would persevere the harsh weather of their lands in the winter like the fir tree.

Dream Meaning of the Fir Tree

The fir tree symbol like most of the other symbols also does have symbolic dream meaning. So, if you should know how to interpret the symbolism of the fir tree dream if you have one. In most of the cases, the goals will be either be giving you a warning. Or, it may provide you with the destruction of the good things that are bound to happen in your future. So, you may need to be alert to the very minute details of how the dream shall present itself to you. If you miss something, then you may miss the general idea of the vision and misapply it meaning in your life.

Some of the people have the opportunity to dream if the fir tree in groups. This may bear the meaning of you not having the right social circle. Therefore, the spirit of the fir tree is there to remind you that you can. Also, it will give you the guidance that you need to accomplish such. On the other hand, it may mean that you have too many friends and therefore you need to concentrate on your work.

It is not a good idea to spend all of your time with friends without taking your personal life into account. Also, you may dream of the lonely fir tree. The lone fir tree symbolizes the personality that doesn’t need friendship. You believe in yourself though you are hurting. So, learn to grow your social network. Also, you can get a support group to help you through these tough times. In short, don’t be ashamed of asking for help.

The fir tree has a lot of symbolic meaning that has the primary purpose of guiding you to a better life. So, it is wise to take note of the symbolism, symbol, and their meanings. More so, it encourages you to always ask for help whenever you are stuck in life. It doesn’t matter how strong or powerful you are. That is why its symbolism insists on friendship and family. Plus, it will also provide you with the opportunity to spiritually grow and even earn the Ogham-tree language. This way you can speak to the spirits of tree and humans on the other realms.