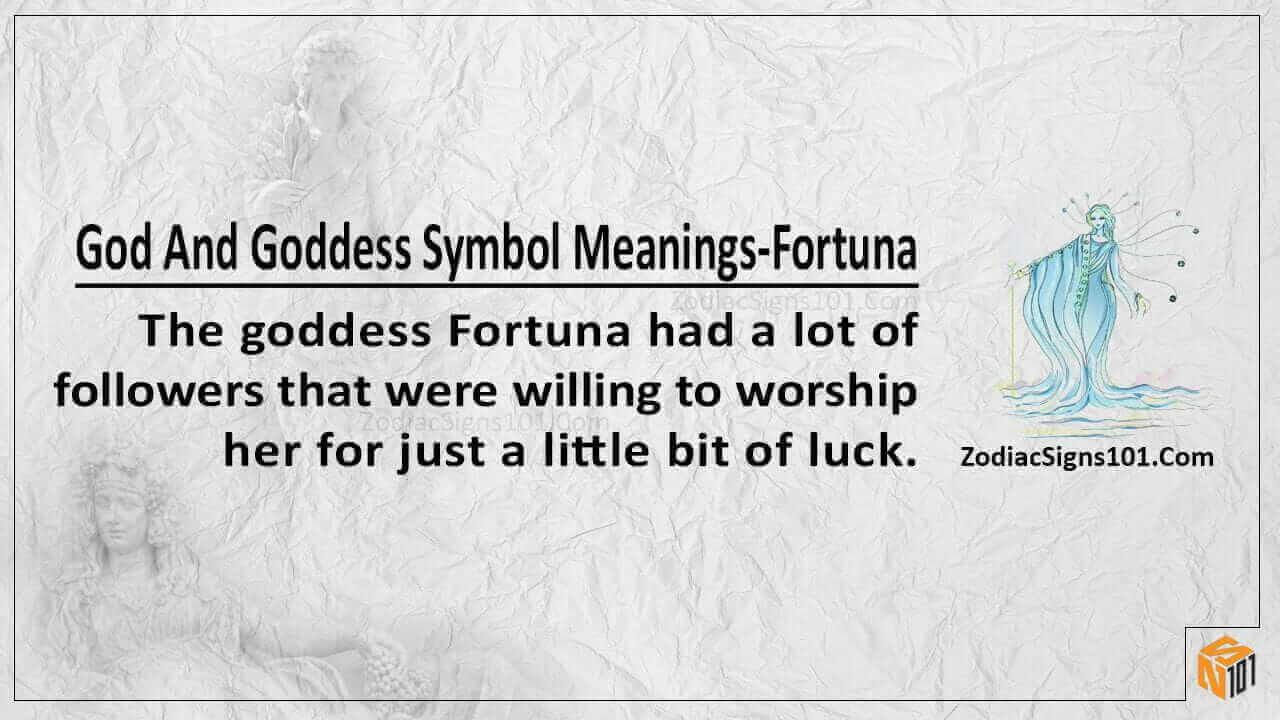 The Symbolism of Goddess Fortuna: What Pull Does She have in your Life?

The central symbolism of the goddess Fortuna comes from the Roman folk tales and mythology to mean to win, get, or bring good luck. She was the symbol of luck to the many Roman people back in the old day. Therefore, she was the goddess of good fortune and progress in their lives. It is most likely that she was one of the most favorites of the deities of that period in time. Therefore, the goddess Fortuna was also having a lot of followers that were willing to worship her for just a little bit of luck.

Moreover, the people of ancient Rome thought of her as the governor or the goddess of fates. This is one of the reasons why many people of the same era were devoted to her. In most of the cases, they had the belief that Fortuna had determined their fortunes and fates; therefore, they had to give her praise for a little favor. By doing this, they would receive a little twist in their futures to make their lives smoother.

Honoring of the Goddess Fortuna and the Changes that Came after

They were known not to celebrate this deity in the privacy of one’s home. However, when you had to honor her, you would have to make a spectacle of the whole thing. There was also support from the temples to help the people of Rome give thanks and praise Fortuna. This would happen majorly during the festive season under the watchful eye of the temples. It was the responsibility of the goddess Fortuna to merit the fates of all including the Roman empire.

However, over time, her perspective in the eyes of the Romans changed from the goddess of fortune to one of fertility. Also, the show became the goddess of abundance in terms of chances and good health. So, all the people that were not in holy unions or did not have children had the most to ask from her. In some twist of the same fate, they would still think of her as the sealer of all people future, especially such women.

What is the Symbolism of the Goddess Fortuna?

In most, of the cases, Fortuna was depicted with a lot of similar symbols and attributes. She also had identical symbols that they would represent her within most of the images of that era. Fortuna would hold one cornucopia. This was the horn of the plenty according to the historian description of that era. This would symbolize a sign of good harvest among the people of ancient Rome. Plus, it was what gave the symbolism of the good things that would happen to one person at that time.

Therefore, she was also the goddess of abundance in many of the citizen’s eyes. Initially, many people thought of the cornucopia as the horn of a ram issued to her by Jupiter. Plus, they also said that it was given to her as a reward by Jupiter for having taking care of his baby. As per the symbolism of that era in time, the horns were more of phallic symbols. Therefore, it complimented the symbolism of abundance that she was already having. Or, you can choose to look at it as an emblem of infinite supply.

Symbolic Meaning of the Goddess Fortuna

There is no better place to view the magnificence of the goddess Fortuna than on the ship rudders of the ancient Romans. Or, they would have appeared on the steering wheel of the vessel. This would symbolize that she was in control of the journey that they would take on the sea. Moreover, as you can remember, she was also the sealer of fates.

Symbol of the Wheel

The wheel of the ship usually has a circular shape. The shape represents the cycles that life has here on earth. In some sense, it also represents the up and downs that life has on everyone. Plus, it is there to remind us that there is nothing smooth about the voyage of life. As per the beliefs of the Romans, the wheel was also signifying a never-ending cycle of energy.

Moreover, the wheel as the ability to spinning in all the ways that you turn it. Therefore, it shows the need for constant change in any directions that you chose so long as it is empty. Plus, the circular motions represent the feminine energy in all of us. This is because it takes the great shape of the womb that is the source of life.

The Symbol of the Wreath

In ancient Rome, the wreath would be used to symbolize a lot of things, including the womb of a woman. However, in most of the situation, it was a powerful tool to signify good tidings or meanings. Some even chose to perceive it as a symbol of victory. Or, to some, it would be the symbol of the good things that Fortuna would bestow upon them. If you carefully look at the wreath, t is made up of Narcissus flowers. This, however, commends the beauty and sturdiness of the goddess Fortuna. Also, it depicts the fertile nature of the goddess or her ability to bestow the same to her people. This is some of the reason why Fortuna was known as the goddess of good fortune and later fertility. 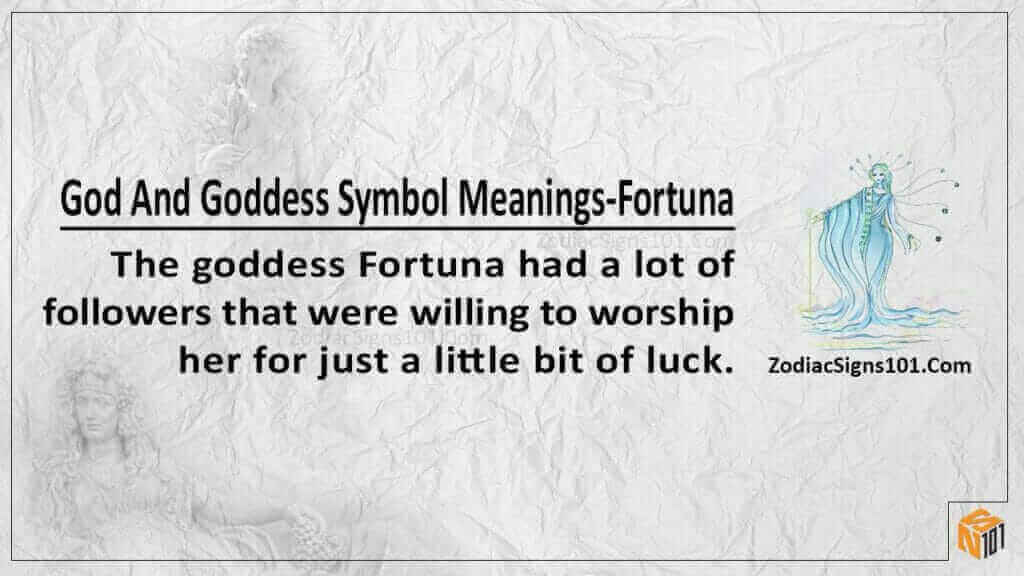 The Symbol of the Globe

Fortune often has a globe to represent the round realm that she represents. This shows the level of her control and the balance that she has in life. The world is always at the palm of her other hand. This means that she is in control of all the things on the planet. Therefore, she can use her power to sway them as she wishes. The globe is circular; consequently, it represents the symbolism of wholeness in life. Or, you can say that it signifies totality.

The goddess Fortuna also always has a blindfold on her at all times to show that she is a lucky goddess. Plus, she is the one that appears on the steering wheel of the ship to act as the guide. Apart from all that, Fortuna is one of the many Roman deities that had a lot of worshipers based purely on her virtue of giving. Plus, they would hold ceremonies in her to honor her name and ask for favors.