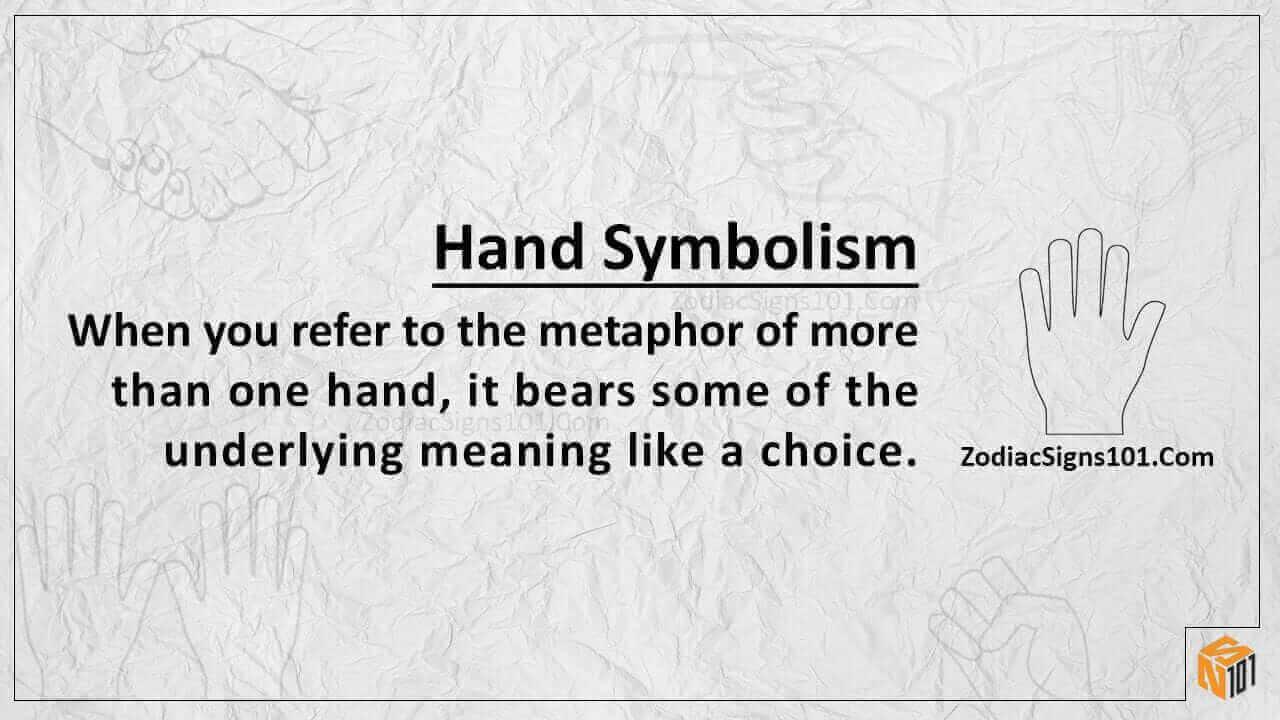 Hand Symbolism: Some of its Simpler Meanings

By any chance are you wondering why the hand symbolism is the most depicted Part of the human body? Or, are you thinking of what the metaphor of your hand means? It is true that the hand of the humans is the part of the body that get most depiction in such imagery. This is because people believe that it is the emblem of blessing that man can have.

Moreover, the hand is the essential tool a human being can ever have. It depicts the opportunities, power, and protection that anyone can offer or attain their lifetime. Plus, it is the symbol of greeting through the art of shaking a hand or just waving of it.

In most of the cases, the symbolism of both the right and left hand are different. However, they share some similarities are also equally crucial to learning its symbolism. Some of these traits include stability, generosity, and hospitality. Hand gesture also varies depending on the metaphor. For example, when you get a chance to lay your hands on something that you should consider as a blessing. Also, it can mean, healing, swearing, honesty and transference of guilt.

The symbolism of Both Hands in Different Cultures

When you refer to the metaphor of more than one hand at ago, it bears some of the underlying meaning like a choice. However, some people may also choose to look at some of these emblems as balance, contrast, and justice.

According to Asian culture, there is the notion that the right hand has the power of yang energy. However, the left hand has the value of yin energy. Also, they have the symbolism that points to the closing of both hands as a sign of partnership or friendship. If you are keen on the Asians way of life, they have the habit of hiding their hands most of the time. This is one of the ultimate signs of humility. Also, it means that the person that you are meeting with is showing you some respect.

It is good to know some of these hand gestures to remain respectful and maintain our heritage. It is never a good sign for a man to use their hand carelessly either. This is because in the current culture and law it will be considered as harassment. Practicing such hand etiquette will give the best manners possible.

Many hand gestures bear a lot of meaning in the Celtic culture. Also, they would hand symbolism to mean spiritual strength. Most of them even had the belief that hand had energetic power. This you can see through the practice of the druids in invoking their gods and goddesses.

The power of hand gestures is one of the ways that Native Americans could communicate with one another. So, they are a lot of symbolism on the same gesture of the hand. Especially when they would be out hunting and they did not want to scare off their prey. It is impressive that they could understand one another years before the hand gestures could become full interpreted into speech.

The Hand Symbolism: How it Capture the Religious Sects

In the heart of Hinduism and Buddhism, different hand symbolisms go by the name mudras. They can use such gesture to pass on or display the act of passing on spiritual energy. In the mudras, the hands would assume certain positions that would mean, receptivity, wisdom, meditation, and unity. Moreover, their religion, they both believe that the hand has the power to transform dark energy. Through the same hand, they can be able to convert energy into visible energy.

It is true that hands have some of the most common meaning across the cultures in the world today. This means that there are some of the generally similar hand symbolism. You can generalize them in the sense of power, skill, and communication. Besides, we use our hand for almost everything in the same where someone across the globe would. So, it is essential to know and learn the various ways in which we can move our hands.

However, some of the cultures that we have today have come up with hand gestures that are only specific to them. This happens especially in gang-related territories so that they can communicate without alerting outsiders of what they are saying. This, however, also took place in the lives of the Buddhist monks in Asia. 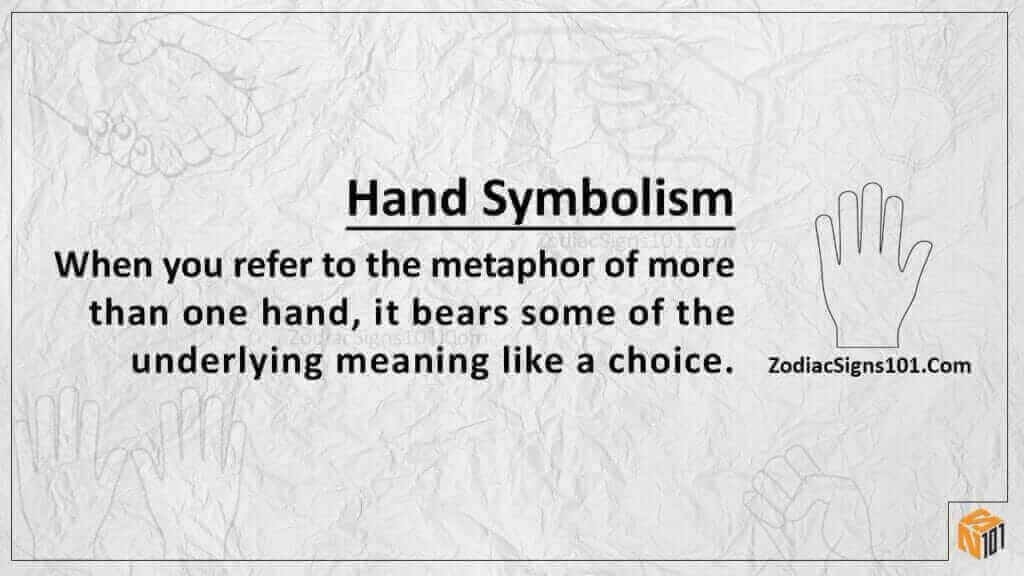 Spiritual Meaning of the Hand Symbolism

You can see that Moses would hold up his hands to God while praying. As a symbol of surrendering and put his faith in the will of God. Also, Christians also hold out their hands to pray to God. This means that they are asking and that they are ready to receive the anointing of the Lord in their lives.

In life, we get to use our hands without thinking that they have some hidden meaning. Also, it has some hidden gesture and meaning that are equally important to help have some sense of dignity like the Asians.

Moreover, learning the symbolism of the hand will help you avoid unnecessary lawsuits in the current world. Plus, it will also ensure that you know how to relate and associate with different people and culture. However, some of the religions are similar.