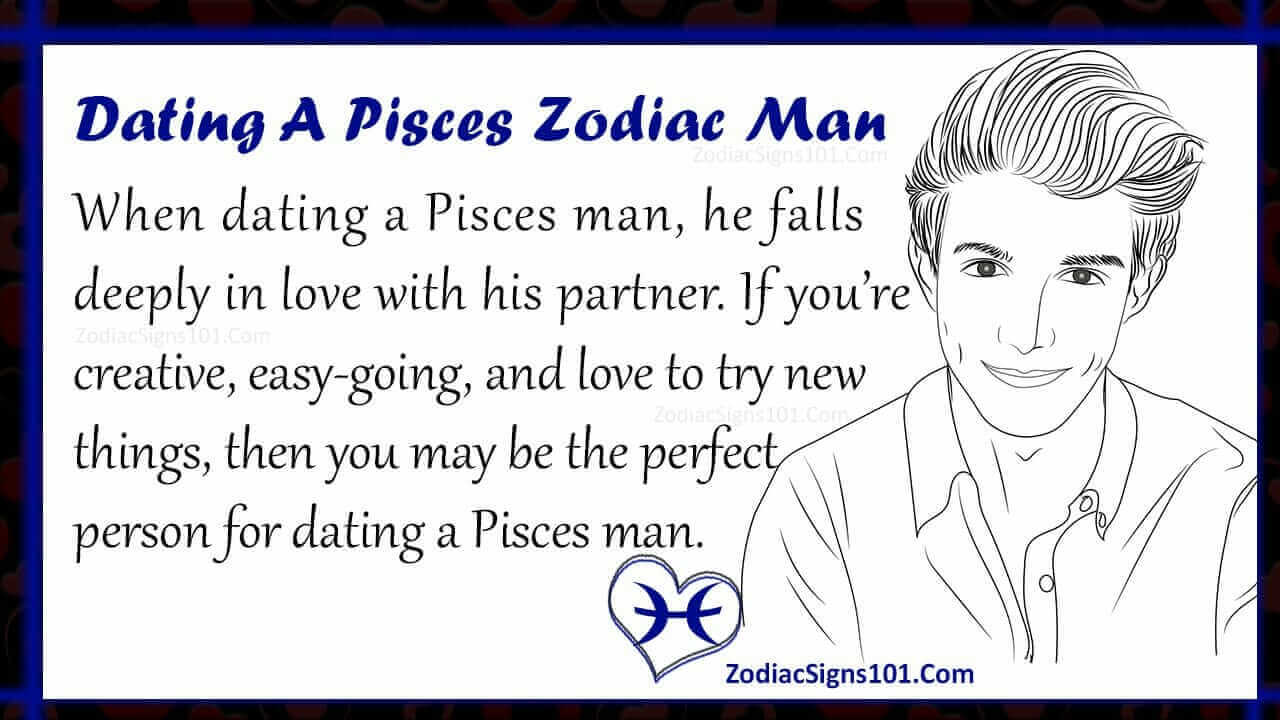 When dating a Pisces man, he falls deeply in love with his partner. He won’t date just anyone, though. He wants to make sure he is with someone who is perfect for him. The Pisces man wants to be with someone for a long time before he says, “I love you.” Once he is in love, he’s there to stay. He can also be romantic. He’s sure to do whatever he needs to do to keep his partner happy. He’s the sweetest man a person could date and if you’re right for him, then you are one lucky person!

The Pisces man tends to be easy-going. He does what he can to avoid causing conflicts in his life. The Pisces man goes out of his way to help others, though. He is good at making and keeping friends. Sometimes his kindness can be spread thin. He needs someone to tell him to take some time for himself.

The Pisces man can be a bit emotional. This can make him extremely passionate at times but it can also complicate other areas of his life. He is likely to act based on emotions instead of logic. He’s not one to think before he acts. This can make things exciting in a relationship, or frustrating, depending on what he does. He is a creative man. He probably has a boring job to pay the bills but he always has creative hobbies. Pisces men don’t like to be bored. The more creative his partner is, the happier he will be with them.

The Pisces man is one of the warmest signs out there. He is an extremely caring man and he’s sure to let it show. He’s full of romantic gestures. He loves to take his partner on dates and treat them with little presents. The Pisces guy can be emotional at times and he is likely to open up to his romantic partner. This can put a lot of pressure on his partner at times but it can also be rewarding when he has positive emotions to share. Along with deep emotions about what is bothering him, he can communicate deeper feelings of love than most other signs can.

Overall, dating a Pisces man means a simple relationship. He doesn’t want to deal with drama or unnecessary stress. He needs someone who he can relax with. This doesn’t mean he is boring or he wants a boring partner. He is creative and smart so he wants to be with someone who shares these traits.

The Pisces man gives more than he takes in the bedroom. He is willing to do whatever it takes to make his partner happy. Foreplay is important to the Pisces man because he knows it can help to set the mood. He is probably shy at first. It will take him a while to get comfortable enough to show his true self in bed but it’ll be worth the wait once he does. Pisces men are passionate lovers, to say the least.

The Pisces man loves to try new things once he has been with his partner for a while. He is likely to gift lingerie or other outfits to his partner. Sex toys, role play, and other kinks aren’t out of the question either. The Pisces man is into almost anything. He’s sure to do whatever you like and he’s likely to ask you to do new things all the time. He doesn’t like to get bored. Every sexual experience is something creative when you are with a Pisces man. 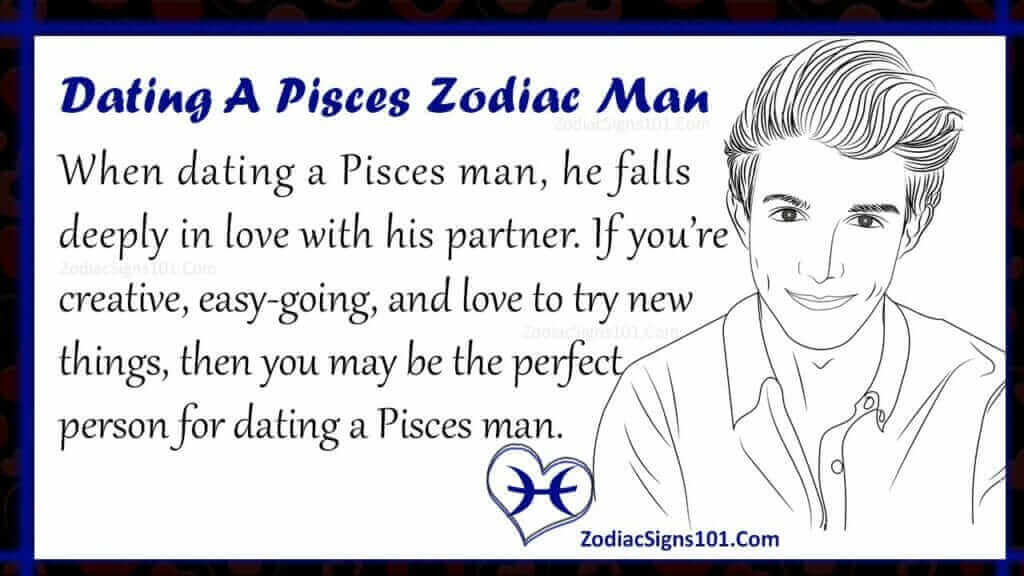 Cancer and Scorpio are the best for dating a Pisces man. These signs have what it takes to make an amazing relationship. Taurus, Capricorn, and other Pisces will also do. Leo, Virgo, and Libra can work out if they put some work into the relationship. Sagittarius have some things in common but their differences might be too much to stay together. Aries and Gemini can be fun for a while but these signs usually don’t have what it takes to stay in a long-term relationship with a Pisces man.

If you’re creative, easy-going, and love to try new things, then you may be the perfect person for dating a Pisces man! If you can stick with him through his ups and downs, then he is sure to stick with you!