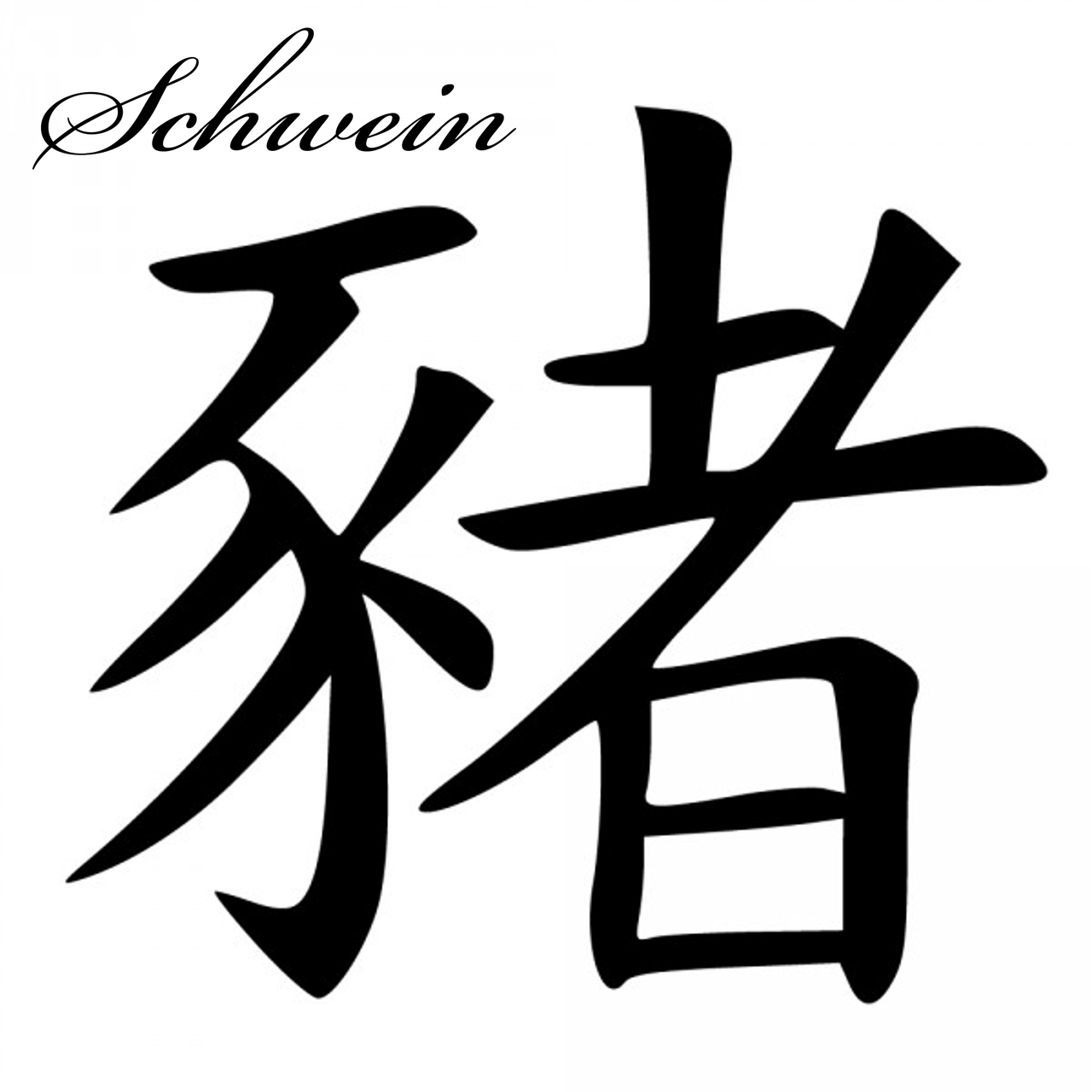 All About The Pigs

The Pig is the last sign in the Chinese zodiac. The years that are termed as the year of the Pig are as follows 1923, 1935, 1947, 1959, 1971, 1983, 1995, 2007, 2019, and 2031. Sadly, there are times when Pigs are easily taken advantage of as a result of their compassionate nature. Nonetheless, Pigs are great lovers. Their devotion to relationships is what makes other people consider them as ideal partners to spend the rest of their lives with. They’re responsible people. This also makes them resourceful and worth depending on. Getting to know your Chinese animal sign has a lot to do with understanding yourself. More information on the Pig and their way of life is discussed in detail below.

The diligent Pigs have certain attributes that make them different from other Chinese zodiac signs. With such a personality close to you, there’s a guarantee that things will flow smoothly when paired with people from the year of the Pig. An aspect that makes them admirable is the mere fact that they concentrate fully on the goals that they have set for themselves. This means that when they decide to settle down and initiate a business venture with you, they’ll focus their strength here. The same case applies to the love affairs that they’re associated with.

It’d be easy to take advantage of this man. However, this doesn’t mean that they’re not successful in life. On the contrary, their hardworking nature earns them the lifestyle that they hanker for. They’re shy and thus they’ll expect you to chase them while hanging out together. An attribute that makes them ideal lovers is the fact that they’re supportive. His love for his family is one thing that you’ll always see in their actions. He’ll never want to see his wife and children suffering. As a result, he’ll work through anything just to put bread on the table. If you’re going to date this man, chances are that they might appear too good to be true. This happens because they’re good in every aspect of life. They offer the best either in business or in personal affairs that they’re engaged in. Truly, men with such personalities are hard to find in these harsh economic times.

The compassionate nature of Pig women should be cherished by many. Do you have a list of some lady friends that were born in the year of the Pig? If yes, chances are that you already know how loving they can be. They’re always happy and ready to help those that are in need. The best thing about the Pig woman is that she’ll always see the best in other people. Women born in the year of the Pig are basically givers. Consequently, they’re always ready to offer their best in the relationships they’re involved in.

The understanding that Pig lovers bring to relationships has a large impact on their sexuality. They easily attract people close to them. This is a good way to kick off relationships without having to go through a lot of convincing. As vulnerable as they can be, Pig individuals are slow and steady when sex is brought to the table. The first thing that they’d want is foreplay. Generally, try and create a romantic environment where the Pig’s emotional nature would let themselves loose and appreciate the romantic moment you’re about to have.

A number of women may be interested in Pig men. Unfortunately, they’re generally quite shy. Some might also consider them too feminine to be approached but this is just their humility. When you get to know them better, they’re very romantic people. They’ll be passionate about the relationship that you share. This implies that they find it easy to give. The aspect of giving and taking in a relationship is what they understand best. With regards to pleasing each other sexually, Pig men will bring their stamina to the table. Certainly, he rarely disappoints in this area.

Men often see Pig women as individuals that should be protected. This is an aspect that makes Pig women easily approachable for men. As such, it’s quite rare to find Pig women who’re single and lonely. Sexually speaking, Pig women might not be interested in getting intimate with their male counterparts. Remember, Pigs are good givers. This also makes the woman good in bed as she strives her best to give the man the kind of pleasure he’ll never forget.  A negative sexual trait, however, is the fact that she’ll never readily experiment with those she loves. As a result, men could easily get bored with the routinized way of getting intimate. Pig women should be extra careful about this.

If you’ve spent time with people born in the year of the Pig then you might have noticed that they’re very private. These people won’t want to be in the limelight. Therefore, they might also demand that your relationship remains private. This might sound awkward but it’s good to understand some of the demands that they might have while you’re still at the courtship stage. Pigs also desire to be pampered. This is one of the ways in which you would get to understand what is going on inside their hearts.

Pig men aren’t as introverted as you might assume. This is a man who loves to have fun, but only once you’ve won their trust. When dating him, you’ll have to get used to him making reference to his mother. He is a momma’s boy. Romantically, a Pig man will fall for you very fast. This is a major weakness that they suffer from as some may take advantage of their vulnerability with love. This could also be taken as an advantage as they approach love with the seriousness that it deserves. Therefore, it’s best that you chase after the Pig man when you’re certain of your feelings for them. The Pig man has a tender heart and once you win him over, he’ll have a soft spot for you.

The ease of falling in love with the Pig woman is simply incredible. She’s incredibly loving and will sacrifice her happiness just to make sure that you’re happy in your relationship. She’s always ready to go the extra mile and this makes her a perfect partner for those seeking long-term love affairs. In addition to her compassionate nature, she’ll remain true to you and she expects the same from you. Unfortunately, women born in the year of the pig can become clingy, which scares aware many potential suitors.

So, are you in love with someone born in the year of the Pig? One thing that makes it easy for relationships with these people to flourish is the fact that they’re sweet and kindhearted. They’re also caring in nature. Pigs are aware of the demands that fall on their shoulders when they enter into romantic relationships with others. Having mentioned that they’re all about giving, you might see why the Pig makes it easy for other signs to fall for them. Whether man or woman, the Pigs would stop at nothing to make sure that they win smiles from your faces. People born in the year of the Pig are worth marrying. Nevertheless, a negative personality that might ruin things with other signs is their possessive personality. They would want to be involved in an exclusive relationship where you only get to kiss and make love to them alone.

The mere fact that Pigs are easy to take advantage implies that they might not be good with money. Their close friends will be lucky that the Pig easily gives them money whenever they ask for it. They’re compassionate and thus they’ll offer all their investments to those that need it most. It’s for this reason that Pigs could be ideal managers for charity organizations.

People born in the year of the Pig could be regarded as some of the luckiest people in their career paths. Their hardworking natures are easy to spot which make them perfect for the job positions that they’re involved in. Pigs would thrive in careers such as caterers, designers, doctors, hospitality, entertainment and psychiatrists.

For Pigs to have a healthy lifestyle, they ought to avoid the idea of going to extremes. For instance, they should reduce their eating and drinking. If they smoke, they should also do this moderately (not smoking at all would be best, however). Moreover, Pigs should be made aware of the fact that eating a balanced diet goes hand in hand with regular exercise.

Pigs love the idea of living a happy life. Sadly, they might be too lazy to appreciate the need to exercise regularly. Some workout routines that would suit that Pig includes aerobics and weightlifting. Aerobics gives them the opportunity of indulging with some of their friends which would, therefore, boost their social life.

Individuals born in the year of the Pig have an excellent taste in fashion. This is one area where they can be quite choosy. Bearing in mind that they have a large social circle, they don’t want to be considered as the odd one out. Pigs have a thing for gold and brown colors.

Compatibility with other signs

Pig men will often find it easy to get along with people born in the year of tiger, rabbit and rooster. On the other hand, relationships might suffer when paired with those born under the year of the snake, dragon and ox. As for the ladies, the horse, sheep and dog might make ideal matches. The rooster and the monkey would be the worst matches for the Pig women.

Without a shred of doubt, Pigs are perfect matches for individuals seeking for long-lasting relationships. They’re easy to get along with which is an attribute that makes them lovable. The only challenge that they offer other people is their mysterious ways of doing things. This makes it hard for people to understand them and appreciate who they are.