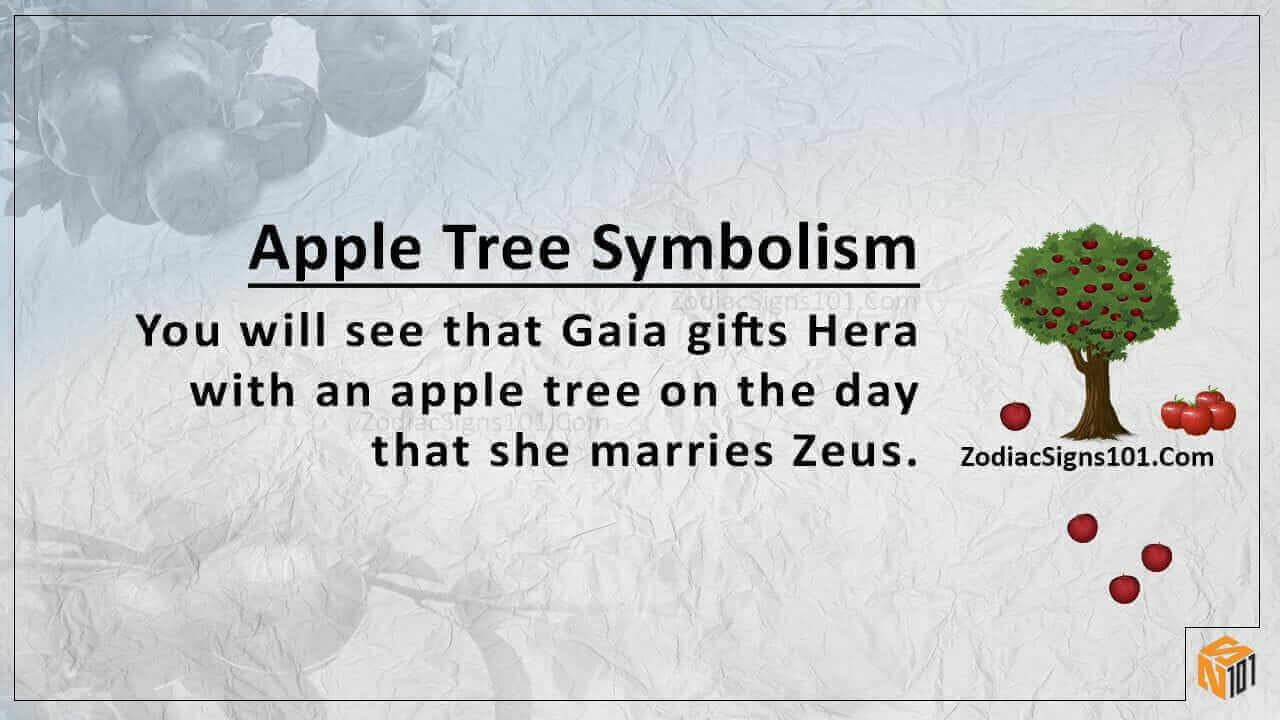 Apple Tree Symbolism: What is the Significance it has in your life?

The apple is one of the individual trees from the ancient times that has a strong affiliation with the divine beings. It also has a connection with some of the positive attributes that can elevate your mood. Take a look at ancient Greece; its mythology bears the apple tree as a sacred tree. Moreover, it symbolism stands for a person’s future happiness and good health. Alternatively, some of the folklore and people associate it with the meaning of love and Aphrodite.

This was the Greek goddess of love. You will see that Gaia gifts Hera with an apple tree on the day that she marries Zeus. On the other hand, the apple tree also appears in Norse mythology. Here there is a goddess Idunn who is the sole guardian of the apple tree. Also, this apple tree has a unique ability to rejuvenate the gods and goddesses to remain young forever.

What is the Symbolic Meaning of the Apple Tree?

In the ancient days, many thought of the apple tree a symbol of love, peace, truth, beauty, honesty, remembrance and fertility. They would look at the tree and realize that it was enlightening in y possible way. More so, the apple tree was the symbol of creation and a reasonable sense of creativity. The apple tree and its fruits have been the center of attention of many of the artwork over the years. So, it is one of the symbolism that has a close relationship with the trait of virtue.

Plus, it also has the attribute of nurturing or motherhood. Alternatively, you can also associate it with a symbol of purity and divinity. Some even say that the apple has the formation of the female form. Thus, this is one of the reasons why it has a connection to feminine power. Some people even have gone as far as to burn the apple wood to mark the rituals of fertility. Therefore, when the apple tree blossoms in the spring, it symbolizes the possibility of continuation of a larger family.

The biblical history of the Apple Tree Symbolism

The apple tree is one of the trees that you will literary find in most parts of the world. Therefore, its symbolism may vary depending on the history and culture of its geolocation. We get the reminder that we need to work with the apple tree symbolism just like we do with totems. The relationship is never absolute, but when it kicks in, it has to be mutual.

In the story of the garden of Eden, there was an apple tree right in the middle after Gods was through with creation. Also, he gave explicit instructions to both man and woman not to eat from it. He went ahead to say the if they did they would gain the knowledge of the world. The good Lord did this in an attempt to preserve the innocence of humanity.

However, curiosity took over, and the woman took an apple from the tree after consultations with the devil. The devil came to the woman in the form of a snake. Upon receiving a bite and convincing man to do the same, they both realized the difference between good and evil and they were ashamed. So, they hid from God. After this, the Lord sent them both out of His garden and cursed them both.

What does it mean when the tree Blossoms?

The apple tree takes its time only to blossom in the springtime. During this period, it shows the world the white and pink flowers to mark its beauty and potential. It reminds the farmer that it is ready to start creating a new life. Therefore, the apple tree is the symbol of fertility like the moon. Also, it marks out the possibility of a bountiful harvest. In the ancient days, people would borrow the apples floral scent to light their bedrooms.

Dream Meaning of the Apple Tree

Do you know that you can dream about an apple tree? However, the visions that you get here may vary depending on the details of the dream. So, you may want to be very keen on the image that the apple tree paint in your ideas. These dreams also have a niche of influencing how we view our lives after the goal. Most of them are always positive so, you need to pay attention to the detail of the dream.

It means the there is no prospect in what you are currently handling. So, it’s time to find something new.  Also, there is the dream of the apple tree the blooms in the harshest of the conditions or weather. This is trying to tell you that you are tight and the standard guidelines of life don define you. Plus, you can do things your way and making it in life.

The apple tree symbolism helps you know that you have the chance to make a better life. Also, it has a close association with the working of the spiritual being. Plus, it is one of the most common fruit trees in the world and means a lot to people.