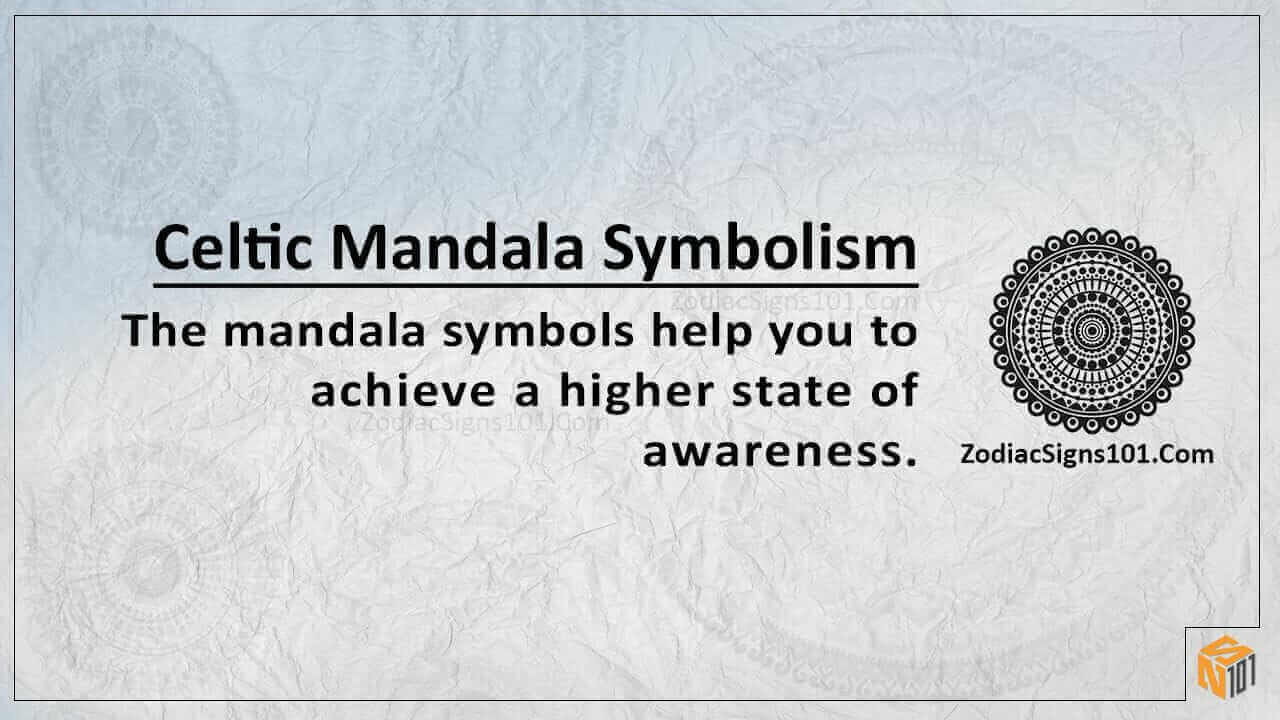 Celtic Mandala Symbolism: Finding the Change Within through the Mandalas

There are various significances to the Celtic Mandala Symbolism that are important to you as a person and can influence your life positively. The ordinary meaning of the Celtic mandala is spiritual growth and going after your dreams in life. Also, it will help you learn the purpose of the visions that you may have. On the other hand, it will aid you in determining the ancestry of the Celtic people.

In most of the cases, the mandala symbols help you to achieve a higher state of awareness. This can come from focusing the energy that you towards attaining such goals. Many thought if it as the path of clearing one’s mind and looking into their souls. Through this, you can also have time to communicate with the energies of the universe.

One can look at it as the best way to get a spiritual base to help them in the quest of gaining divine wisdom. Remember that not all the Celtic mandalas are not the same. However, they all have a central point in which the Celtic symbols joining them form the outer circles. In most of the cases, there will be a pattern that will repeat itself around the circle to create an appealing design.

In this article, we shall be covering the various mandala symbols that are good for meditation in the Celtic orders. Here are some of the Celtic mandalas and their symbolism.

The Symbol of the Celtic Knot

There is unique beauty to the meaning of the Celtic Knot. Strangely though the influence of its powers, it usually signals to us to check into the essential purposes of our lives. Also, there is a hypnotic flow when you look into the meaning of this Mandala. When you are looking into this meaning, you are probably wondering how it influences your decision.

In its unique way, it will show you how well it affects your life and the elements around it. It also has the power to show you how there is a super interlink between this world and our ancestors. There is no limit to how one can imagine the use of this mandala. It gives you free rein to let your mind go wild and free. Just like the weaves of the knot slither your way through life to connect to all the realms.

The Symbol of the Celtic Spiral

In the ancient world of the Irish people the Celts, the spiral is one of the everyday things that you are most likely to lay your eye. This is because they would use them everywhere and mean different but at times similar reasons. The spiral symbol is also available in many other cultures around the human realm. Therefore, some of their meanings would be a little bit similar. In the world of the Celts, the spiral was the symbol of spiritual awareness and awakening in some circles.

Therefore, it was one of the most powerful signs in the Celtic world. Also, some of the people like the druids thought of it as a path or door to attaining higher wisdom to help expands one intuitive thinking. In some way when you focus on this spiritual spiral mandala, you will realize that humans have a much higher purpose in life than just this one. Also, it will show you that we can transcend this world into the next.

Therefore, this is why many people of the Celtic world did not mourn the dead but rather honor them. Just like hypnotic sight of the spiral, we are also ever growing in mind, body, and spirit. Also, we have the chance to grow our energies. The spiral mandala has the power to bestow positive vibes upon us. However, it also ensures that we pass the same energy to other people that are around us.

In the dead language of the Latin, the meaning of the Triquetra Symbol loosely translates to the three-cornered. In many ways, it is the sole symbol of the Holy Trinity and the other ancient trinities in the Celtic world. There it has a special meaning that encapsulates to the various powers of nature, spiritual world, and man. In most parts of the ancient Celtic world especially among the druids, the symbol of the Triquetra was there for meditative purposes. It was one way that most of the people would find a direct link to the spiritual world.

It has the powerful sway that begs us to move into the center of the Triquetra Symbol. That way we can concentrate on the various thing that we would wish to communicate with the heavenly beings. Did you know that there is a possibility that you could channel the energies of the spiritual realms? Most people also often thought of the center of the Triquetra where there is a tiny hole as the path or portal to the other dimensions.

Therefore, through meditation, we could be able to channel the energies of the other dimensions to ours. However, the powers were always full positive vibe that could help most of the meditators reach their spiritual enlightenment faster. The symbolism of the Triquetra also explains to us the inner workings of the spirit world. Therefore, we should take them seriously as we could borrow something. Moreover, it can also teach you how to live harmoniously with the various elements of the world, environments and our neighbors.

The Celtic Mandala Symbolism has such interesting meanings and teachings to the race of man. It seeks to offer the people of the Celts the need for coexistence with their environments through the sway of the different mandalas. In a way, the mandalas are the best way that one can teach the new generation of their ancestry or that of the Celts. Moreover, some of the also serve as meditating tools that can help them reach out to the divine realm.  Plus, form this they can attain spiritual enlightenment and the higher wisdom of the gods