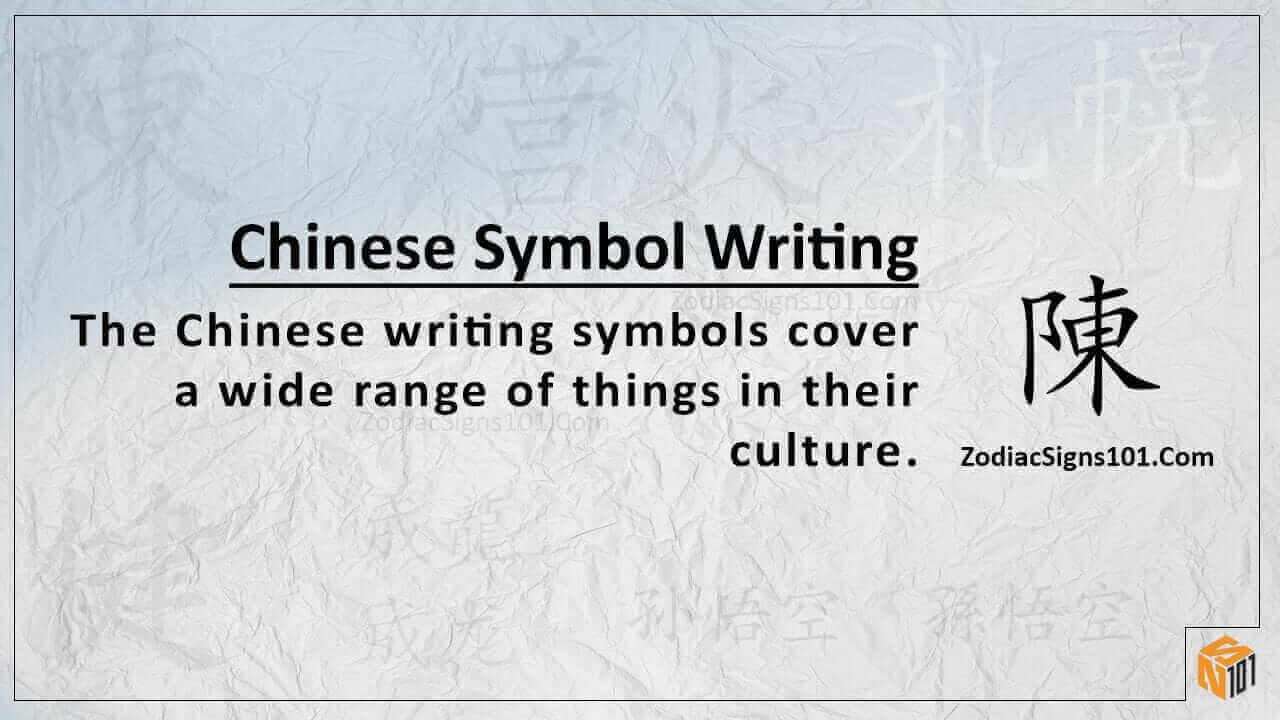 Chinese Symbol Writing: The Common Signs and their Inner Meanings

Several signs denote Chinese symbol writing today. In turn, they make up and capture the whole of the Chinese language in artistic style. One can say that these Chinese characters are the main or the epitome of calligraphy. Chinese writing symbols cover a wide range of things in their culture. Also, we shall look at the meaning, significance, and symbolism of the Chinese writing symbols.

In the ancient days, while the Chinese were still developing their characters, they used the symbols of animal like the bird. Or, they would use characters of places. Over, the time they changed the writing style to the new form and the left the pictures out. Some believe that the Chinese ancestors had lacked in forming these writing symbols.

However, over time the next generations would perfect the art. In the contemporary society of the Chinese, they have about 4000 characters that bear meaning. This is after they would leave most of them out due to lack of use over the years. Also, as time went by there are a translation of the Chinese symbols into English. Hence the formations of new characters and phrases.

Some of the Common Chinese Writing Symbols and the Meanings

The Chinese writing symbols is an ancient tradition that has been there for ages. Also, it has complex structures that mostly display them as art. These cultures cover most of Asia territories. Moreover, it has had a lot of influence on the lives and culture of the people of that region. Some of the underlying meanings of these Chinese symbols come from Taoism and Confucianism. Here are some of the symbols and their inner meanings.

When the Chinese are celebrating their new year, the sign of Fu is often present in most of the gifts and people’s mouths. This sign represents the meaning of good fortune, good luck, and even blessings. Most of them usually post the flag on their doors while it is upside down. They place the sign upside down to signify that good luck has come to them and their household.  Some say that the character of the Fu upside down sounds the same as that of came.

In the ties of the feudal Lords of China, they used this character to signify wealth, health and most of all happiness. Therefore, it was one of the signs that were famous and still is up to date among the Chinese. Alternatively, the emblem of Lu means refers to the salary of an official in the ancient days in China.

This is one of the symbols or signs that you need to know to show someone affection while using the Chinese characters. Therefore, it will be appropriate to stick it on things like a present that you may want to offer someone. Most of the times the sign Ai goes together with the word ‘Mianzi.’ You will get the full word of Damiani. This then loosely translates to the need to have concern over one’s face-saving. It means that you have the concern of maintaining one dignity in the community because you somehow care for them deeply.

This is one of the individual characters of the Chinese that they use together with the word Guo to refer to the United States of America. So, the Word Mei Gou refers to the U.S.A. However, the word Guo in this context is referring loosely to the meaning of a country. However, the word Mei on its bears the sense of unexceptional beauty. Therefore, you can use it to refer to the most beautiful or prettiest girl or lady that you have ever met.

He – Symbol and it Meaning

In most of ancient China, they prefer to live in harmony with the people around them. Therefore, there was a lot of love to go around in most of the villages. This is one of the traits the Chinese have kept over the ages. They prefer the love of family and the duty to them. Moreover, they realize that when you have harmonious relationships with one another, then you have progressed all the time. Plus, it makes the thing in your lives more comfortable and compact.

This is one of the signs that would signify the absolute meaning of wealth in Chinese culture. They believe that by having money and lots of it, you can always do what you set your mind. This is because the symbol of payment has been with the Chinese longer than most. So, they do appreciate the meaning of even the least amount of money. 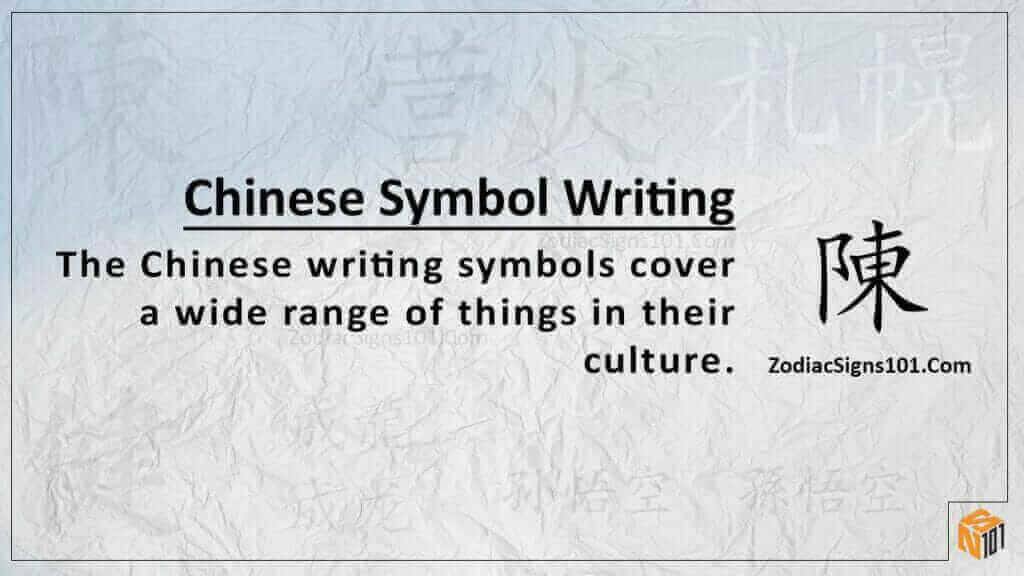 In Chinese culture, the symbol of De is the one responsible for the morals and the good virtues of the community as a whole. Also, some say that it has a hand in the matter of kindness. The Chinese also use it to refer to the country of Germany by adding the word Guo to it. So, you will come up with the character of De Guo.

These are just some of the many writing symbols that we can borrow from the Chinese symbol writing and meaning. However, you can take your time and learn others by applying for the various classes that offer the Chinese as a language. You can always infer their meaning as you go along with the study.

Many symbols of writing touches on various factors of life and their meaning. The logos are not an easy thing to master, so it requires time and patience. However, when you finally learn the purpose of these emblems, you will have an easy time understanding, appreciating, and applying them in your life. More so, so you can also teach other people about the rich history that comes with the writings of the Chinese people. On the other hand, you will also have the opportunity to compare all the things that you have learned to a different culture. This will help you expand your knowledge and wisdom in the matter of symbolism.