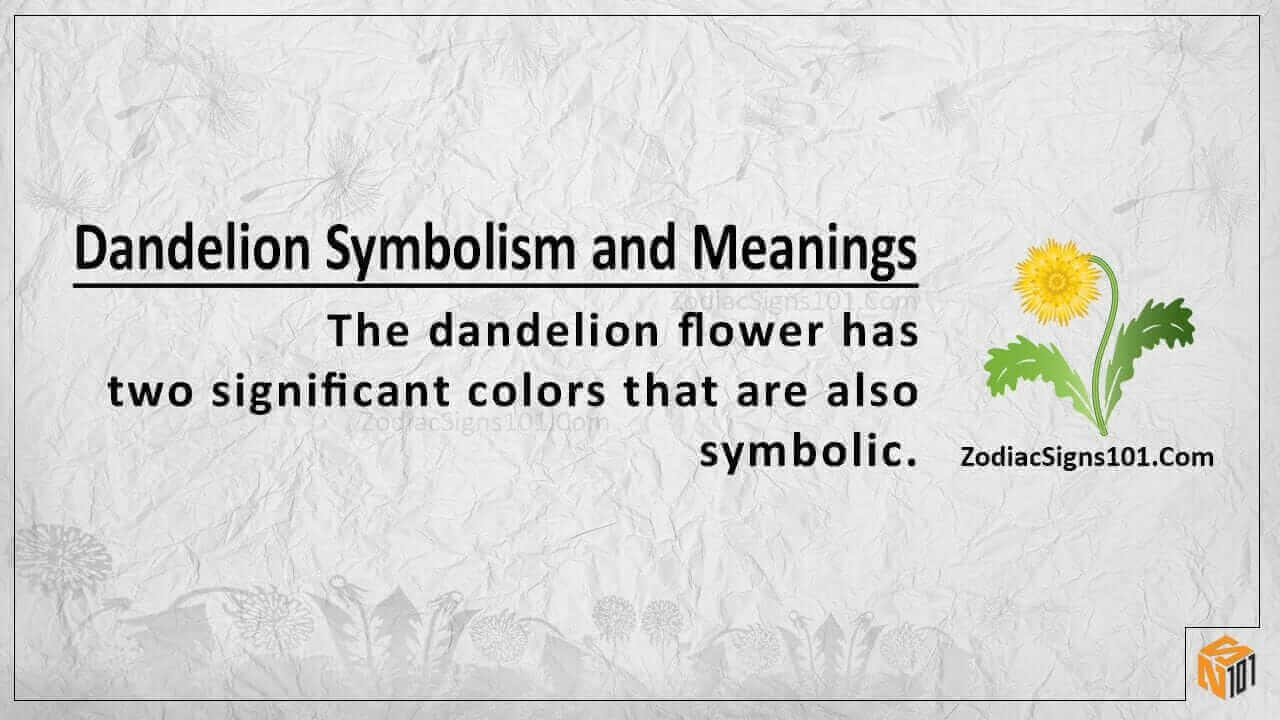 Dandelion Symbol: Understanding the Way It Influences Your Life

The dandelion symbolism has a lot of influence and lessons that it can impact on the lives of the people that believe in its teachings and symbol. However, one can say that it is one of the underappreciated plants in our current society. Did you know that the term dandelion is a French name the loosely translate to ‘Lion’s tooth’? Although, if you take your time to learn the symbolic significance of the Dandelion, you will realize how valuable it is.

To many people, the dandelion is a menace. Therefore, they fail to value their inner meanings. Apart from the definite symbolic meaning of the colors of the dandelion, you can also look at its roots. The plant can practically grow anywhere at any time. The dandelion flower has two significant colors that are also symbolic. Just like the daisy, the dandelion is one of the spring blossoms. Therefore, it shares some of its attribute with the daisy. In the hands of healers, the dandelion if the work of magic and can do a lot of meaningful wonders.

Dandelion Symbolism and Meanings: How it Associates with the Meaning of Fire and Sun

The dandelion has a close association to the symbolism of sun and fire in the sense of the attributes like warmth. Also, they share traits like growth, clarity, radiance, healing, and illumination. Moreover, the petals of the dandelion have a similarity to the rays of the sun. Therefore, in some sense, it can be able to shine different areas of your life that are dark by giving some of the above attributes.

Despite the dandelions general demeanor, it is one of the positive symbols. It will help you heal, attain happiness, and rejuvenation. Also, it will impact your life with the signs of joy when you take a look at them in spring. This is because they usually paint a beautiful memory that is bound to light your day. On the other hand, since the dandelion is a weed people typically try to kill them by spraying pesticide on them

However, dandelion is one of the flowers that you have to get out by plucking it from the roots. This shows how resilient the dandelion is and the lessons that you get from it. You don’t always have to budge because you don’t fit. You can come back and show those people that your sway and that you don’t live your life by their rules. Also, it shows the will to survive the stormiest mess that sweeps across your life.

Symbolic Meaning of the Dandelion in Legends

As per the tales from the ancient times, there is a suggestion that if you blow under the dandelion or puffball, you will meet your soulmate. However, there is a catch to it all. The blows you make under the puffball shall signify the number of years that you stay before your soulmate comes to you. So, you may want to avoid blowing at one of these if you have a tiny lung. On the other hand, those thought that blowing the seed of dandelion will mark the direction in which your fortune lies.

However, the dandelion healing power in the folklore has proof of healing with modern medicine. Some use it to calm nerves by mixing it with pots of tea. The tincture that you get from the roots of the dandelion has been known to have medicinal value. It has the properties to cure inflammations in the body. Some even take it to help the cure urinary tract infections. Some people also use them as food additives to help with blood circulations.

Spiritual Significance of the Dandelion Symbol in Different Cultures

Apollo was a Roman god of the sun. Therefore, the dandelion is a perfect fit to represent him to the people. The god Apollo had the dandelion as one of his medicinal healing plants. Moreover, over time, the scientists have proven the dandelion does have healing powers.

In his period Belenus was one of the deities of the Gaul’s and Celts as one of their sun gods. Some say that the name Belenus translates to mean the bright one. Therefore, the dandelions connections with the attributes of the have interlinked them. Also, these people would hold festivals for the god Belenus during their spring ting time.

Hecate was one of the ancient oracle goddesses. She was the goddess of prediction and prophecy in her time. However, she was also responsible for the clarity of visions, dreams, and intuitions. 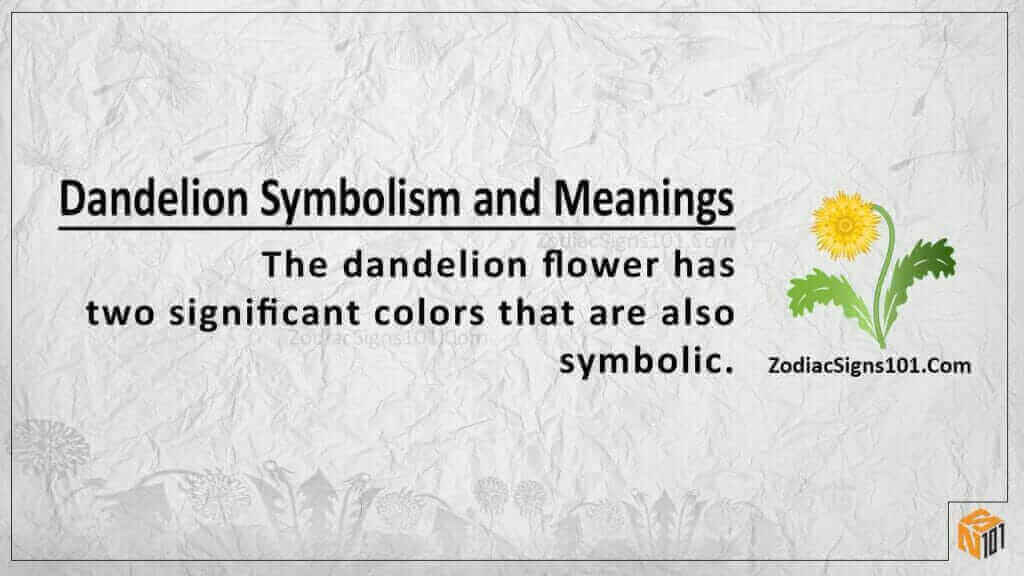 What is the Meaning of the Dandelion Flower?

As per the text in history, the term dandelion first came up in the 15th-century from the Latin to mean the den of lions. Some even thought of it to means the lion’s tooth. The French came up with translation to dent-de-lion. Later the English phrased it to dandelion. The name caught up and is still in use even today. However, the dandelion didn’t make it to Lady Mary’s language of flowers. However, it always made a lot of impact throughout the centuries to show its resilience just like the weed that it is. It has shown people that it doesn’t need to be in fancy thoughts and ways to make a difference. Thereby it has done it all on its own.

Well, I have not seen a flower that has not meant a lot to people in life, but yet it still makes such a significant impact in their lives. Moreover, it has managed to create a name and meaning for itself that rivals the other essential flowers. Uniquely the dandelion is one of the crucial symbolic flowers in history despite being looked down. Also, it has a lot of teaching and influence that it can bear upon the lives of many people. Besides that, the dandelion has medicinal values that can help people relax, and even treat inflammatory in their bodies. Therefore, the dandelion, in my opinion, is not a weed but a symbol of purity, resilience, and growth.