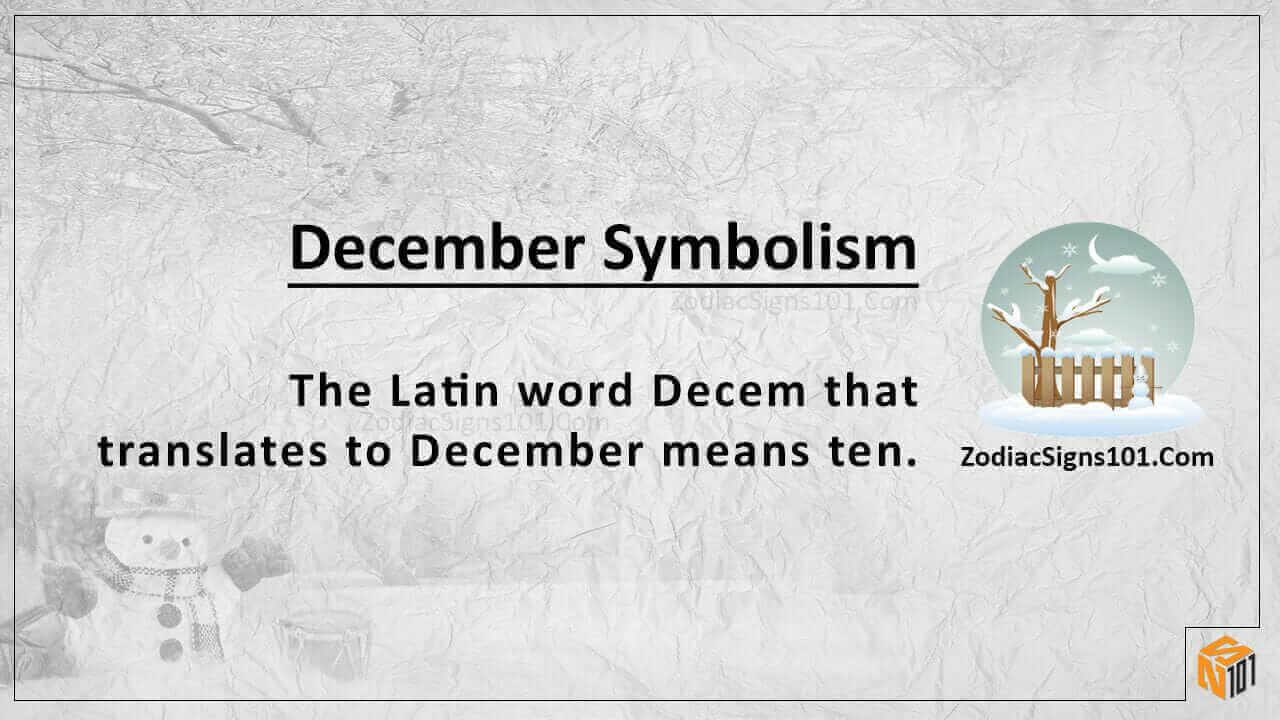 December Symbolism: The Influence that Your Birth Month Has On You

Under the reading of the Gregorian calendar, December symbols state and mark the end of the year to many people around the world with a lot of meaning. December is the last month of the year. However, a long time ago before January and February got included in the calendar, it used to be the tenth month. Although, it was still the tenth month of the year. This is one of the reasons why it has the name December from Latin Decem. The Latin word Decem that translates to December means ten.

Furthermore, December has a prominent significance to the people of the Northern hemisphere. This is because the North pole is going through the season. So, the symbolism that is having any association with winter can relate to December. Moreover, it is the end of the year, and people are happy around this time of the year. They will get time to reflect on all their hard work. Plus, they have the opportunity to relax and make new year plans.

The month of December signifies the end of all the bad parts of your year. Also, you can look at it as an opportunity to move or transition into a new year that is full of hope. It is the month that open ways to the Chines New year. Therefore, you can say that it is a gateway to a new life. Alternatively, the month of December represents the celebrations of the baby Christ. So, in most of the world, it is a merry time of the year.

December Symbols: What Should You Do in December?

The season of the winter avails you with the time to pause and repurpose your life.  Also, you can do a little reflecting of the year that you have had and on what you can improve in the next one. So, it is that time of the year for you to come up with new year resolutions. Try and keep them realistic and attainable. Plan for your future and make sure there is room for improvements.

Also, don’t forget to be merry and join the family and bask in their love. Try and bring your people together and remind them of the importance of being a family. Also, relax and appreciate yourself for the long hard year that you have had. Try and get the company of your friends too and feast with them. The month of December symbolizes that time of the year for you to purify yourself. As for me, I prefer to look at it as the time to rejuvenate.

December Symbols: The Month of the Christmas

In most of the world, people are always looking forward to December with a lot of eagerness. However, Christmas is not a celebration for everyone so the symbolic meaning of December may vary depending on the people and their culture. To the Christians, they will strictly observe the month of and the day that Christ was born. However, not everybody is celebrating such. They would prefer Christmas as family time. Just like Thanksgiving, it is the time for the family to get together and appreciate one another. They will feast and make merry and drink eggnog. Many of them will be winding down.

The Representations of the Zodiac Signs in December

The people that come at the beginning of the month are the Sagittarians. They fall under the sign Sagittarius. Plus, they have a lot of focus on intellect and philosophical progress. They usually do this through experimentation and observations. In most part, the Sagittarians have an interest in matters that of fluidity and sweeping motions. One can say that they are an optimistic lot. Therefore, they are always positive even if the situation at hand in dire. They usually inspire hope, and their positivity rubs off on other people. So, their surroundings always positive.

The Capricorns are the persons that fall in the Zodiac sign Capricorn at the end of December. In most of the cases, they are a headstrong type of people. On can also call them severe or stern. When you meet one of them, you may feel intimidated by the due to the persistent willful nature. Moreover, they have the urge to always dominating all of the things that they have. Alternatively, one can say that their stubborn life and determination is inspiring to many of the people that lack it.

The Birthstone of December

Three birthstones capture the month of December. Here are they;

This is the symbol of prosperity in most of the cultures around the world. Also, it has a healing power that can make one feel whole. In the culture of the Native Americans, they would use the stone to decorate their weapons. However, the Persians thought of it as the stone of physical reflection of the heavens. On the other hand, the Tibetan monks believed of it as a stone of wisdom. 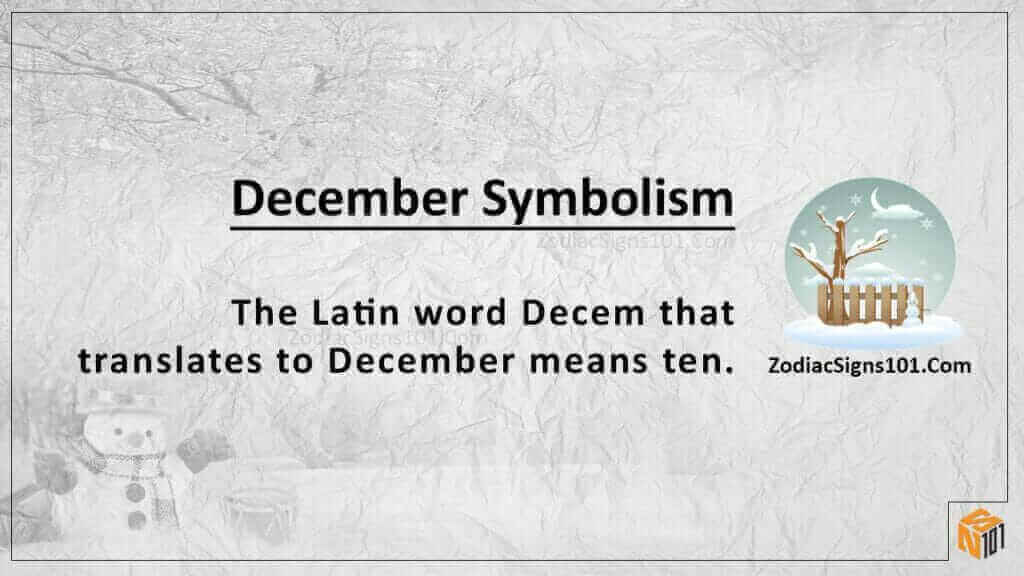 The Persians us this stone as a charm to help the people with sleeping disorders. Also, some of them thought it as the stone that could attract prosperity. Moreover, like a chakra, it can help inspire love and compassion.

This one is one of the spiritual gems and is blue and green. It has its origins from Tanzania. In most of the cases, this stone is used to ward off evil spirits and protect babies.

The symbolic meaning of December has a lot of purposes. Also, there is a lot of other symbolism that associate with the significance of December. However, they all provide positive amplitude towards the people that are born in December. Plus, the meaning and the attribute that they provide requires that one to master their faith and belief before they can apply them. Moreover, December is one of the moths of the year that allow you to renew yourself. It provides you with a resting period that you can use to rejuvenate and make new moves in the new year to come.