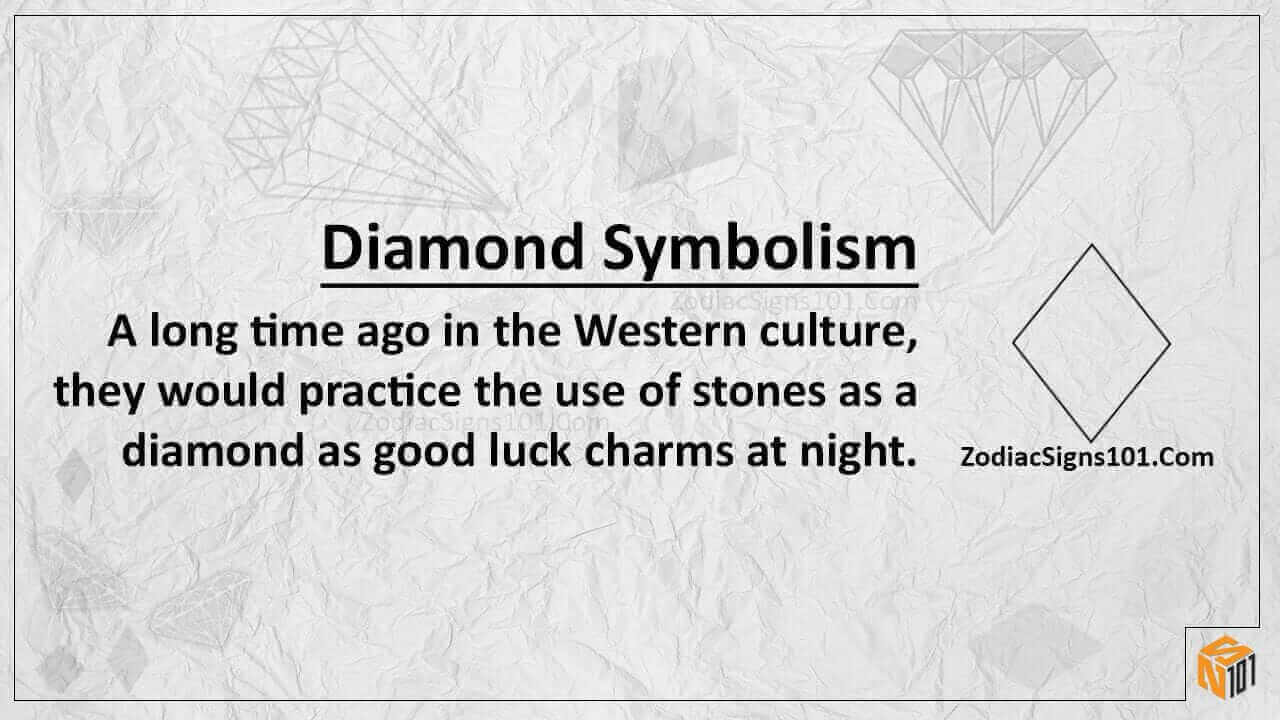 Diamond Symbolism: Some of the Secrets that it has for you

Do you anything as what the diamond symbolism means to you or your life? This analogy is one of the ways that people came up with referring our traits and actions to those of objects. Therefore, it is an essential part of our lives and means a lot to those who know and appreciate its value. The symbolism of an object can help understand and relate to the traits of an object in a way that you usually cannot.

So, for example in this case symbolism of the diamond is one way that you can use to relate or compare somethings in your life. The diamond is one of the most robust and hardest material that naturally form under some hard conditions. This is what helps gives it its beauty and the marvel that many people have over it. Besides, it has been a stone of value for many years.

On the other hand, the diamond is a precious stone that only the wealthy usually associate. Moreover, as time went by it has become a commodity that many people give their loved ones as a sign of appreciation. However, back in the day, the ancient Greeks would where diamonds in the effort to help strengthen them in times of war. They had the belief that the stones would harden their muscle and make them invincible during the time of war.

Symbolic Meaning of the Diamond

In the ancient days of the Native Americans, they would put a lot of value on the symbolism of the diamonds stones. Moreover, they would look at the basic structure of the diamond to represent that like a butterfly. The butterfly according to these people was the sign of immortality. Therefore, the stones also would bear the same meaning as the butterfly.

Since the diamond had a close association with the butterfly, they would then compare a lot of their traits. For example, they would say that the path of a man after being born would not be secure. This is because like both the butterfly and the diamond they had to undergo some hardships before they could gleam and shine.

Plus, the diamond means that it’s that time for you to get some enlightenment your life. Also, there is the reminder that things have immortality including the lives of human beings. Besides, there is a good chance that there is reincarnation as per the belief of the native Americans. Also, they hope in the fact that if you finally die then your soul would move to the spirit world.

Strange Powers of the Diamond Symbolism

According to folklore, diamonds have some mystical powers and traits. Moreover, some even say that diamonds also have healing properties. According to the diamonds have a close association to the 7th Chakra and Sahasrara. The combination of these two could be used to help heal the mind and body by uniting them.

Furthermore, the diamond is one of the precious stones that are very hard. Besides that, it also has the powers to open some of the spiritual pathways that we need to uplift our lives. This is one of the reasons why some of the people call the diamond the stone of truth. Plus, it is also stone the resemble what perfection should be.

Moreover, they also say that if you wear a diamond, it will bring you clarity about your life. The clarity that is in question here is to help you attain some positive and genuine answers and resolutions in your life. Although, some even believe that they can also improve their energy like ancient Greek warriors. 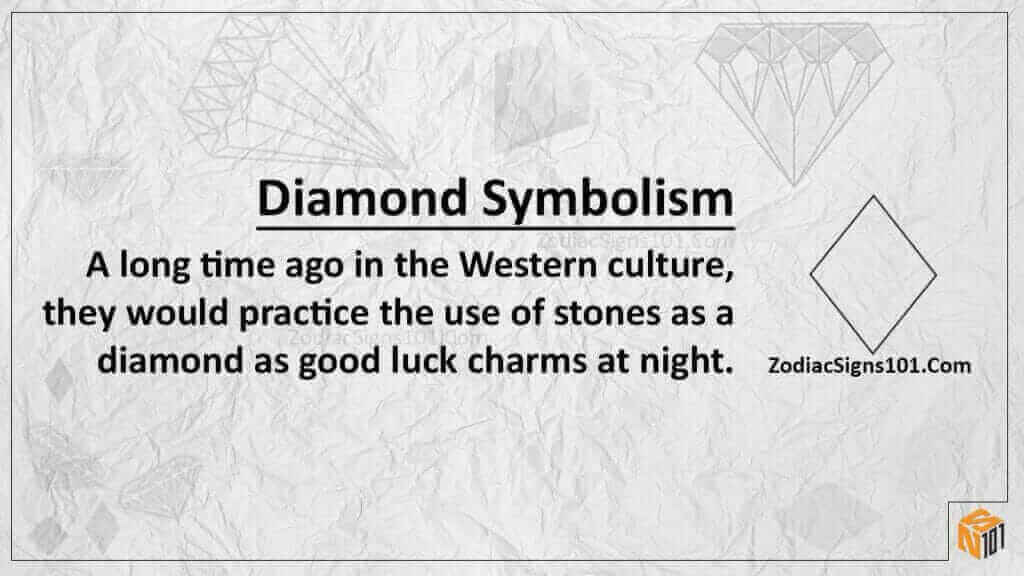 Alternatively, when you have diamonds, they will help fill your heart with purity and love. By doing so, it will help you manage to attain most parts of your dreams. Therefore, you will not have any problem with achieving or reaching your destiny in this life. So, the central symbolism of the diamond is to bring calm, comfort and inner peace to those who wear them.

A long time ago in the Western culture, they would practice the use of stones as a diamond as good luck charms at night. They had the belief that the rocks would help the ward off threats against animals and evil spirits. Also, it would serve as protection against a curse from witches and wizards. Moreover, apart from keeping the evil spirits at bay, the diamonds would also prevent any nightmares from ruining their sleep.

In some of the cases, some of the people thought that the diamonds would help prevent them from contracting diseases. This was such a wrong way to look at the diamond as not so many people could afford such luxury. Some people in the dark ages also claimed that the diamond was the devils Achilles heel. Therefore, it was a good idea to have one at all times.

On the other hand, some of the people had the belief that the diamond was the best way to cure insanity. At one time one saint said that if you made the sign of the cross while holding a diamond on the other, it would help bring out the benefits of the stone.

Diamond symbolism like most of the symbolism represents the traits that you can use to compare it to something. This is a good thing as it opens up ways in which one can learn so many things about the history of the diamonds. Moreover, according to folklore, the diamond was one of the ways that you can bring peace to someone. This is because the diamond is a comforting stone. Plus, it also has healing powers, and some people use it to ward off evil spirits. Also, they say the diamond is one of the devil’s worst enemies and will keep your dreams safe at night.