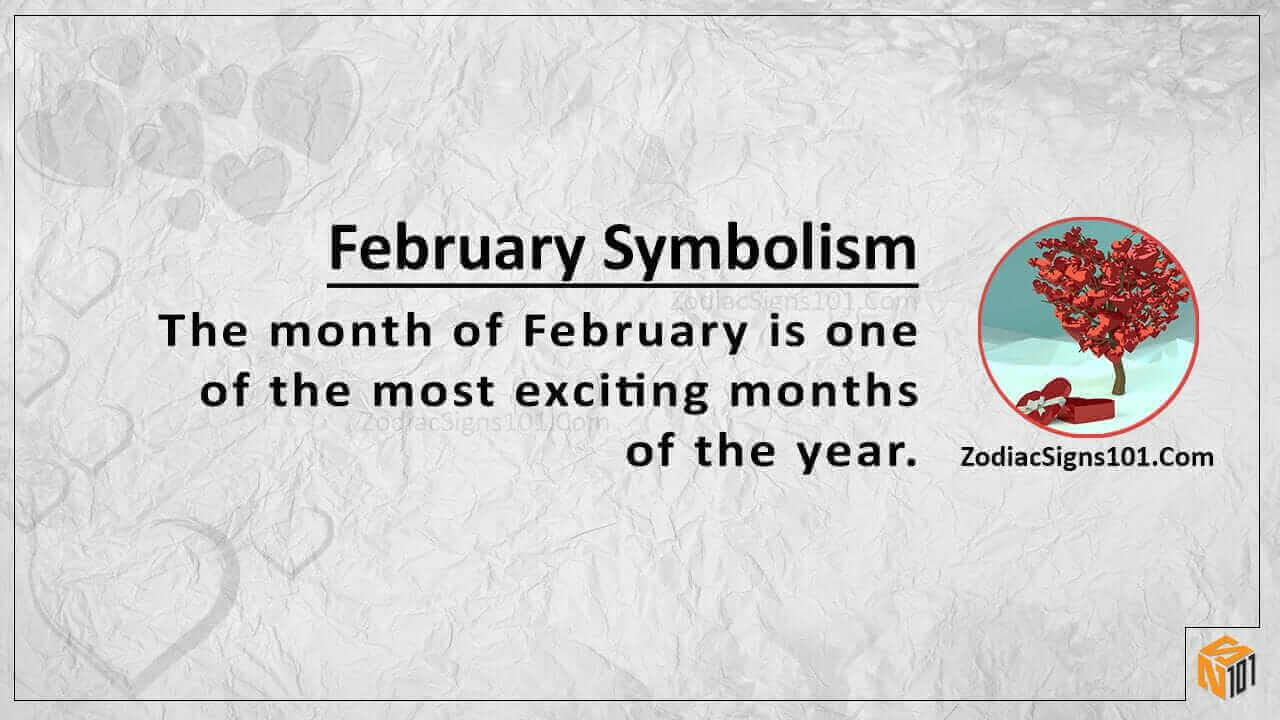 February Symbols: What does this Second Month of the Year Mean to You?

The best way for you to grasp the February symbols is by taking a look at its etymology. So, the word February comes from the Latin word Februarius. The other term that is similar to February bears the meaning of cleansing. So, in the ancient Roman empire, they would call the month of February as the month of purification. In this month, they would hold celebrations to get the focus of the realm on the path of righteousness.

The month of February is one of the most exciting months of the year. In a way, it has the power to let you relax a little before you can go back to work. It is the month that gives you reprieve to check if you are following on the new year resolutions that you had. So, I can say that February is a transitional month into the better part of the year. Up in the North, by February, the snow is still thick, but there is hope the spring will come about soon. Some may say that it is the initiating part of the seasonal changes.

Several symbols will help you discern the inner meaning of February symbolism and its Significance. Here are some of them and their symbolic meanings.

The Rowan symbol is one of the Celtic symbols that represent the second month of the year. It was one of the trees that inspired wisdom and the urge to seek new knowledge. It also describes the goddess Brigid as this was the time of the year that the Celts would pay homage to her. Therefore, the Rowan was a symbol of discernment, transition, protection, and balance. The Celts would use the Rowan tree as witching sticks. Also, they were used to locate the best locations to dig wells.  In a way, this signifies the need for a spiritual path that you can take up in your life. They would also invoke the Rowan tree in February to help them get clear visions of their lives.

The ash symbol is still one of the trees that captures the symbolism of February in the Celtic realm. The ash tree also is one of the transitional symbols of February. It is the time of the year the spring is just beginning to take shape, and the flowers from all are beginning to blossom. As per the beliefs of the Celts, ash was one of the symbols of creation. Therefore, it has the power to connect new life the awareness that we are having. Also, the ash is a symbol of rebirth, just like the many other symbols of February. It can inspire the attributes of protection, creativity, connection, inspirations, and motivations.

Did you know that the flower of violet can blossom in the winter cold? In some sense, they are giving us hope of the new season that is about to come. Moreover, by the time we get to February winter is getting boring and the holiday season is over. It is time to get back to work. Also, they mark the transition period of the winter into spring. So, when you see the violet flower know that spring is just about to take over. In most of the cases in the old days, Violet was one of the flowers you could wear on the head like a crown. When you do this, it symbolizes the protection that you on your mind. It also has medicinal values. Therefore, they would prescribe for headaches.

The Symbol of Primrose

The primrose is one of the symbols of February. It is one of the flowers that will blossom just before the beginning of spring. It has the inspirational power of courage because it always takes the first step to bloom before the season of the flowers. The other attributes that you can borrow from it are devotion, renewal, and love. All of these are some of February’s symbolic meanings.

On the other hand, the flower of primrose is the unique symbol of the Norse goddess Freya. They thought of it as the path or gateway to the land of the fairies. To call on the attributes and teachings of the primrose, you meditate on it.

There is no way that one can mention the symbolism and inner meanings of February without touching on the most important day of all the valentines. This happens each year on the 14 days of February. It is also known the St. Valentine’s day. This is the day to honor one Valentine who chose to marry soldiers despite the ruling against the notion by Claudius. Then Claudius arrests him and chops off his head. Alternatively, the day is from the Lupercalia that was one of the ancient festivals. The Lupa was a she-wolf and was the one that helped raise the founders of the Rome empire Remus and Romulus. So, they would celebrate the 14 of February to mark the Lupercalia. 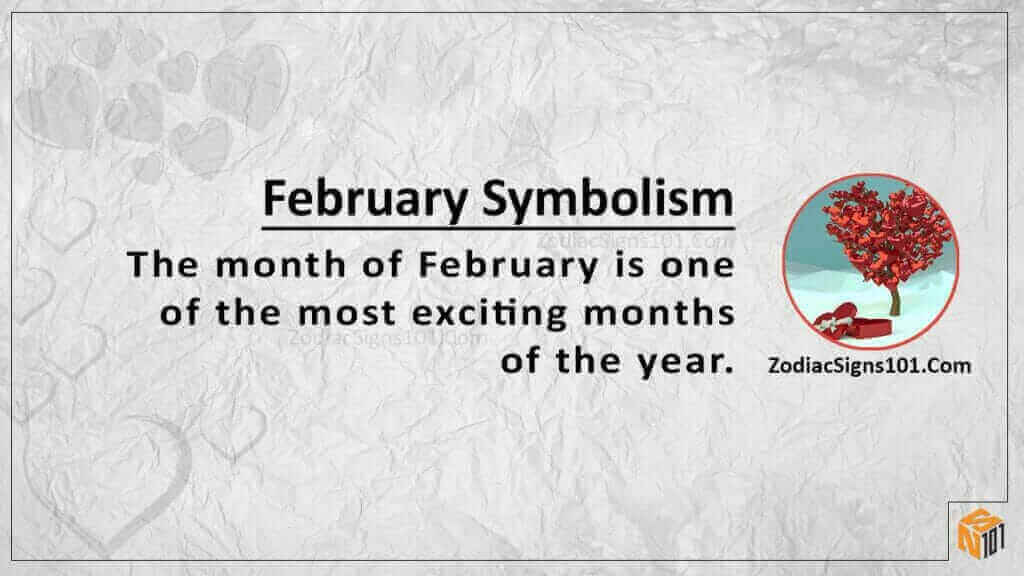 This is one do the days for the ancient Celts as well. They would use it to mark the halfway point of the winter solstice and the vernal equinox. Also, the February the first symbolizes the starting point of the returning of light to the Northern Hemisphere. By then they light up big bonfires to give thanks and celebrate. It was the time that they would mark the beginning of the new agricultural year. So, the Celts would do all of these to honor the transitional period of the season. They could hold the ceremonies in honor of a Celt goddess Brigid who was also the goddess of fertility and abundance.

There are a lot of symbols that captures the symbolism of the second month of the year. Therefore, to explain or understand it, you may need to read up on them. Also, with all these symbols, February has a lot of teaching and inspirational attributes that it can offer you. So, all you have to do is be able to your mind and heart to the possibility of channeling them to your advantage. Anything that you don’t comprehend you have the power and the right to meditate in your way to achieve higher connection and knowledge of the attributes.