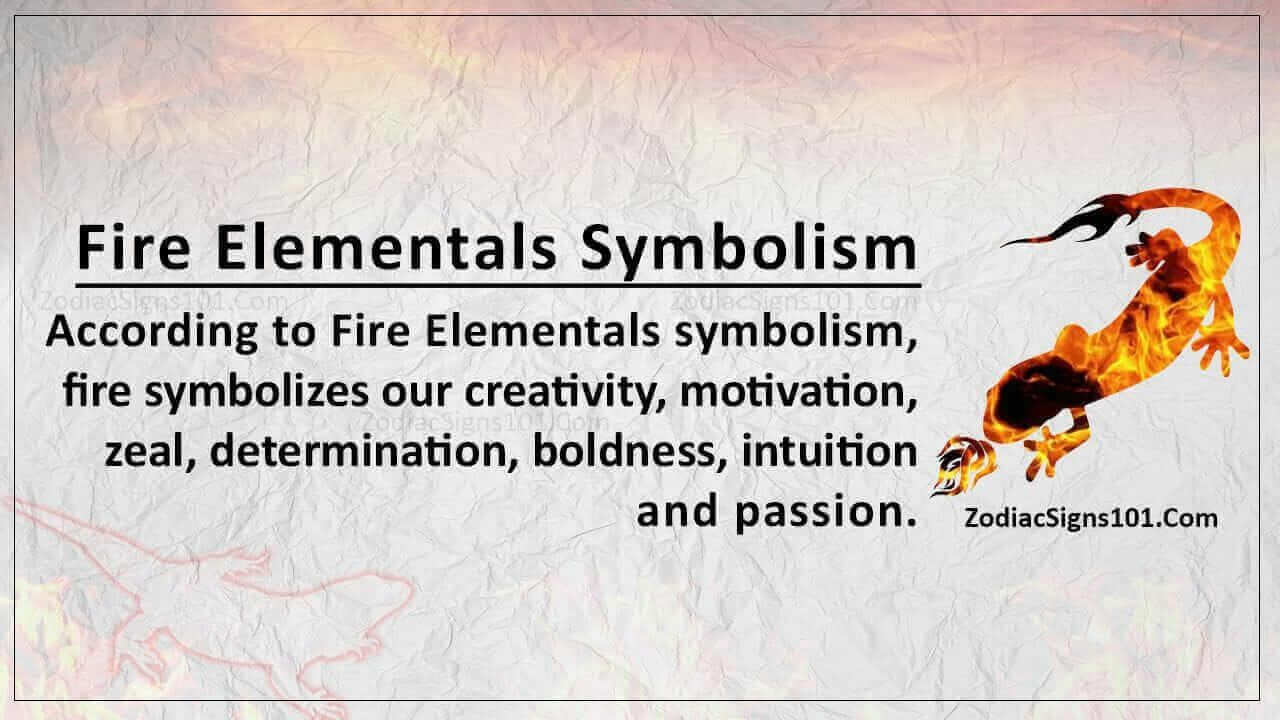 There are four types of elements, these are, Air element, water element, fire element, and earth element. This article is going to give us an insight into the fire element. According to Fire Elementals symbolism, fire symbolizes our creativity, motivation, zeal, determination, boldness, intuition, and passion. Fire drives us to become our true selves. The will and determination we possess emanate from the existence of fire in our lives. In spirituality, fire symbolizes Divine Fire that is present and burns in every person’s soul.

Fire Elementals symbolism reveals that fire has a special place both on the earth and in the divine realm. Fire burns with great power hence the need for moderation in our dealings with it. To be able to connect with the true meaning of the fire element, you need to be able to tame fire. Fire consumes due to its hot nature. However, it offers warmth and light at the same time. This means that when it is used in the right way, things will be okay. When it is abused, it is likely to cause destruction.

Salamanders are fire elementals. They represent the potential every human being possesses. The presence of salamanders is noticeable with the blazing of flames wherever the fire is lit. The salamander is a vessel that contains true and inner power. The fire element has the potential to consume anything on its path. It also cleanses the earth of all that is bad.

Salamanders reflect the aspects of purification, sexuality, activation, consumption, and assertion. They are the get keepers to the powers of the spiritual realm. Salamanders in the fire represent the intense energies that circulate in the earth. Different types of energies drive our personalities and decisions, and the fire is one of them.

When conducting shapeshifting rituals, people invoke the salamander. Fire Elementals symbolism gives us an idea of how fire possesses strong and mysterious powers. The salamander is unpredictable, just like fire. It can change into any form at any given time. The fire elemental salamander is not in any bit related to the salamander that crawls the earth.

The salamanders are mystical creatures. They come from the south. If you intend to work with them, then you should acknowledge their Cardinal Throne situated in the South. It is advisable to light any source of fire and burn incense at the same time to recognize the greatness of the salamander.

Many people love meditation hence the presence of meditative fire. It is essential that we keep the meditative fire burning to create a close connection with the salamander. The flame should be left to die down on its own without any interference. The moment this happens, then a purpose in your life will have been revealed to you.

Salamanders have a great relationship with fire. They rule the fire element with power and authority. These creatures come from the South and resemble lizards in their form. Belief has it that salamanders did teach humans how to make fire and its usage.  The fire became a part of human life after that. Fire is an excellent source of strength and vigor. Divine Fire burns in our souls hence the fiery nature that we possess as humans. 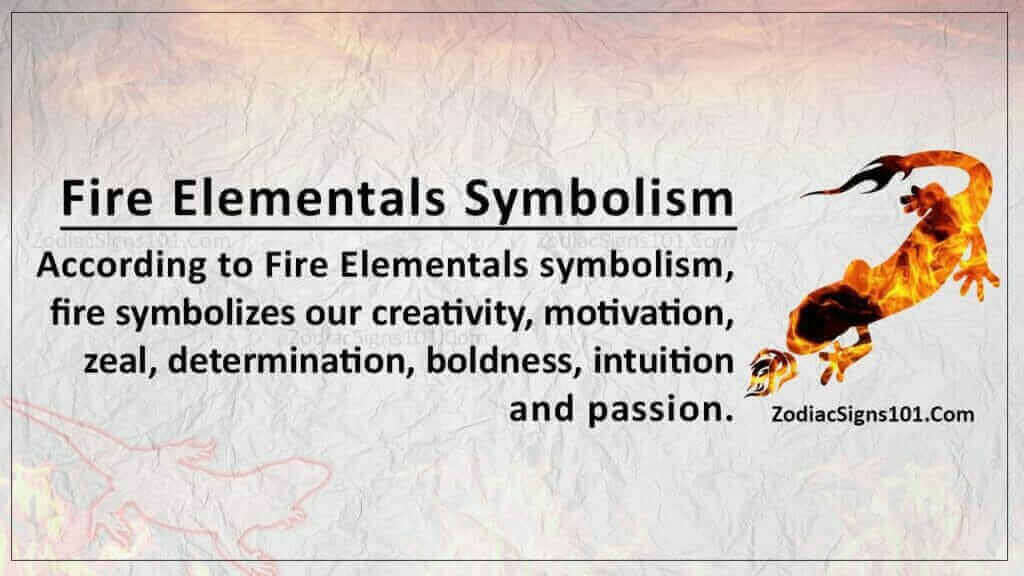 In the 16th Century, a physician by the name Paracelsus came up with the term salamander. He also receives acclaim for naming the other three elements, that is, air element, water element, and earth element. Though the fire elementals salamander is not the same as the amphibian salamander, belief has it that the amphibian salamander is a product of fire. People say that they both have a lizard-like form. Salamanders are also one of the most dangerous creatures in mythology. The salamander might appear small, but it is powerful.

Hence, salamanders exhibit great power and confidence. Their nature pushes us to become wise and knowledgeable. If we adopt the illuminating qualities of the salamander, we will learn how to put our passion and intuitive nature to use.

Thus, the Fire Elemental Symbolism pushes to believe in the energies that are present on earth. The salamander being a fire creature spreads unto us the powers and qualities of the fire element. It pushes us to discover ourselves and to become bold enough to step into the world confidently. Begin a quest with a view of understanding the fire element and the salamander shall guide your path.