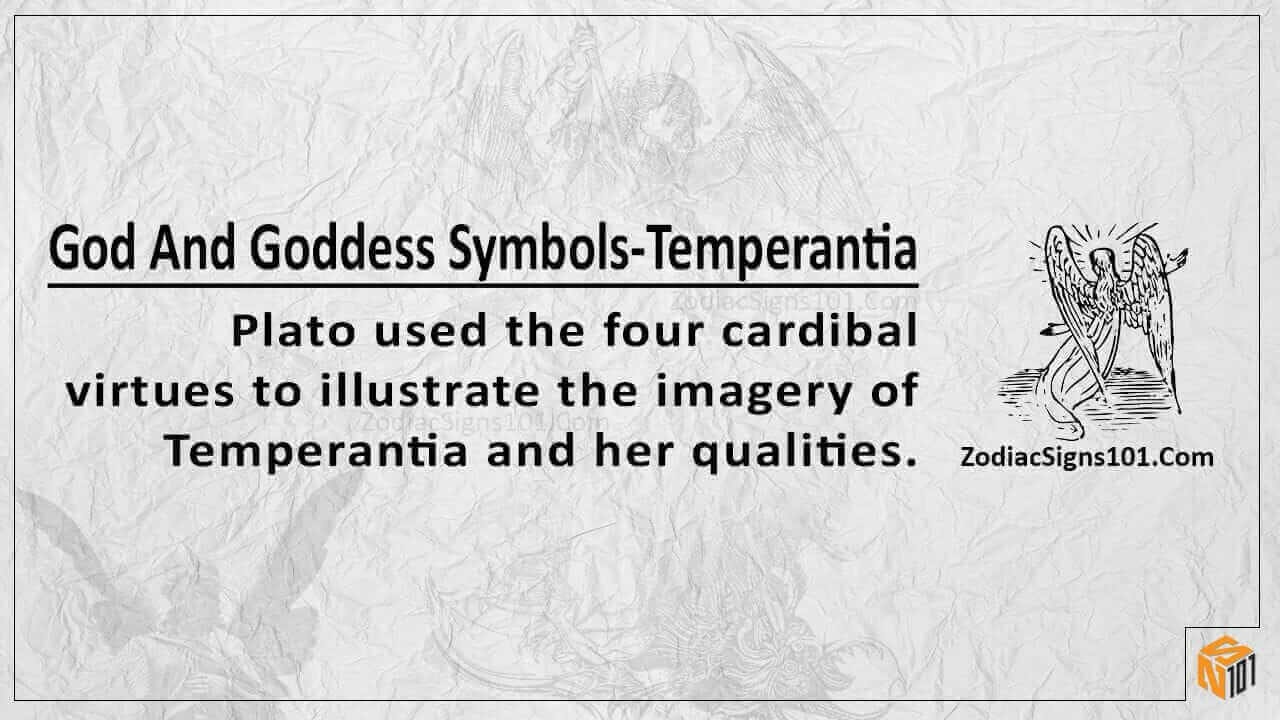 The Symbolism of Goddess Temperantia: The Symbolic Meaning that She has in Our Lives

In his views, Plato noted that Temperantia was a virtuous female expression and that she had commendable traits. However, the attribute of temperance was not just one of the qualities that were good for ladies but to all of the men as well. Temperantia was also responsible for all other attributes like balance, proper judgment, having an appropriate balance, and moderation, and discernment. If you are one of the people that their spirit aligns with the symbolic meaning of Temperantia, then you are in luck.

You will have the opportunity to communicate and display the significance of attributes like harmony and integration. Most people may see her as the deity that rules with the will of oppression, but she is also the center of balance and self-control in their lives as well. Plus, there is very little that suggests that she is the goddess that influences the negative attribute in people. However, she bears a lot of good progressive teaching that is valuable to all the wants to learn.

The Symbolism of Goddess Temperantia: Some of the Symbols that will Help Teach about her

Like most of the other deities of this era, Temperantia also had some valuable symbols the contributes significantly to her meaning to the people. So, it is wise to learn all the attributes that build up to her final symbolism. Here are some of them and their symbolic significance.

The Symbol of Two Pitchers

Temperantia is often displayed having two pitchers in her hands one on each of them. Also, there’s fluid that is she is pouring into both of the cups. This is its form represents the

The Symbol of the Triangle

Temperantia is also one of the most significant symbols of virtue as many of the other female deities of that period. Therefore, this is why she always has a triangle featuring her. A triangle in this period had such a significant symbolic meaning and value to the various cultures of that time. Plus, it is one of the symbols that still hold a great benefit to many people, even today.

On the other hand, it represents the symbol of equilibrium and balances that all of us need to have a peaceful life. It is also a symbol of a strong base that balances on two dominant sides. Did you know that the peak of the triangle symbolizes ascension of the mind? Well, it does. 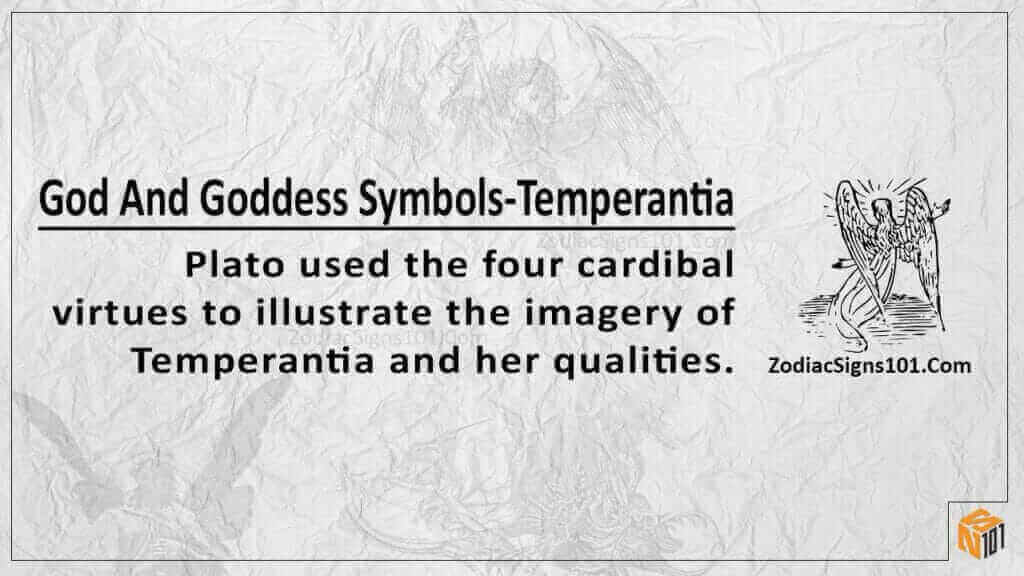 The ancient people usually depicts goddess Temperantia among beautiful flowers, the confesses to her first state. So, the best depiction that the Romans could come up with was the Iris Flower. It speaks right to Temperantia’s nature and traits. In most parts of the world, the Iris flower meaning is the symbolism of balance and harmony. This also makes it one of the flowers that bear the sense of the connection that the spiritual world has with humans.

However, some of the Romans used the flower to remind them of the many bad things that could take place in life. This was about the many wars that would rage over the lands of the Romans in those days. On other insights, the Iris flower was there to remind the people that they can live with all the bad things that could happen to them. Plus, it shows that human beings like the Iris flower are resilient.

The Symbol of the Pair of Wings

Temperantia was one of the deities that were close to many of the animals. So, she had a lot of symbolism that would represent her in the animal world. However, the wings or the winged animals were some of her favorites. This is because, she is always displayed t be having her pair of wings and also, she still has the company of a dove. Wings in the sense of the birds are the symbolic meaning of freedom. However, some people tend to believe that it allows ascending into heaven.

They also have the sway to give you the power of higher thinking and intuition. So the wings of the goddess Temperantia symbolize to us the meaning of control, grace, and self-knowledge.  It reminds us that we can be able to reach a higher limit of knowledge and wisdom that no other ordinary person can attain. However, it also demands that you believe in the symbolic meaning and significance of the goddess Temperantia. On the other hand, it symbolizes to us the need to find in the spiritual journey that we need to have in our lives. It will help us ascend to the heights of the god and share in their wisdom and strengths.

The goddess Temperantia is one of the old gods of the ancient Roman empire and has a lot of teachings that she can offer us through her symbols. Therefore, it would be wise to take a step back and let her wisdom and education into your life.

Moreover, she is the one through her symbolism that can bring meaning and balance to your life. However, you may need to believe in the teaching that she is offering. Plus, in some way, Temperantia meaning will help serve your spiritual growth and journey. Thereby enlightening you to the various wisdom of the divine.