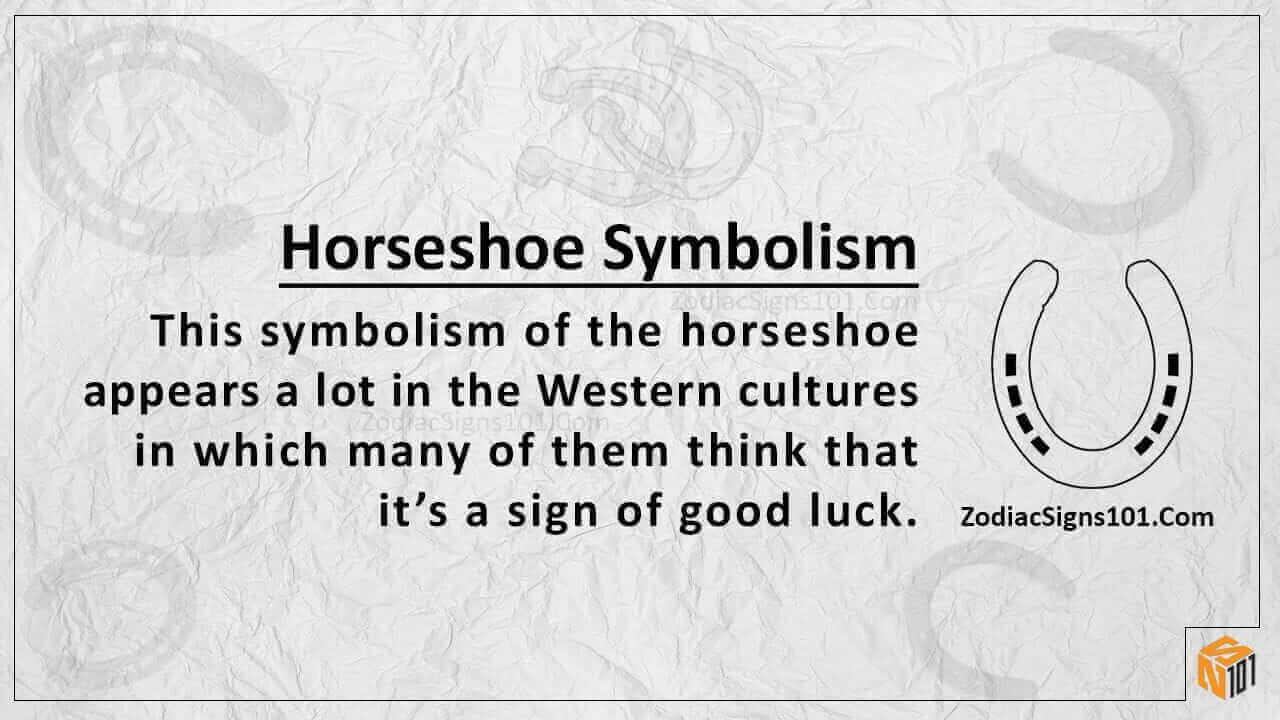 Horseshoe Symbolism: Does it have special Meaning and Significance in your Life?

Are you having a pull towards the horseshoe symbolism and the marvelous meanings that it can bring into your life? This symbolism is most likely to serve a proper teaching moment in your life and bring various good luck charms. The Horseshoe is the part of dressing that is given to the horse to help tame the growth of its hooves. Also, it helps in protecting the horse from injuries that it may acquire.

This symbolism of the horseshoe appears a lot in the Western cultures in which many of them think that it’s a sign of good luck. Therefore, they have been using it as a charm for many years. Some even believe in using the horseshoe as a talisman. Consequently, they would nail it to their doors to ward off evil spirits. But, the question here is how does this work?

Or, it all this belief right? When we are talking about symbolism, we have to look at how the item in question presents itself and the qualities it bears. Therefore, from such derivatives, we can borrow meaning from them and live up to them in our lives. Since we are referring to the symbolism of the horseshoe, we are going to look at what it signifies in our lives.

Horseshoe Symbolism: What does the Horseshoe Signify in your Life?

The horseshoe symbolism has been around throughout many centuries. Since its primary purpose and service is to protect the hooves of the horse, then it means protection. However, one can also say that horseshoe also has the meaning of good luck and the promise of wealth. This is why many people in contemporary society prefer giving out gifts that have horseshoe on them. It may be at a wedding or even a birthday.

All in all, they mean well by giving out such thoughtful gifts. Since the horseshoe also supports the weight and the load of the horse carries it symbolizes strength. Moreover, itis usually coming from one of the best metals the solid iron. So, it has the power to show reliability and durability. When you have the horseshoe or see one, it should remind you of the power you have with you.

Also, there is much likeliness between the horseshoe and the crescent moon. This is the main reason why people associate it to an emblem of luck. Did you know that you can also hang the horseshoe in your home to represent protection? This is one practice that has been around for many years now. Moreover, many believe in it and are willing to participate in it.

Do you Know Why People Think the Horseshoe is lucky?

In many of the cultures where there was a horse, there was a need for people to have horseshoes for their animals. Therefore, they came up with molding it from iron which was then one of the most reliable materials available. Plus, the metal was resilient and robust enough to withheld the pressures of fire. This is one of the reasons that give the horseshoe the positive vibe that it has today.

In some sense, the ironsmiths that were responsible for the creation and placing the shoe of the horse also got to have the status of respect in the communities. Since the placing of the horseshoe takes place while the iron is still hot, people that the horse had magical strength. Besides, the horse never felt pain while having their hooves dressed.

Someone even believes that when you find an old horseshoe lying around, then you need to spit on it. Then you should take it and swing over your left shoulder while making your wish out to the universe. Moreover, the intention was to be a secret that only you knew. After some time, the things that you wished for would then come to pass.

The Western Myth Behind the Horseshoe Symbolism

A long time ago there were ones a blacksmith by the name Dunstan who had his shop in the dark ages. The devil came to Dunstan and gave him a commission to make it something. However, the devil would take many shapes while in the presence of Dunstan. At one point it would turn into a woman and another an old person.

The devil was putting the faith of Dustan to test. However, being a witty, courageous fellow, Dunstan got hold of the devil and nailed a horseshoe on his feet. The process was so painful that the evil one begged for mercy so the Dunstan would remove the horseshoe. Later, they came to an agreement in which the devil was never to enter any house with a horseshoe hanging by its door.

Since the devil had no choice, it agreed. This is the reason why many people in Western culture believe in hanging a horseshoe on their doors. Moreover, they think that it will keep their households safe. Just like that, the horseshoe became a symbol of good luck to many people. 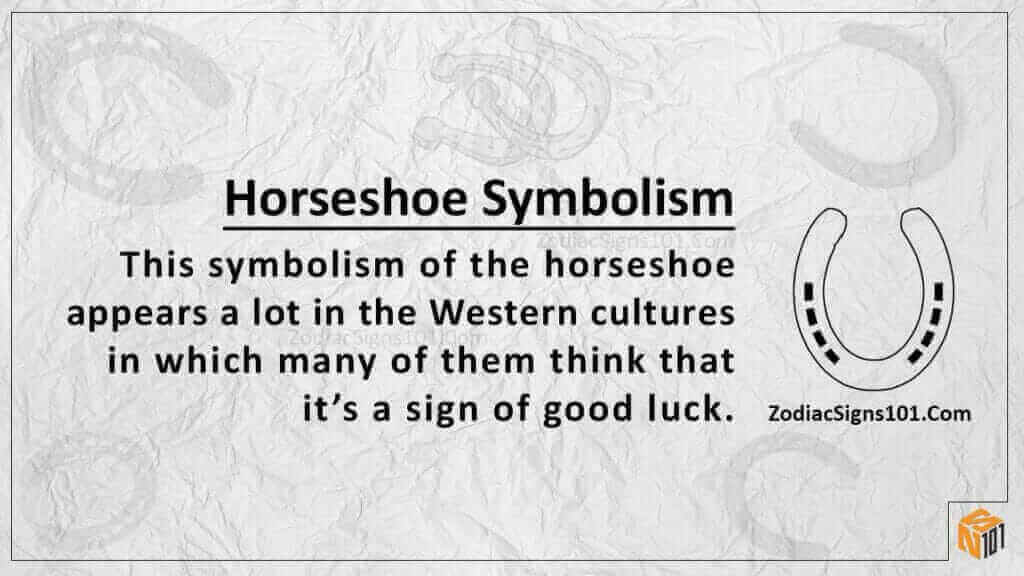 Divine Implications of the Horseshoe Symbolism

After the blacksmith Dunstan used the horseshoe to trick the devil, some of the Christians adopted his tale. Also, they associate the horseshoe to the first later of Christ letter ‘C’. So, they believe that the power of the horseshoe and the iron comes from the ‘C’ of the word Christ. Moreover, the Dunstan was later in life recognized as a saint.

Therefore, he is St. Dunstan. Alternatively, some of the people still believe that the shape of the horseshoe represents the roof of our homes. Moreover, that is what offers us the protection and shelter from the evils of the world. Also, in some sense after that, it also signifies the mundane and divine needs of all human beings.

The horseshoe has some of the fascinating symbolism. Although, they are positive and only wish to bring us good luck and happiness in our lives.