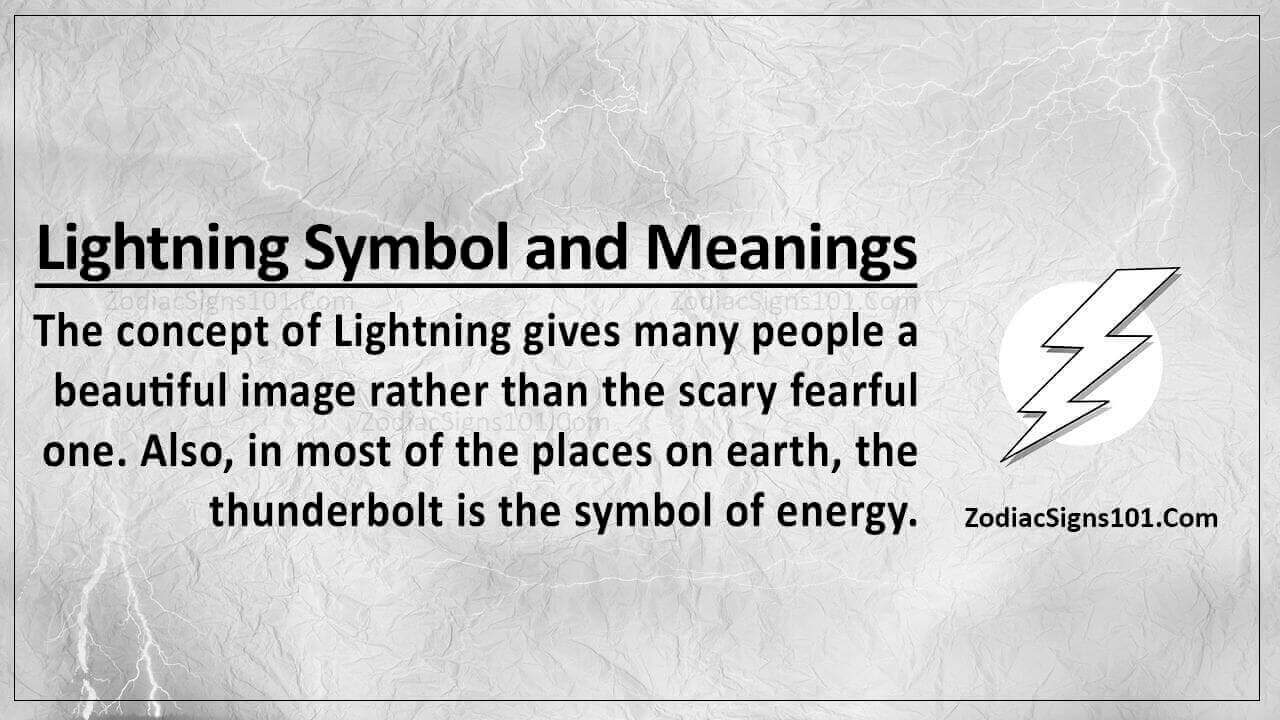 The lightning symbol meanings vary in many cultures. It takes the form and the sense of fear to one and of good luck depending on the people. However, in the ancient days, the Celts had the opportunity to look upon the symbolic meaning of Lightning as sacred. This means that it was the power of the deities. This is not different from the perspective of the Greeks. In that part of the world, there is the almighty god Zeus. Zeus was one of the strongest gods of Greek mythology.

In some way, the concept of Lightning gives many people a beautiful image rather than the scary fearful one. Besides, many people fear the sound of thunder than the Lightning itself. The thunderbolt takes a specific curious shape that is beautiful. Therefore, it can inspire the need for creativity among many people in the art world. Also, in most of the places on earth, the thunderbolt is the symbol of energy. This is because of its most pre-energy. 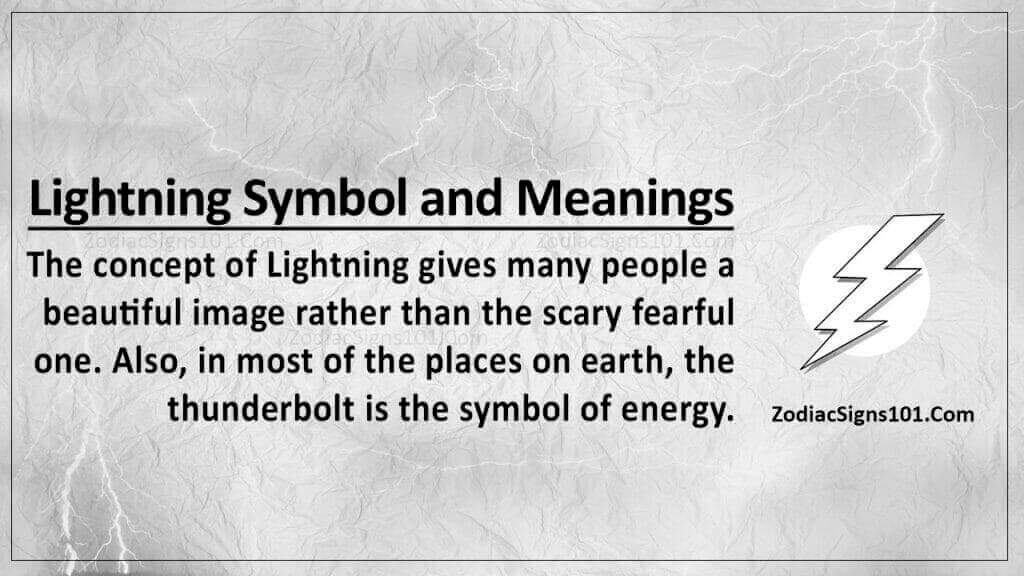 The Concept of Lightning Symbol in Various Cultures

Generally, in my culture, Lightning is a symbol of bad luck. Moreover, there has been a word that some people can control it and target its people with it. It sounds farfetched, but there is truth behind it. Therefore, most people tend to stay away from the idea of it because it’s dangerous. So, it has some elements of juju and black magic hanging around it. I tend to agree with the notion of Lightning being nothing but harmful. Thus, the best way to learn the inner meaning of Lightning, you need to look into the various cultures around the world. By doing this, you will get the opportunity to learn the many mythologies the surrounds its general meaning.

The Celts and Lightning Meaning

The Celts also believed that the people that would be struck by lightning were the chosen. They would there attain the same power of Lightning in this world or the next. The control of Lightning was to be with you regardless of the state it leaves you. If you died from it, then you would have the power in the next world. However, the people that would survive its wrath were the chosen men of gods in this world. This is one of the reasons the Lightning symbol is a sacred concept for the people of the Celts. Also, they put a lot of spiritual value on the spot that Lightning would strike. They would turn such grounds into sacred grounds. So, they would even use such a place for worship. This is because they had the belief that their supreme deities directly touched such properties.

The Native Americans Perception of Lightning

The people of the New World or the Native Americans had the notion that the Lightning was a symbol of truth. Due to it pure with and flashing nature, it contributed to the meaning of morality and honesty as well. They also had the belief that the Thunderbird was capable of emitting Lightning strikes from its tiny eyes. Most of the times, it would serve the purpose of striking those people that were liars. Also, it would serve justice to a member of the wayward tribe. I bet you have had some say ones in life may the lightning strike me down if I am lying. Through concepts, the wise and the elderly would pass down knowledge that would help keep the little children in line and well mannered.

The Chinese Culture and Lightning Meaning

In the Far East, their symbolic significance of lightning amounts to the beliefs of fertility. The Chinese looks at the concept and meaning of the Lightning to how it nourishes the rain. Somehow the Chinese believe that the power of the Lightning helps rain in the clouds to pour down more. Moreover, it has a good effect in terms of agricultural production. Therefore, in general, the Lightning to the Chinese ensures good harvest and abundance in their culture.

The Concept of Lightning in Greek Mythology

Well, the symbol of Lightning in the Greek culture automatically points to an association with the mighty Zeus. It shows the symbolism of power and strength over all dominions. The Lightning in Greek mythology covers the meaning of fire and water. Somehow, it mixes the essential elements of life on earth.

Dream Meaning of the Lightning

Having dreams about the meaning of thunder allows you to know that there is a need to speak the truth in life. This is because it represents the meaning of honesty in real life. However, it may also bear the meaning of turbulent times ahead in your life so you may need to brace yourself. Plus, it is a warning that you are about to make the wrong decisions that are about to blow back in your face. There are dreams about the Lightning that strikes out of nowhere while the sky is clear. Or, the clouds do not rain making ones. This means that you should be conscious of the environment that you are. Also, try to keep an eye on the people that you are hanging around in real life. They may be planning for your downfall.

The meaning of Lightning is one of the symbolism that has been around for time immemorial. Therefore, it has different meanings depending on the people. So, you should try and look further in the various cultures and harness the essence of Lightning. Some people may tattoo the symbol on themselves to show that they are all powerful. Or, that they have the power of the gods like Zeus watching over them. You can also look into the Norse Mythology to learn about the famous Thor and how he can manipulate Lightning to his will.