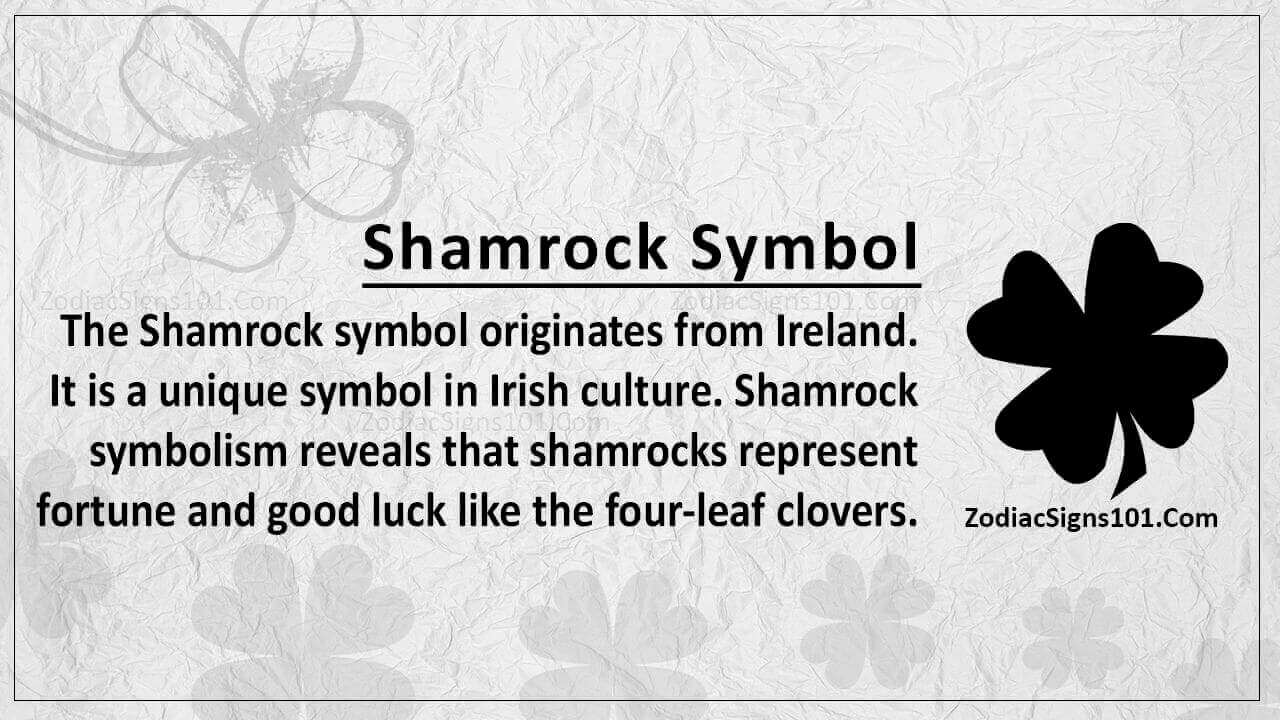 The Shamrock symbol originates from Ireland. It is a unique symbol in Irish culture. Shamrock symbolism reveals that shamrocks represent fortune and good luck like the four-leaf clovers. People confuse these two, but they are completely different in their meanings and appearance. The shamrock is an abundant plant in nature. The shamrock symbol symbolizes luck because it is prevalent in the environment.

The Celts were the first to come up with shamrock symbolism since they value the number three. The shamrock constitutes three petals. The petals represent the balancing of forces present in the universe in many ways. The stories of St. Patrick put more emphasis on the meanings of the shamrock. In the fifth century, St. Patrick was determined to spread Christianity in Ireland no matter the consequence. He used the shamrock to express the faith he had in Christianity among the Irish people.

The use of the shamrock came in handy when he was explaining Trinity to the non-believers. The three petals of the shamrock Saint Patrick used to represent God the Father, the Son, and the Holy Spirit. Therefore, the shamrock was and is still used as a symbol of the salvation and redemption of human beings.

Deeper Understanding of the Shamrock Symbol

The use of the shamrock by St. Patrick showcased how a small plant possesses so much power and insight to enable people to grasp the whole idea of Christianity. Catholic symbolism grew in Ireland due to shamrock symbolism. The shamrock not only represents the holy trinity in Christianity but also love, faith, and hope.

The shamrock symbol is an Irish icon which is popular all over the world. It signifies the essence that nature does hold deep meanings for humankind. The communication we receive from nature is pure and refreshing. The symbolic meaning of the shamrock emphasizes spiritual development.

In Ireland, fields are green from massive shamrock growth. The Irish people take the meaning of the shamrock seriously. To them, the more shamrock plants are available in your home or property, the more you are likely to become prosperous. This plant is associated with abundance hence its popularity. 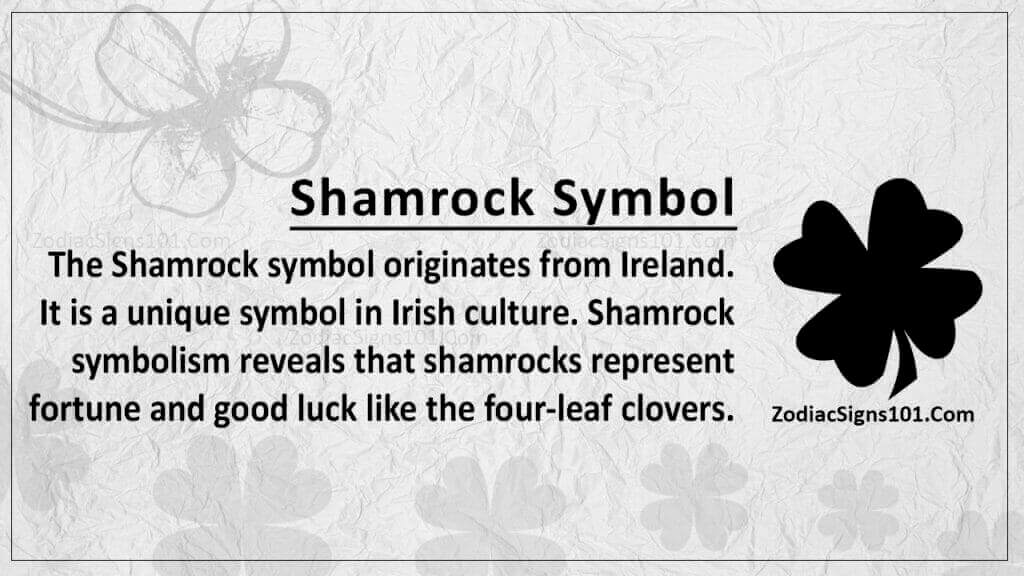 Meaning of the Shamrock in Dreams

Shamrocks and cloves do have symbolic meanings in dreams. When you dream about clovers and shamrocks, it is a sign of good luck. Shamrock symbolism relates to success, prosperity, excellent health, achievements, financial stability, growth, and intuition. The color green that shamrocks possess is a sign of refreshment and new beginnings.  The shamrock induces calmness in the human body due to the green color.

The shamrock symbolizes the Irish culture and heritage. The shamrock is on the flag of Erin Go Bragh which means Ireland Forever. The same can be found of the uniforms of Irish sports teams and military gear. It is also on the tail of the Aer Lingus, which is the national airline. St. Patrick’s Day originated from Ireland. It is celebrated all over the world. St. Patrick’s Day is nothing without the shamrock symbol.

Nature is an excellent part of Irish culture. Irish people worship nature since the replenishing aspect of nature gives people wisdom and knowledge. Nature also reflects on the lives we live as humans. The healthier nature is, the healthier our lives are likely to be. No one should discourage you into hating nature because without nature, we cannot exist.

Ireland is a green country hence the large population of clovers and shamrocks. The green ambiance reflects on the belief and hopes the Irish people have in their country. If you are planning to visit Ireland during St. Patrick’s celebrations, ensure that you carry something that has the shamrock symbol on it. Do not confuse the shamrock with a four leaf clover.

Shamrock symbolism brings us closer to Christianity. It was used to illustrate the Holy Trinity, which is accepted by many Christians. Saint Patrick gave the Shamrock a whole new meaning. When he preached, he used the plant to bring people closer to believing in Christ. The Catholic such became popular because of his contributions in Ireland. Clovers are associated with good luck, as mentioned above. People confuse the shamrock with the four leaf clover. They belong in the same species, and they all signify luck and fortune, but they have different meanings.

This article will give you an insight into the more profound meaning and the origin of the shamrock symbol.