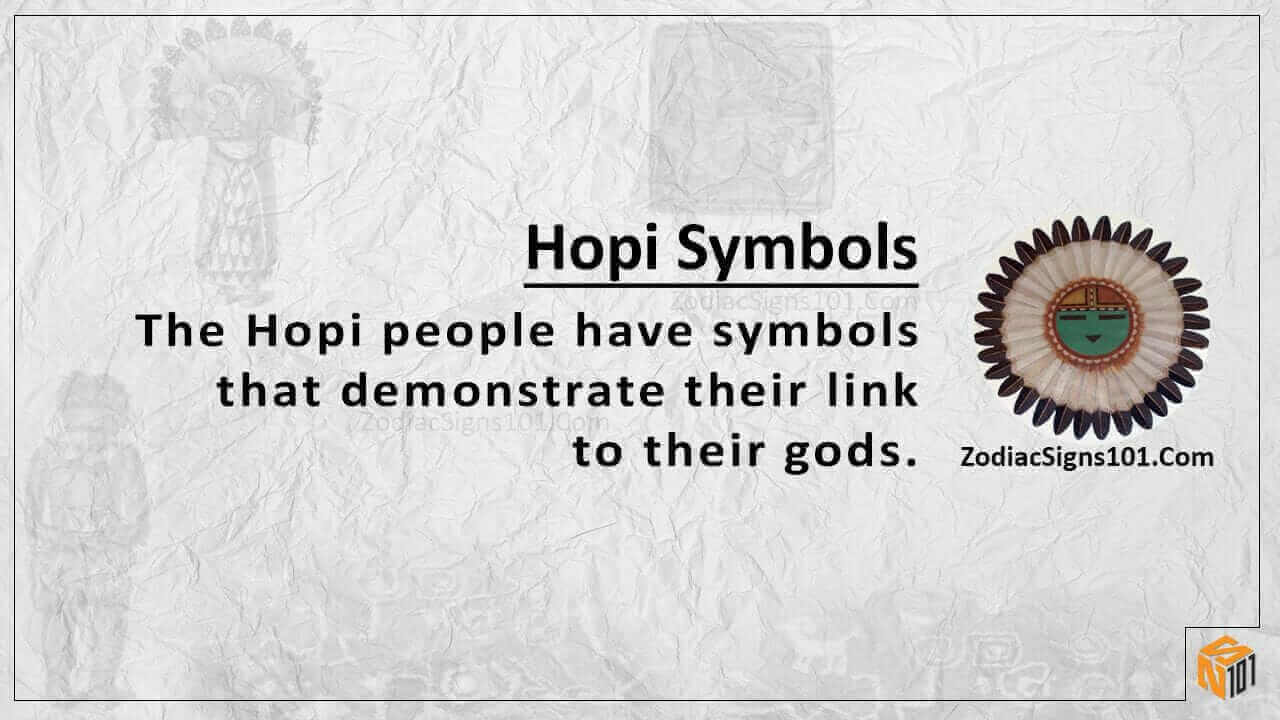 By choosing to learn about the Hopi symbols people, it means that you are looking for a path of understanding a peaceful life. This is because the Hopi people were a friendly lot that was peaceful in all their ways. Also, they are from Central America in Utah, New Mexico, Arizona, and Colorado. They believe that their fate lies buried with the connections that they have with nature.

In a way, this type of connection that makes them respect nature is what has led them to have a life of abundance and productivity. The Hopi people have symbols that demonstrate their link to their gods. This makes them one of the superior tribe in their habitat. Moreover, they are people of great ingenuity and marvelous skills. Also, they had blessings in the matters of agricultural productions. Therefore, they would utilize nature to feed and clothe themselves.

One of the main crops that they would plant was corn. Like many of the ancient civilizations, the Hopi passed their symbols through art. They had a belief that artwork was one of the most sacred aspects of their lives. This is because it could help them carry on their history. However, they had other artistic skills like weaving, pottery, basketry, and general art. Some of them even had unique gifts of vision.

The Various Symbols of the Hopi Culture and their Inner Meaning

In the Hopi culture, many symbols speak to their natural way of life in terms of promoting peace. Here are some of the symbols and their symbolic meanings.

This is perhaps one of the most famous symbols of the Hopi people. The Kachina doll is always having on some appropriate attire. The Hopis believe that it was the representation of the spirit of the sun. Therefore, it had the power to govern the life of everything on earth. Moreover, the Kachina doll also could influence that matter of growth and fertility of the crops.

By doing this, it would make sure that the Hopi people had enough. The Kachina doll also went by the name Taw Kachina to mean a powerful spirit. Therefore, the Hopi people chose to revere it as one of their gods. The god usually has rays projecting from the outer rims in three groups. This is why it has a close association with the meaning of the sun.

The corn crop was the staple food that would sustain them through the many days of the year. So, they had definite symbolic meaning for it. So, they thought of the corn as the mother that would provide for her children that would be them. Also, they had the belief that the corn was their only way out to proper sustenance in the past, present and future. Therefore, the corn was like the ship that would help them through the four stages of life. These stages are birth, childhood, adulthood and then death.

The Symbol of the Hopi Spiral

There is a lot that comes with the Hopi spiral meaning mainly when you are referring to the journey of righteousness. It will help you comprehend why you are the hurdle that will challenge you through the long trek of life. The Hopi would have the opportunity to engrave some of these symbols literary along their paths. By doing this, it would remind the person, and the rest of the tribe that they have the will power to make it through life. It would help the person to broaden their awareness. This way all the people of the tribe would be conscious of their environment and their real purpose in life.

The Symbol of the Divided Circle

This is another symbol that was commonly used by the tribe of Hopi. The Divide circle takes the shape of quarters. However, each one of them has a loop in their sections. The symbol of the divided circle represents the symbolism of the entire world. Also, it captures the meaning of the various season and their transitional periods. On the other hand, the symbol also refers to the symbolic meaning of day and night. There is a central point that accommodates all the crossing point of the circles.

This symbolizes the horizon. Some would say that it is the point of the equinox and solstice on the calendar. Moreover, all the circle in their sections also have their independent meanings. The number 4 is one of the sacred figures in the Hopi culture. So, they believe that there were four tribes at the point of creation. Therefore, each of the four circles represents the different tribes. Thus, the symbolism of the circle depicts the balance that each tribe plays so that they can maintain harmony on earth. 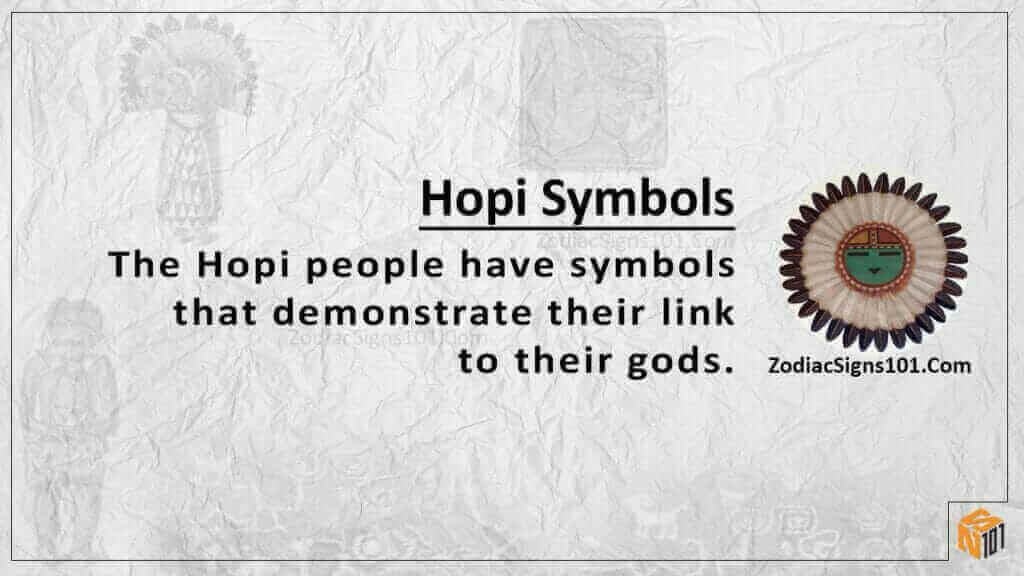 The sun symbol was one of the significant parts of the Hopi people. They highly relied on its power to help them harvest their corn safely. One can say that the sun was their supreme god and the Kachina Doll was its representative on earth. So, they would pray to the sun through the Kachina Doll. By doing that they would have the bountiful harvest from their fields. Also, the sun is the symbol of the Hopi that represent, growth, vitality, and passion.

By deciding to learn about the life of the Hopi, you are on the right path to attain the true meaning of peace. Also, you will have the chance to attain enlightenment through their spiritual symbols like the spiral. Moreover, there are many other symbols of the Hopi people that you can explore to get a better grasp of their ways of life. The Hopi had the belief that the sun was their supreme god and the Kachin doll was its symbol on earth. Therefore, they would worship the sun through it. Also, they believed that the corn was the symbol of their mothers. This is because it provided them with a source of nourishment.