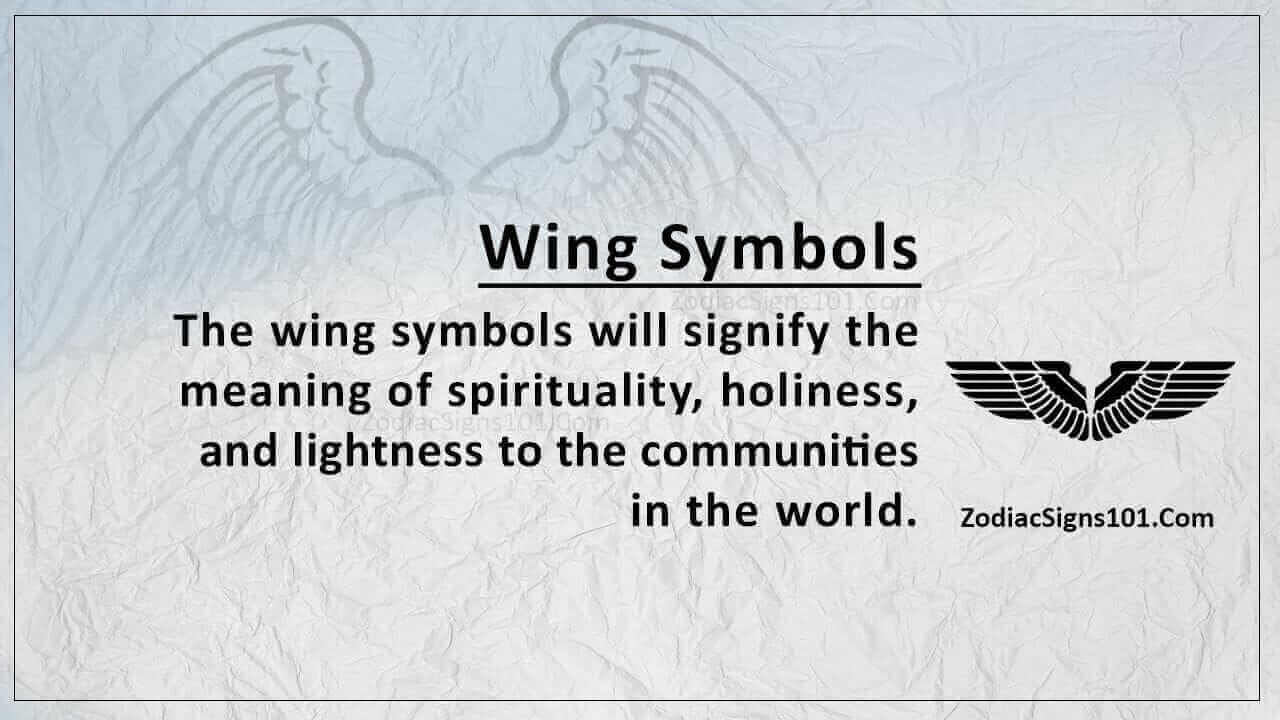 Wing Symbols: The Sacred Meaning that they have

In most of the cases, the wing symbols will signify the meaning of spirituality, holiness, and lightness to the communities in the world. On the other hand, they symbolize the significance of ascension into the celestial realms. Moreover, one can also say that they are a symbol of aspiration of people of getting an opportunity of going to the spiritual world. This means that the symbolism of the wings means something sentient. The meaning of wings draws the mind into the conscious state most of the times. It gives you the inspiration and the aspiration to break free out of your bonds.

Therefore, if you go by this principle, the meaning of wings will help you attain victory and freedom. There is a different interpretation of the meaning of the wings in various cultures as well. For example, the Hindus believe that it’s the path to abandoning the worldly wealth and pleasures. Also, they view the wings as a symbol of intelligence or enlightenment.

However, in the Egyptian culture, they use the meaning of the wings to mean protection by their deities like Horus. In this scenario, the wings were the symbol of the gods. Also, remember that the gods in this ancient context had the duty to protect and provide for mortal beings. Plus, there were several winged creatures in the Greek mythologies that touched on the matter of the wings. For example, there was this messenger of the god by the name Hermes that had wings. Again, there is the symbol of Cupid. So, they used the symbolism of the wings to mean love and conquest.

The Various Wing Symbols and their Meaning

The Symbol of Pegasus

In Greek mythology, Pegasus was one of the winged animals (Horse) that could fly. In most of the cases, its symbolic meaning stands for that of power and mobility. Only the unique and chosen people could have a ride on the back of this beast. The beast shows us the possibility of reaching new heights regardless of our shortcomings. Through this concept, we can harness the magic and the power of Pegasus. The symbolism of the wings in this context also shows that there is a need for balance in our lives. If the horse would appear in white, then it means that we should take time and clear our mind. By doing that we can then focus on what matters.

Wing Symbols: The symbolism of the Winged lion

On the other hand, it also stands for the symbolism of potential and fact. However, to some people, it took the meaning of accomplishment and seeking. Moreover, through this symbolism, you can be able to reach higher heights in regards to life. Spiritual, the symbolism of the Griffin is to be the protector of souls. This is why most of them appear on tombstones. Plus, they would also be the guardians of ancient sacred places.

The Symbolism of the Winged Serpent or Dragon

I am not a fan of snakes because I consider them creepy. The sight of a snake is bound to throw me off balance. Moreover, the Christian teaching on the symbolic meaning of the snake has not helped me at all. Although the snake in most of the cultures is the symbol of healing. In the current world, there is some snake that can glide in the air. This is as close as any snake can get to flying.

On the other hand, the Cobra can widen its neck to look like wings. However, this still cannot make it fly but to strike fear in the hearts of the enemy. Most of the dragons, on the other hand, have wings. The ones from Chinese folklore seem to be friendly and welcoming. However, the ones from Europe are quite cruel and harsh. Some believe that the snakes that used to have wings are the ones that grew into dragons. In this form, they show the meaning of power and leadership. Also, it depicts the symbolism of life and magic.

The Symbolism of the Winged Humans

This symbol is there to help understand the way most of the angel look. Also, those that believe in fairies can borrow this meaning. Angel and fairies are messengers of the ascended. Most of them seem to have normal human abilities and features except their wings. Plus, the celestial being has the magic of flight.

Therefore, they can move through the air. However, it is not possible to see one of them at close hand. Their meaning to us human beings represent the will of the divine energy. Other mythical creatures also enjoy the status quo of the winged human symbol. These are the gargoyles. All of these creatures serve to protect the ways of man from evil deeds.

What is the Meaning of a Wing Dream?

The dream meaning of wings has rather straight forward significance. Therefore, you should not worry much about them. Plus, the most common definition is that of the desire to ascend into heavens. Or. You can say that it represents the symbolism of divinity and spirituality. It means that you need protection, as well. Therefore, you may need to pray continually and pay homage to the angels and fairies for protection.