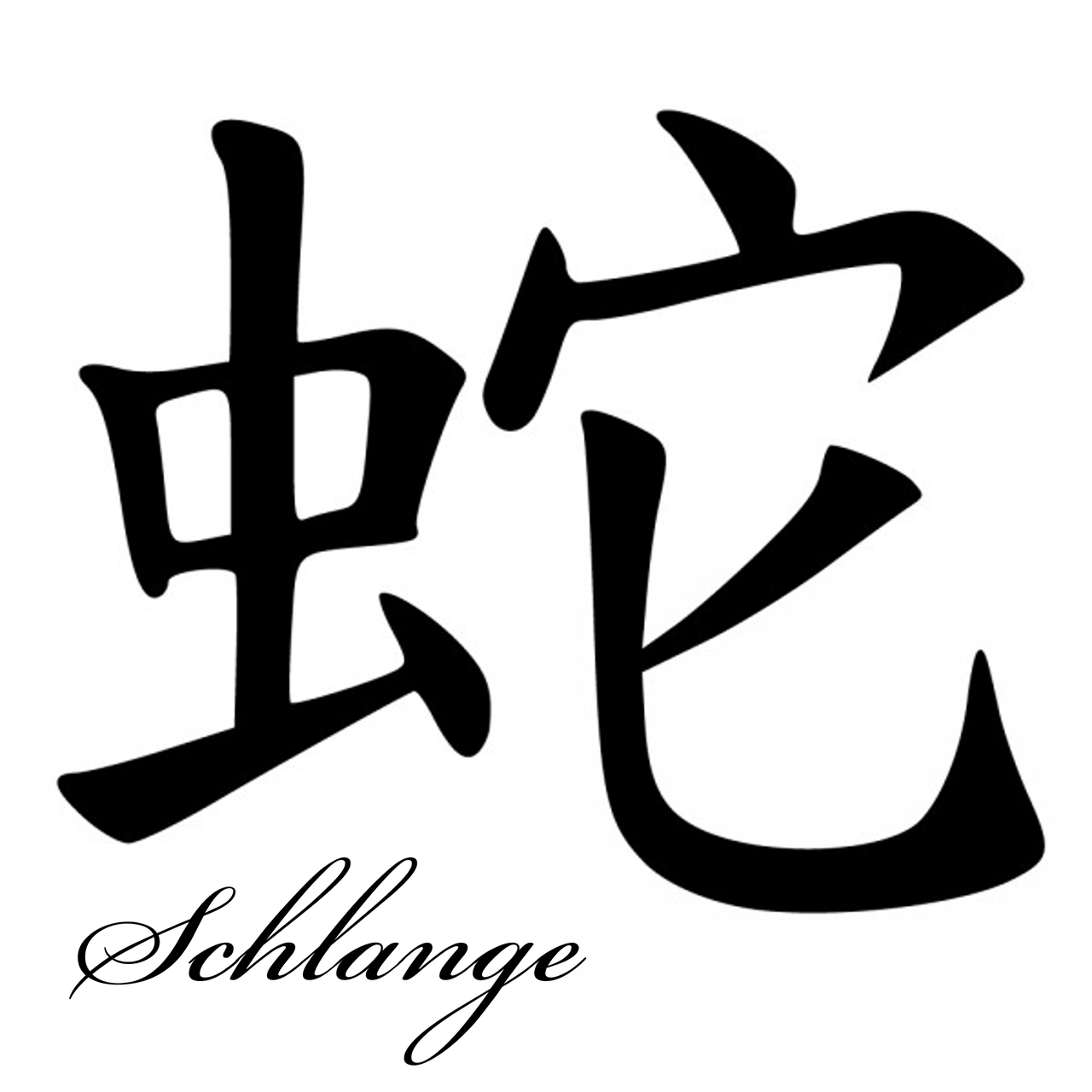 All About The Snakes

Are you a Snake? Were you born under the year of the Snake according to the Chinese astrology? If you were born in 1917, 1929, 1941, 1953, 1965, 1977, 1989, 2001, 2013 and 2025 then you are! According to Chinese astrology, there are several things that you should know about those born under the year of the Snake. Generally, the year that you were born will have an effect on the animal sign that belongs to you. This, in turn, determines your personality. The strengths and weaknesses that you suffer from are also brought to light once you clearly understand what your animal sign means. Worried about this? Worry no more as this article is meant to provide a deeper insight into what the Snake Chinese zodiac sign would mean in your life.

One thing about those born in the year of the Snake is that they believe in their own abilities. Unlike other Chinese zodiac signs, the Snakes are well known for their wise attributes. They have the ability to learn from the mistakes that they make. They’re also intuitive in nature. This implies that they’d easily know when things are not working out as expected. Partly, this makes them admirable. In other cases, their personalities scare aware those that might have been interested in knowing them better.

The knowledge of Snake men makes it hard for other animal signs to take advantage of them. They’re intuitive beings which might at first appear to you as though they’re suspicious. However, this is just part of them being careful with who they interact with. Chances are that you might fall in love with the fact that the Snake man is never interested in what other people have to say about them. They don’t care! They live their lives according to their own standards and won’t hold back simply because they’re being gossiped about or talked ill of. The Snake man will also demand regular alone time. This is an aspect that you would notice even when hanging out with other friends. They easily retreat into their own cocoons without letting anyone know. They do this to regain their energies and focus on their wise thoughts. So, don’t be scared when the Snake demands some time alone in the relationship you have with them.

Contrary to people’s thoughts that Snakes are a dark sign, according to the Chinese astrology, this is the sign of wisdom. Well, certainly, this is one personality trait that makes the Snake woman stand out in the Chinese zodiac chart. In addition to this, Snakes are generally humorous beings. This, therefore, means that you would love to hang out with them. Snake women are also decent boast of the educational achievements that they’ve achieved.

The interesting thing about the Snake woman is that she’ll make it easy for you to engage in healthy communication with them. This happens due to their eloquent communication attribute. Rest assured that you won’t get bored while hanging around a Snake. On the dark side, you might have trouble understanding the Snake. Why? She never lets you in. A Snake will be careful never to let you inside their true feelings. This is an attribute that leads to a scenario where they lack real friends in their lives. Consequently, this is a negative attribute that you would have to put up with.

What about the sexuality of the Snake? Do they make sexual beings that other people would be interested in? First, you ought to understand that Snakes are dangerously attractive. In addition to their charms, their personal beauty will be a killer. This is the main reason why you might have a difficult time ignoring them. Surprisingly, Snakes are devoted lovers. This is yet an attribute that will make them stand out from other Chinese animal signs.

Is he the possessive man that you should stay away from? Well, yes. This man will offer you pleasure like never before. The only challenge that you might face when in a relationship with a Snake man is that they’re quite demanding. They demand that you love them in the same way they love you. As a result, Snake men will never tolerate any form of infidelity in your love affair. They’re possessive in nature and this aspect scares away many. If you’re going to have sex with them, it should be on exclusive terms. Failure to do this, rest assured that things would turn out disastrous.

Unfaithful men should certainly stay away from Snake women. This woman won’t appreciate the fact that they’re second placed in your heart. Therefore, they’ll fight to ensure that they remain your first-choice lady. Just like the men, these women are also obsessive. One big challenge that you’ll face is that she’ll constantly be on your back asking where you are. Chinese zodiac signs that desire for independence would find relationships with the Snake woman to be a nightmare. Getting over relationships is easy for the Snake woman. Thus, if you were to break up today, tomorrow they’d be stronger like never before ready to date again. This is a personality that is attributed to their ability to shed their skins. This also makes them unpredictable.

At times you might wonder why it’s difficult to get along with some people in the dating game. Well, this is natural. This happens because different people have varying expectations with regards to relationships. In relation to the Chinese zodiac astrology, the twelve Chinese zodiac signs will also vary in the way they interact with each other. When dating the Snake, there are several pointers that you ought to keep in mind.

If you’re going to date a Snake man, you ought to be aware of the fact that they have a small circle of friends. Therefore, you might be the only person that gets to spend a lot of time with them. One negative attribute, however, is the fact that they never expose their feelings to you. As a result of this, understanding them might be a hard nut to crack on your end. Snake men want to win your trust. When they’ve done this, they’ll be proud to express themselves to you. Consequently, it’s up to you to try your best and win them over. Yes, it might be hard but, it actually pays off once you get to know them better. Remember, they are humorous and witty beings.

A Snake woman will look for one thing; honesty. The worst can happen when you end up lying to their faces. This is what they hate most. Considering the fact that they’re intuitive and wise, chances are that they would easily know when you’re lying. Therefore, when dating the Snake, it’s best that you understand what works and what doesn’t. This saves you from the dilemma of not knowing what makes them happy.

In spite of the fact that Snakes are eloquent in nature, this doesn’t mean that it’s easy to win their trust. They’re wise individuals who take their time in getting to know the best possible partners that might share a long-term-relationships with them. Snakes also prefer those relationships where they get to be the heads as they love to be in control. The seductive nature of the Snake would pave way for a blissful relationship right from the word go. If things are on a good run, a Snake might be the ideal long-term partner thanks to their loyalty. They’re ideal lovers bearing in mind that they are loyal to their partners. However, when things turn ugly, they turn this loyalty into jealousy and obsessiveness. Consequently, this is an attribute that you ought to be wary of when in love with the Snakes.

How well do Snakes fare with money? Snakes have a thing for comfort and luxury. It’s for this reason that they work well in relationships where they’re surrounded by money. They also have to keep up with their beauty demands. This implies that they need money to spend on lavish things. Fortunately, when money is not there, Snakes are good at adapting. They easily shed off their skins and they might survive the harsh conditions that might be facing you.

Snakes are somehow rigid and they try to resist change. With regards to this, Snakes might, therefore, spend a lot of time in certain types of jobs. Nonetheless, when they get bored, they can also hop from one job to another. Considering the fact that they’re wise in nature, ideal career fields for them include doctors, scientists, painters, magicians, sociologists, analysts and many more.

Health conditions that Snakes should be worried about are those related to cardiovascular diseases. Some problems that might affect them include chest congestion, arrhythmia, amnesia, and palpitation. These problems come about as a result of the Snake’s behavior of sleeping late. In line with this, Snakes are advised to embrace the idea of sleeping early. Moreover, they need to eat healthy foods that would aid in their proper heart functioning.

As part of being healthy, Snakes should engage in physical exercises. This is beneficial not only to their bodies but also to their mental health. They’ll be in a better position to express their mental abilities in the fields that they’re engaged in when they focus on improving their physical and mental fitness.

The positive energy of the Snake will be reflected in the fashion that they choose to wear. Some of the colors that you’ll find in their wardrobes are yellow, black and red. Bearing in mind that they love to keep up with their beauty, they’ll also be selective in their fashion choice. They have good tastes which make them easily noticed.

As earlier mentioned, among the twelve Chinese zodiac signs, there are those that relate with each other in harmony whereas some have to work hard in making their relationships thrive. The Snake would work well with animal signs such as rooster and the dragon. On the contrary, the worst possible matches for the Snake are pig, sheep, rabbit, tiger and other Snakes.

From the evidence detailed in this article, Snakes are different in their own way. This is an animal sign that exist in their own world. If other animal signs are not careful with the way they approach the Snake, things could get disastrous. Contrary to what people believe about the Snakes, people born in the year of the Snake can be great friends and lovers. It only requires some patience and understanding to know them better. Consequently, this is the homework that you should be doing when relating closely with people born in this year.