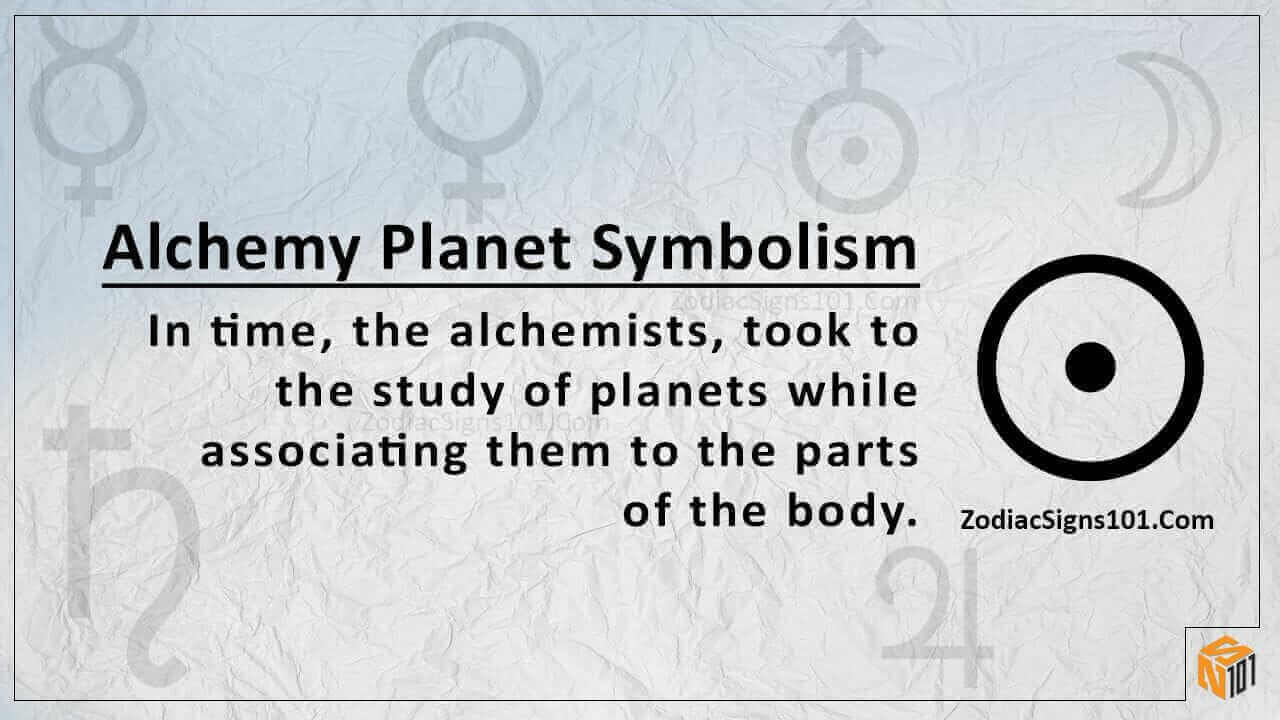 Alchemy Planet Symbols: Some of its inner Secrets and Influences

What is alchemy planet symbols and why is it important? Do you know why you need to study the symbols of planetary symbols of alchemy? Alchemy is an Arabian word to mean the act of preparing a tonic. This practice was also in the Egyptian lands thereby extension Africa. This was how the study of modern chemistry came to be. In time, the alchemists, took to the study of planets while associating them to the parts of the body. During the medieval period or dark ages, there was no tolerance for things anti-church like science.

Therefore, many of the practitioners went through persecution. So, they came up with ways that they could identify the elements and planets without raising suspicion. Some of the symbols that they came up with are still effective even today. They also held dearly the value of nature plus the ones that they could only see in space. In their conclusion, they thought the planets had a significant effect on the lives of people around the universe.

They argued that the planets had the choice of making all the decisions and influencing the outcomes. Therefore, the worlds had a significant role to play in the lives of the people. As per the alchemists in the ancient days, they interpreted the planets with number 7. The number had the representation of the seven primary body organs. Moreover, the number also had the attention of seven centers of energy in ladies.  On the other hand, it also represented the seven valuable metals on earth.

What is the Alchemy Planet Symbol Meaning?

In the ancient art of alchemy, there are a total of seven planets that they would prefer. Here are some of them and their meaning.

As one of the planet symbols, Jupiter has one of the highest symbolic value in the ancient art of alchemy. Moreover, it is full of positives and energy that radiate from it. Therefore, it is one of the few symbols of alchemy the will give positive vibes in your life. As per their conclusions, the alchemist had the notion that Jupiter was the planet to lighten up one’s moods.

More so, because Saturn was responsible for giving people such foul moods. Therefore, Jupiter would counter such and provide positive energy to move on. Also, you can say that Jupiter is the planet of enlightened minds. Its power would give you excellent intuition and knowledge that you need to navigate through life. Generally, it is a planet of good things that you may need in your life.

The sun is not one of the planets just like the moon, but the alchemists still consider it. However, it is at the center of the solar system. Thus it has significant roles to play. It is the best way to show the meaning of creation as its energy is responsible for the growth of all the living things on earth. Alternatively, the sun signifies enlightenment, individuality, and denoting strength.

Alchemists saw this planet as a symbol of the spirituality of human beings. Also, it was the symbol of one’s fluidity and the ability to change. Moreover, the opportunity to change is one of the best human’s quality and bring in progress. Additionally, there was an element of people gaining intellectual value. Do you know that mercury is the only planet that correlates with a metal? Also, do you know that the metal in question is a liquid? The metal also finds it easy to mix and fuse with other metals.

This is the planet that represents the male side of life. It is the red planet with close association to the metallic meaning and bond. Therefore, it signifies the power, strength, dominance of the male species. According to the alchemist, the red planet was there to counter the male primal desires. Therefore, it would keep them in check and make sure that they behave decently.

Moon is the planet the symbolizes the metal of silver. Therefore, the alchemists have so much admiration for it. This is despite not being a real planet. In some essence, the silver always becomes more durable metal when it mixes with gold or the sun. Plus, the moon is the symbol of good intuition. However, it also has the power of good intuition. Alternatively, it has the potential for balance and control. It also has the elements of the feminine energy within it.

This is the direct representation of the metal of lead. It has some magnificent rings around it also. In the minds of the alchemist, Saturn stands for the emblem of darkness. Therefore, they associate it with the evil characters of the man.

On the other hand, it signifies the true meaning of order. It has the energy of proper structure that defines man way of doing things the right direction. Also, it has the element of balance. In some circles, they believe that Saturn can do things; it’s a way.

Alchemy planet symbol is one of the ways that the alchemist could associate their work with the planets. Besides, they could also use it to understand the behaviors of human beings in life. The word alchemy comes from the Arabian culture. Although the study of the alchemy was a widespread practice even up to the shore of Africa itself.

Moreover, they took the risk of doing their work at a time when there were so many persecutions going on in life. However, they were able to study the planets and associate them with so much of the human ways of life. Also, there is a smart way in which they took to blending the meaning of the planets to the seven metals. Besides that, they say that they use the number seven to associate the seven essential body parts of human beings to the worlds.