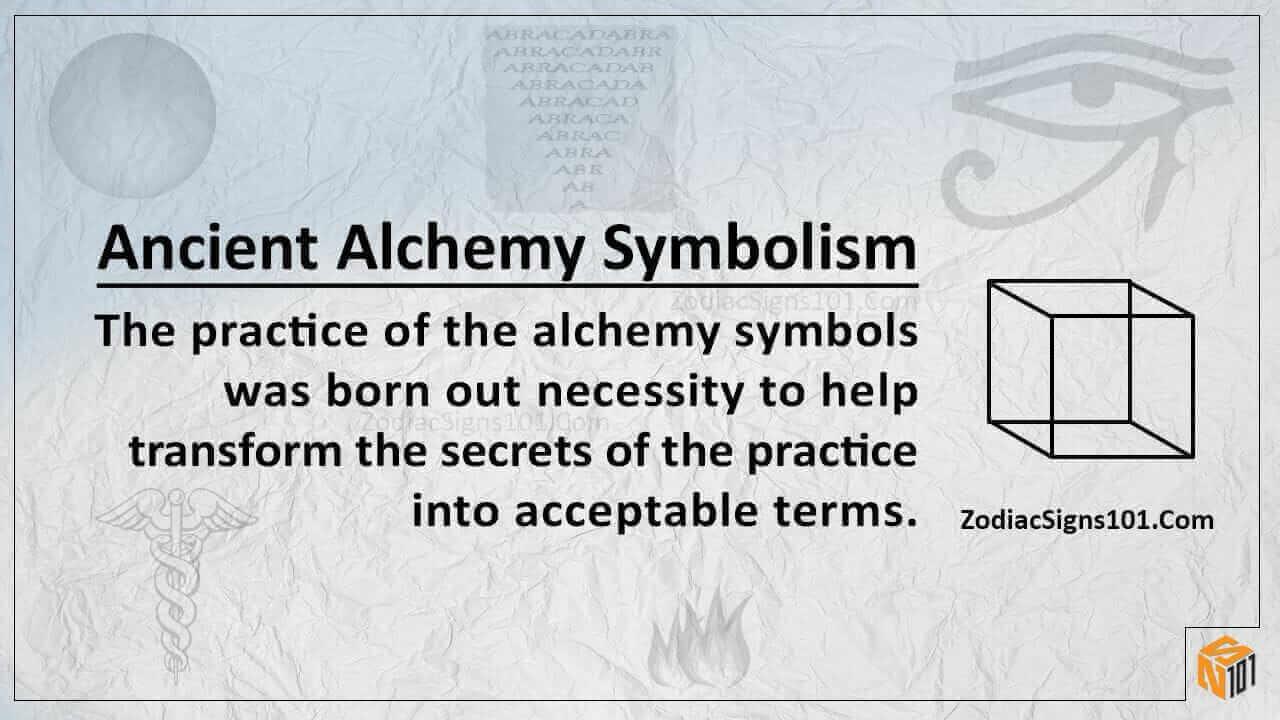 Ancient Alchemy Symbols: Are You Interested in these Special Symbols?

Did you have any idea ancient alchemist had special ancient alchemy symbols that were code? They put up this to help hide them from the vicious nature of the Christians especially the European Church. The church did want anybody practicing anything other than the way of the Bible and Christ. They were willing even to kill the alchemist in a wave of persecution to keep the dominance of their faith.

They were looking at the practice of alchemy as witchcraft and sacrilegious practices against the holy church. This was during the middle ages. Such crime was punishable by death in this period, and they did not even need proof in most of the cases. An accusation was just enough to get a visit to the hangman. The practice of the alchemy symbols was then born out necessity.

This was to help transform the secrets of the practice into acceptable term and hide their ways among the ordinary folks. They then would later go ahead and master how to turn the fundamental metals into gold. This process would be the secret spiritual meaning the ascension of the woman or man. Or, it may also mean the process of attaining a higher level of enlightenment. Moreover, all the items on earth regardless of the size or shape have deep spiritual meaning to people lives.

Some of the Ancient Alchemy Symbols

The alchemists had a lot of ancient symbols that would cover different things in life. Here are some of the common ones that perhaps you might have heard.

I know your mind is racing to the famous magic word some of the conjurers in our contemporary society are using for their show. However, it is not. This is the symbol that originates from the Hebrew culture to represent the sign of the Holy Trinity. This the emblem of the Father, the Son, and the Holy Spirit. The alchemists would use this symbol as a tincture or antidote to cure illnesses. They would then write this symbol on someone and suspend it around their neck.

This symbol also has its roots in the Hebrew culture. It bears the meaning of harmony in a spiritual term. Some say it is the basic principle behind any religious balance in the universe. The alchemist borrows it from the name Cabala or ‘The Secret Tradition.’ Furthermore, this symbol is the first letter of the Hebrew alphabet.

Mercury has a strong representation with the confines and meaning of the caduceus. The symbol itself has a vivid picture of a rod that has two snakes slithering on it towards the center. The alchemists believe that the two snakes represent the polarity or duality in this symbolism. On top of the same rod, there are two wings spread in each direction.

So, according to the ancient belief of the alchemist, they said that this was the symbolism of both duality and balance. More so, there is a strong sense of unity coming from the imagery of the Caduceus Symbol. In contemporary society, many medical organizations us this symbol as their logo. So, one can say that it is a symbol of healing.

A cube is one of the representations of the earth according to Pythagorean the mathematician. It is also a symbol of intellectual traditions. However, the Egyptian culture, the depiction takes a new meaning. The rulers of Egypt, the pharaohs had their thrones made in the form of cubes. This also happens to be the case with some of the Indian gods. A cube is one of the ways that people in both the ancient and new world use to provide the building block.

There is no way that one can find discuss alchemy without touching on the fire symbol. It is the symbol of purification and cleansing in the old line of thought of the alchemists. Also, it has the radiance of divine energy coming from it. On the other hand, the fire symbol stands for transformation and revelation. However, the symbol of fire is one of the few that have not changed since the ancient days. So, in the current world, it still has some real import symbolisms.

Another important swaying symbol of the art of alchemy is the moon symbol. It is the planetary representation of the metal mercury. They had the belief that the moon would merge with the sun and gold. This way together they would both do great things. Alternatively, the moon is the representation if the femininity.  So, when it associates with the sun symbol, it brings with the powerful sway of balance. It also signifies the sole of immortality, fertility, intuition, power of the occult, and resurrection.

This is one of the last symbols that made appearance at the end of the practice of alchemy. It is the symbol of the previous stage of change or transformation. Also, it spiritually means that the peacock was a bird of natural evolution. This was because the peacock was a winged bird that could fly and at the point of choosing the symbol, the ancient alchemy was coming to an end.

There are many other ancient symbols of alchemy that I did not cover here including, the emblem of Quincunx. Others are a symbol of Pentacle, and symbol of Ergon among many others. However, they were all critical in ancient days.