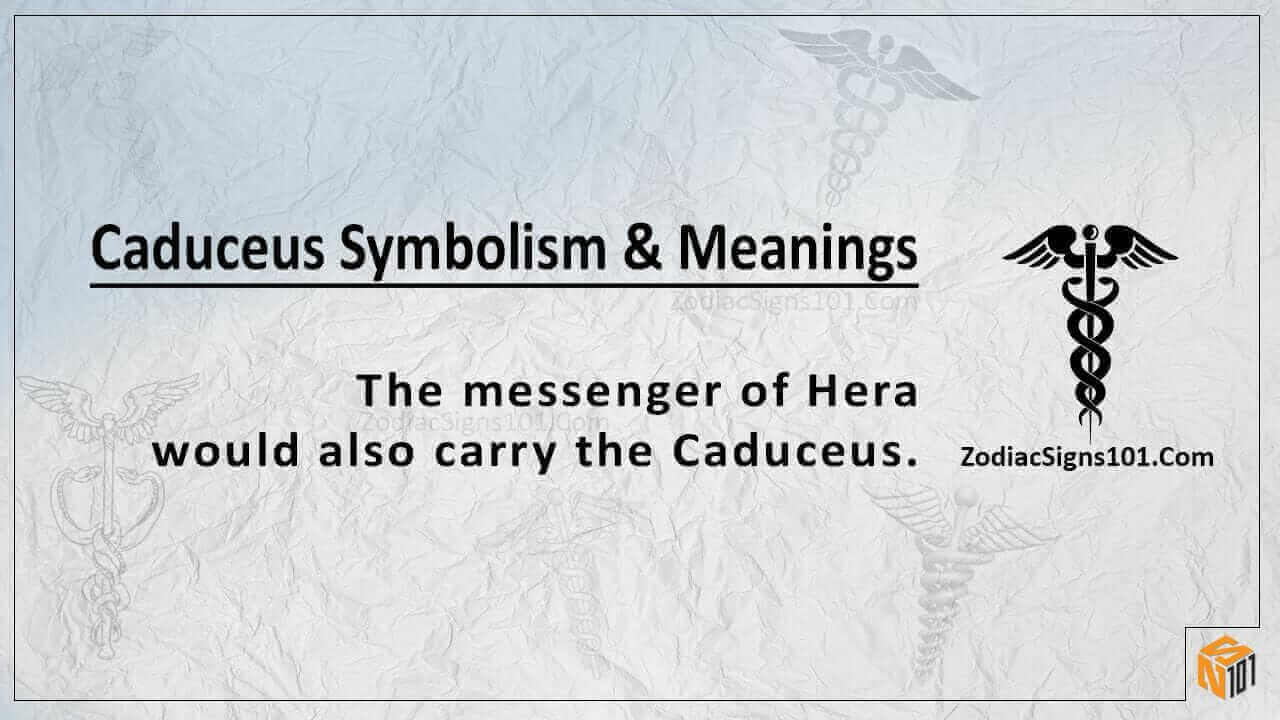 Caduceus Symbolism and Meanings: Do you know the Origins of this Emblem?

Are you aware that the caduceus symbolism & meanings are some of the most essential and ancient symbols in history? Also, the caduceus appears in many mythologies and cultures across history. However, the most significant one was in the culture of the Greeks. Therefore, the caduceus was the stuff that the good Hermes would carry around with him.

Some believe that since Hermes was the herald of the Olympus, that is why the sign is significant to heralding. Moreover, he has it most of the images that remain from these great mythologies. Also, there is a considerable representation of the caduceus in Egyptian religion. The messenger of Hera would also carry the caduceus.

Also, Mercury who was also the messengers of the gods had this symbol. In most of the circles of the ancient worlds of the gods, they chose to see this emblem as trades. Also, they would use as a symbol of occupations due to the work of the messenger gods. For the same reason, one can look at the logo as that of negotiation and commerce.

Caduceus symbolism & meanings: Why Do You Need it in Your Life?

There is a lot of rich history behind the symbolism and meaning of the caduceus. However, this is depending on the view that you have. However, it is not good to dismiss its purpose in your life without first considering it. Therefore, you need to give this symbol a keen look. Moreover, it will help guide you towards the area of your life you have neglected.

Plus, it will provide you with the knowledge and wisdom that you never knew that it existed. To fully capture the wisdom and the knowledge from this symbol, relate the meaning to your situations. Through that, you will be able to navigate the inner feeling and emotions that you may have in life.

However, you need to apply the meaning of this symbol correctly to avoid any types of blowback. If you don’t understand a specific sense, then you may need to dwell on the matter a little longer. Then later you can later use it in your life. If not, you find yourself going through misguided approaches to life that can be harmful.

Caduceus Insignia in the Contemporary Society

There is a lot of similarity between the symbol of the caduceus and the staff of Asclepius. Moreover, many people often misuse it as a logo, especially in modern medical care centers. Remember that these two emblems are two different symbols with different meanings. The staff of Asclepius lacks the wings of the birds at the top while caduceus has them.

Although, they both carry the two serpents climbing a rod. However, they both have similarity in meaning that one can borrow. For example, the two snakes that are winding up the rod represent the need for knowledge. Also, it may imply that you need to watch out or be on the lookout. However, the general sense of the symbols is that it is the presence of masculinity and raw strength.

The wings of the caduceus, however, mean that there is the possibility of soaring in the skies through spirit or mind. Therefore, it commands that you need to start dreaming big. Plus, you will need to look for things that will make you successful in life. Also, you can choose to look at the wings as the representation of your guardian angel on earth. Therefore, you won’t have the feeling that he is far away from you.

The tarot uses the symbol of caduceus more often. Therefore, the caduceus has good sync with the meaning of the tarot and contributes to it. Also, this, therefore, means that the caduceus is essential in the interpretation of the tarot. In the tarot, you can view the two serpents as the representation of duality.

The show us that no matter which opposite stand we may take at one point in life we were ones connected. So, there is no need to always get things out of hand. All these meanings one can draw from the way the two serpents intertwine on one another. Some other of dualities that this symbol can touch on is dark and light, day and night, evil and good. There many more like life and death, yang and yin among many others.

The caduceus in the tarots, therefore, symbolizes the need for perfect harmony despite the substantial differences that you may have. However, it may also represent the semblance of gender and sexuality due the number two given by the snakes. Alternatively, you can also choose to look at the symbolism of the two snakes as the clear connection between spirituality and materialism. In the world of the alchemist, they too decided to view this emblem as a sign of duality. However, they chose to dwell on matters of gender.

Through the teaching of the caduceus symbolism and meanings, you can learn the rich history of the ancient Greeks and Egyptians. Plus, you get to learn about their various gods. Also, you will learn the way they share certain cultures among them like the caduceus. Also, there is a lot of teaching that you can use to guide your way life through life. Through this, you should know that you can consult him if you are feeling lost.

Plus, there is the individual reassurance that the guardian angel is always watching and is ready to lend a helping hand. Also, there is a vibrant connection between the caduceus and that of the tarot. Therefore, they tend to borrow a lot of symbolism from each other. One of the best teachings of the two comes from the fact that the two serpents represent the difference in our lives. It shows us that we can coexist in peace and harmony regardless of our differences.