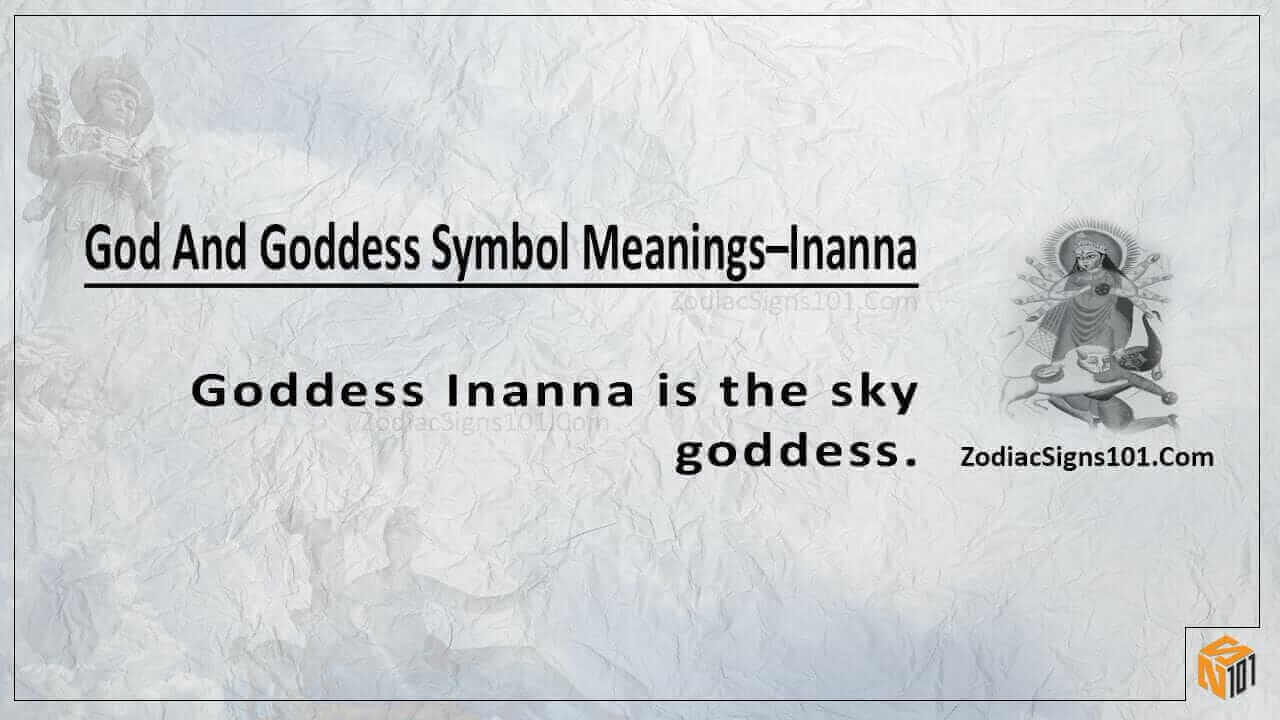 The Symbolism of Goddess Inanna: The Sway that Her Symbols Bear in Your Life

A long time ago, people of Mesopotamia came up with the symbolism of goddess Inanna to help them cope with the various aspects of their lives. She was also the queen of the Pantheon. On the other hand, they also had the belief that she was the goddess of love, abundance, war, and fertility. The people over time came up with different names like Queen of the Sky, Ninanna, and Nininanna. Plus, they also thought of her as the sole representation of Venus.

Furthermore, the ancient Babylonians saw as the great Ishtar. Moreover, she also appears in most of the ancient mythologies. She had several lovers, and the people would also portray her as vain and selfish. These are some of the traits that finally led to her ultimate demise. Due to her greed, she decided to move her will into the grounds of the underworld and tried to oust her sister.

Ereshkigal, Inanna’s sister, who found out the plot to remove her from her domain turned her into a corpse. After Inanna escaped the underworld through rescue, she went back home. There she damned her husband to spend six months of every year in the underworld. This is because she felt that her husband did not show enough remorse during her capture in hell. Goddess Inanna is the sky goddess. This is due to her manipulation of the skies to bring thunderstorm and rain.

The Inner Meaning and Teachings that it has in life

Apart from all her tantrums and her tendency to get bored quickly, Inanna was still one of the most revered deities of that period. Moreover, most of the people of that era would most likely pray to honor her. Some of them would even pray out of the stigma that her name had created in the period. However, she was also one of the gods of that period that was responsible for agriculture. Plus, she a prominent place in the hearts of the Sumerian people.

Therefore, she would appear in some of the ancient Sumerian weddings celebrations. Also, she would appear in the New Year celebrations in the same culture. They would even invoke her presence at the ceremonies so that she could bless the couples or the people present. This is because she was the goddess of fertility and abundance. Inanna also had the spiral as one of her prominent symbols. The twists that reeds have in some of her pictures speak of the way that she has on reproduction.

Representation of the Goddess Inanna in the Mesopotamian Culture

In the cultures of the Mesopotamia, she appears as a supreme deity that represents femininity. Plus, she also gave them the representation of the power to make sure that there will be a continuation of creation. In the times of the Sumerians, there was one Enki who was planning to wipe out everything on earth with a flood. However, Inanna helped humans build a great vessel made out of weeds. So, the human race and other lucky animals survived. This myth has a close connection to the story of Noah’s ark in the Christian Bible.

So, the people back then would worship her for saving the human race from annihilation. Some even saw her as the god responsible for the rains and storms. However, the others thought of her as the goddess of the River of life. This is because she was one responsible for fertility, and besides she was the one that saved the human race. Remember that River in question here is the River Nile where reeds would grow out.

Therefore, some of the people connect the goddess Inanna to the symbol of purity, in this case, the water. Although, most of the time, she was not seen to be pure as the thought. After, the destruction by the great floods, many cultures thereby ca up with many myths on the matter of creation. Having been the deity that put a stop to the destruction of humans, she was then by default the most powerful deity of that age and time. 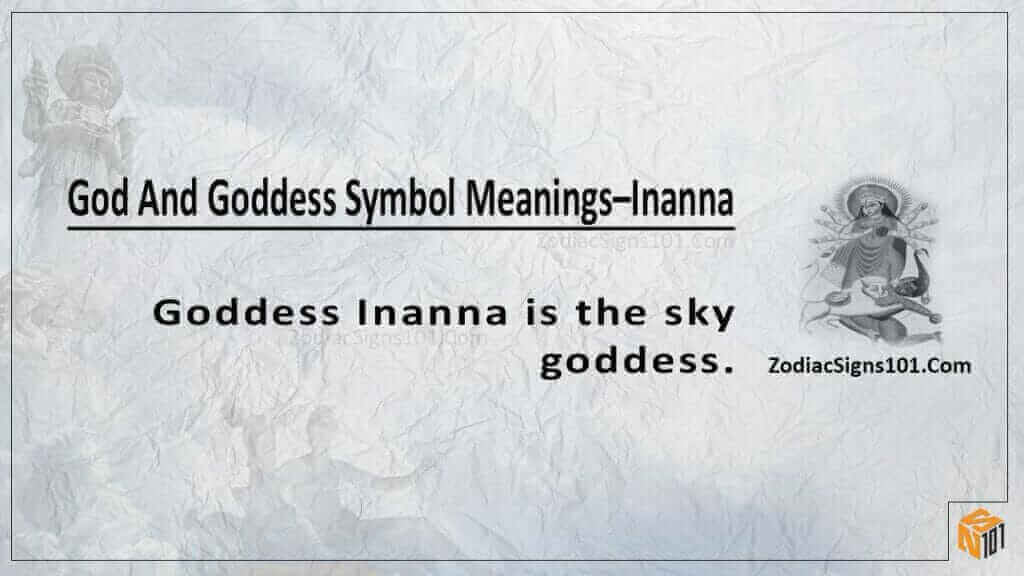 Some of the Symbols of Goddess Inanna and their Meaning

Goddess Inanna was one of the goddesses that ad many symbols that would speak of her power to the ancient people of Mesopotamia. Some of these include the reeds and water.

In most of her recreated images, Inanna is seen with a bunch of weeds while on the water, especially a river. All of these have their meanings and influences on the people that believe in them. In general, the symbolism of her symbols such as the reeds represents the effect of protection of the innocent. In this case, the righteous are humans.

Also, there is a sense of purification that is symbolized by the water bodies that she mostly appears near. On the other hand, she also has the power to give people clarity in their lives and some sense of direction and purpose. Do you know that the human body is primarily made up of water? This is one of the reasons as the goddess of purification she has a close relationship with our lives. Moreover, there is the semblance of her power in the spirals of the weeds.

The spirals that she has represented the need for the smooth, natural flow of life. This is one of the greatest lessons that we as people can pick on. It shows that experience and the purity of a person flows from inside towards their exterior. Therefore, it is essential always to give people time to mature before you can dismiss them from your life. Moreover, the best things are still hidden in seeds and will surprise even the best of us if given time.

The people of the ancient world of Mesopotamia had a lot of symbolic deities that they would pay homage to in their time. However, there most revered one was Inanna, the goddess of fertility and abundance. She was the deity that saved humanity from annihilation from another angry god. In her effort, she became one of the heroine goddesses of her time. Plus, the people of that era saw her as the most potent deity alive.