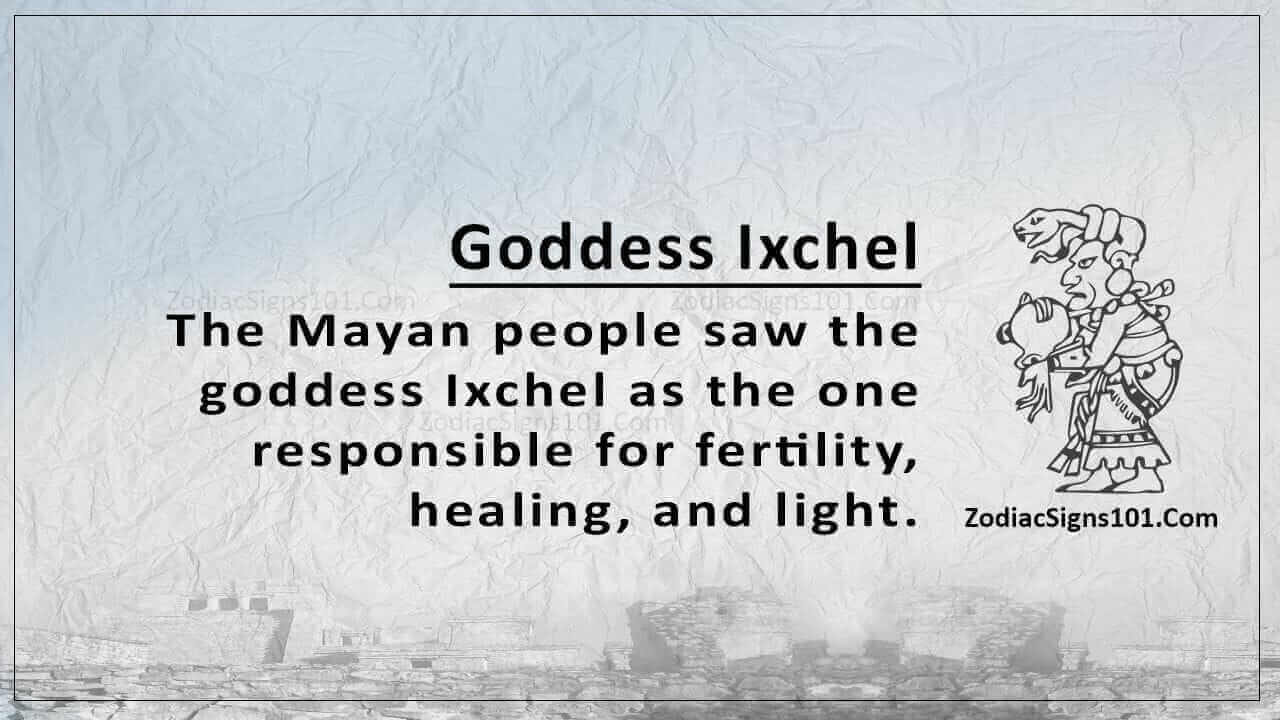 The Inner Meaning of Ixchel Symbols

There are a lot of powerful spiritual meanings behind the Mayan symbols for goddess Ixchel as per the cultural findings of historians. This is because they cover the essential representational purpose of the goddess. Also, if you look closely at the goddess Ixchel, you will notice that she has diverse roles. Moreover, most of the characters are quite complicated and varied.

On the other hand, remember that the goddess has a lot of representation in things like serpents, the moon, and the rainbow.  These are some of the symbols that the Mayan people used to represent the goddess Ixchel. They will also use this type of representation to the picture in some of the Artwork that they have. There several vivid depictions of the man goddess with each depiction having its symbolic meaning to the people. 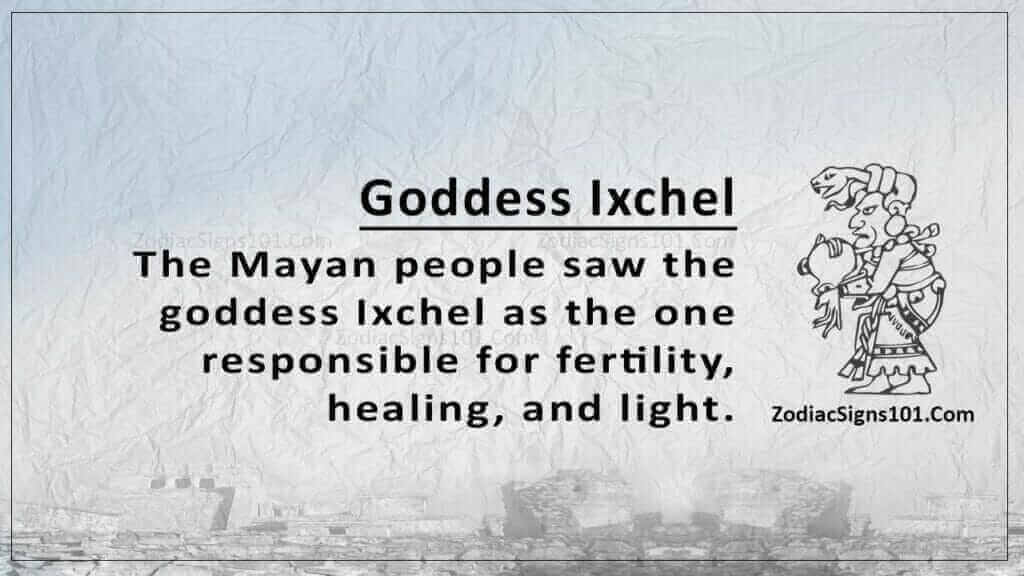 The Mayan Ixchel Symbol of a Serpent

The Mayan people use The Serpent that is wearing a skirt and is having crossbones as a symbol of their goddess.  In the same depiction, there are also other symbols like pottery vessels. These on their own symbolize that there is a lot of connection or a powerful connection between the goddess and earth. Since it’s also about pottery vessel, it also expresses the meaning of water as a gift to the people.

Remember that the symbolism of water is one of the most important things to any community in the world. This is because he provides an element of nourishment and life itself. The fact that the snake is also wearing a skirt symbolizes the meaning that Ixchel is feminine. There are also other Depictions that show the goddess having a snake dropped on her head.  As per cultures around the world, the symbolism of the snakes represents healing Powers and magic. If you combine all these symbolisms, you will realize that the goddess represents the meaning of healing.

Also, you will notice that the crossbones in question is always on the goddesses clothing. In her own right, dress has the power to forgive sin and punish all wrongdoers accordingly. However, one can look at the street as just being vicious and most likely vengeful. One can also argue that these are some of the traits that were common with the deities of that time.

Mayan Symbols for Goddess Ixchel: The Symbol of the Moon

The Mayan people used the moon to represent the goddess Ixchel. This is because they were trying to focus mainly on the water properties and the maternal side of Ixchel. Also, this is because the Mayan people had the belief that the goddess was the one who was in charge of the phases of the moon. Plus, this gives her the ability to interlink the steps of the moon with ideas like childbirth and femininity. Also,  it shows that she is the one who’s responsible four things like menstrual Cycles,  good water movement and the like. The Mayan people also had a strong belief that she was responsible for determining the sex of the child. So,  most of them would pray to her so that they could have no sex of a child.

As per the Mayan beliefs, the goddess Ixchel was the mother of all things on Earth. Since they always depict her with a water pot, she also can control the weather. This means that she was the one that was responsible for most of the forces on earth. On the other hand, she has the mandate to bless the people as well. Although she had to be in a perfect mood to even think of such a thing, however, if she were anger at something the Mayans had done, she would punish them with floods. Ones in a while if the matter was severe or if she was angrier, she would send them a hurricane. Despite all of these, she had the mandate first to help the Mayan people.

The Symbol of the Rainbow

As people who have a love of agriculture, the Mayans had meanings for the rainbow. Also, they associate the symbol of the rainbow to the goddess Ixchel. This is because she was the one who had control over the weather. So, most of the times, they would appease her. This is one of the ways that she would not punish them. Out of this concern, they used the symbol of the rainbow and the clouds to represent Ixchels meaning. Like most of her other symbols, the rainbow also represents the meaning of the maternal sides. Apart from all that, the rainbows were such a beautiful calming sight. This means that that the goddess was happy with the people.

As per the representation of Ixchel, she was one of the forces to be reckoned with at that time and period. So, most of the Mayan people knew how to handle her. They would pray to her and sometimes offer sacrifices in her name. By doing all of these, they would not fall under her wrath. However, the goddess would always show the symbol of the rainbow to mean her delight in all of her people.

In return, she would be ready to bless them with the abundant harvest every season. Not toeing the line with this goddess or not observing her symbols was a bad idea.  This is because Ixchel would throw tantrums if the Mayans chose to ignore her. Moreover, her fits were not one of the things that one looked forward. Alternatively, the goddess Ixchel has many symbols that capture her pure form. Plus, the Mayans would try to depict her image in some of the arts. This is one of the ways that the historians have used to get her meaning and symbols.