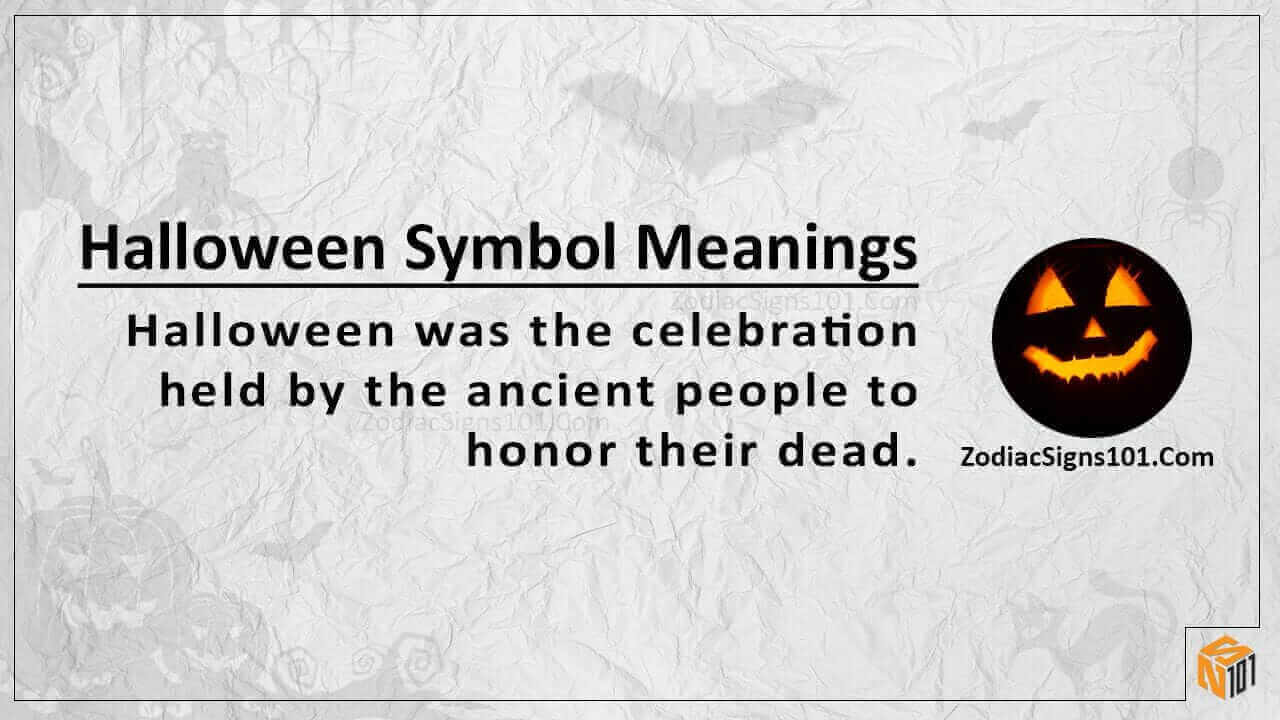 Halloween Symbols: The History of the Halloween

Most of use Halloween symbols as decorations during the period but we have no idea of their meaning or origin and the reasons why we do it. Have even ones in your life thought what the purpose of Halloween is? Or, have you ever thought where the symbols of Halloween come from and why? Well, in this article, we shall cover the meaning of some of the Halloween symbols and the significance. A long time ago in the lands of the ancient Romans, they would take time to celebrate the Pomona and Parentalia.

Parentalia was a feast to honor the spirits of the dead while on the other hand, Pomona was the celebration of the apple harvest. However, the Celts had other holidays as well. During the same time of the year, they would gather around and celebrate the festival of Samhain. The meaning of Samhain loosely translates to the end of summer. Or, it was the period that marked the end of the lighter time of the year to give way to the darker part.

Halloween was the celebration held by the ancient people to honor their dead. Later, in the era of the 1500s, people came up with the term Halloween. It was from the end of the All-Hallows-Even. The other words were All-Hallows Day or All Saints Day. This came from the Catholic church — the time of the celebration of such coincided with the pagan holidays. So, through the help of some church officials, the day was marked as part of the Church celebration of the fallen Saints.

The symbol of a Corn / Wheat Stalks

As the end of summer is approaching, there is a need to celebrate the Samhain. This is Autumn and people are harvesting their crops out of the fields. So, the symbols of the stalks of wheat and corn husk are there to symbolize the end of harvest. This season marks the transitional period into winter. By having the symbol of corn and wheat in your celebration, it shows that you are ready for change. Also, you are about to go through some rough period ahead that you need to have prepared for earlier.

The Symbol of the Dominant Orange and Black Colors

Halloween Symbols: The Symbol of the Spiders

The spiders at the time of Halloween are some of the creepiest things I have ever witnessed. Well, this is because I am afraid to death of the sight of spiders and would likely scream like a little girl at the sight of one. Any good Halloween party cannot be complete without someone screaming due to freaking out at the sight of a spider. People also use spider webs to help them dramatize the effect. The networks of the spiders are there to represent the passing of time, fate, and progress.

On the other hand, when the spider spins its web, it shows us the meaning of the cycle of life. The bugs will come and stick to it’s we, and it will feast on them.  Remember that this day is also to honor the dead. 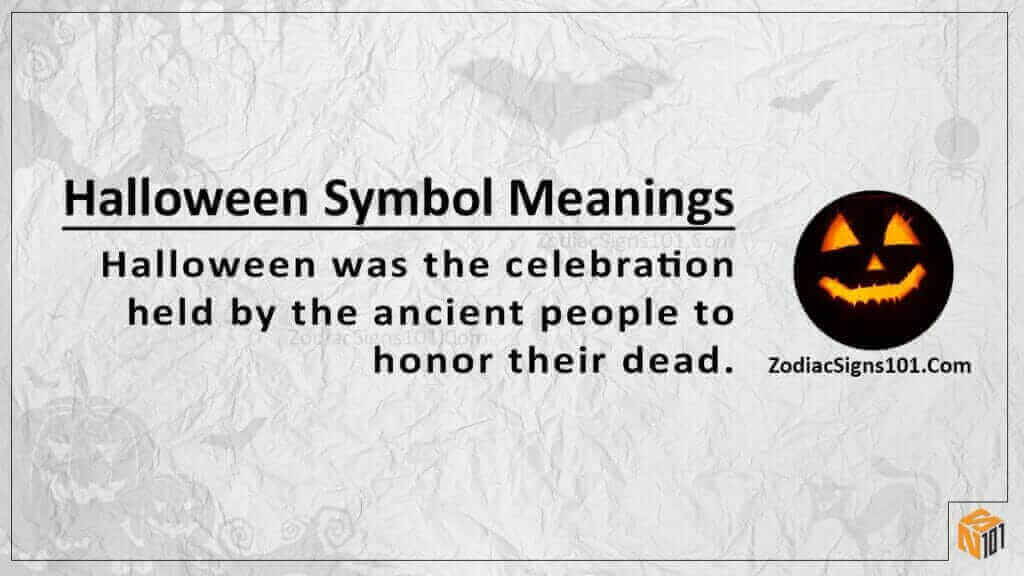 The bats at the time of Halloween are some of the things that makes me hate the holiday. Let’s be fair; the little flying rats are creepy. Moreover, they are nocturnal, so they are useful to mark the darkness that winter is about to bring. In the olden days, the people would have big bonfires that would help draw out moth and other flying insects to it. In turn, the bat would come out to feast on them.

Moreover, the people of this era had the notion that the bats were able to pass messages to the spirits of the dead. Do you know of the Count Dracula the first Vampire? They believe that since he died and human, it was he who would help with the communication with the dead. On the other hand, there was a myth that the bats were symbols of the witches that could come and celebrate with the people during such festive times.

The Symbol of the Black Cat

In ancient times, there are that had the belief that Halloween was the period in time when the veil to mark the territories between the mortal realm and the other was weak. So, people who were keen enough could have communications with the spirits of the underworld. Thus, the black cats that would appear during this period would be the souls of the reincarnated spirits. However, just like the bats, some of the witches could take the form of black cats. It is funny that the people thought of the single ladies to be the witches. This is a fact the most of them today still have cats.

The Symbol of the Skeletons and Ghosts

The night of Halloween is the night to honor the dead. Therefore, they use the parts of human beings to give them the feel of being closer to the spirit world. Remember the skull is one of the symbols that appear in many cultures and hence have different meanings.  However, in terms of the day of Halloween, it is there to signify the spirits of the dead. It is time to communicate with the ghosts of our ancestors and show them, love.

Halloween is one of the important season holidays, but it’s still creeping me out. I can’t say that I have a love for, but my friends do because it makes them happy to scare me to death. On the other hand, I love the candy that my siblings would collect. I would take my time and hide it from them for scaring me throughout Halloween. Plus, the holiday has a lot of teaching about spiritualism and connection to the past that is important to all of us. Therefore, we should take time to enjoy the various teachings of our ancestors.