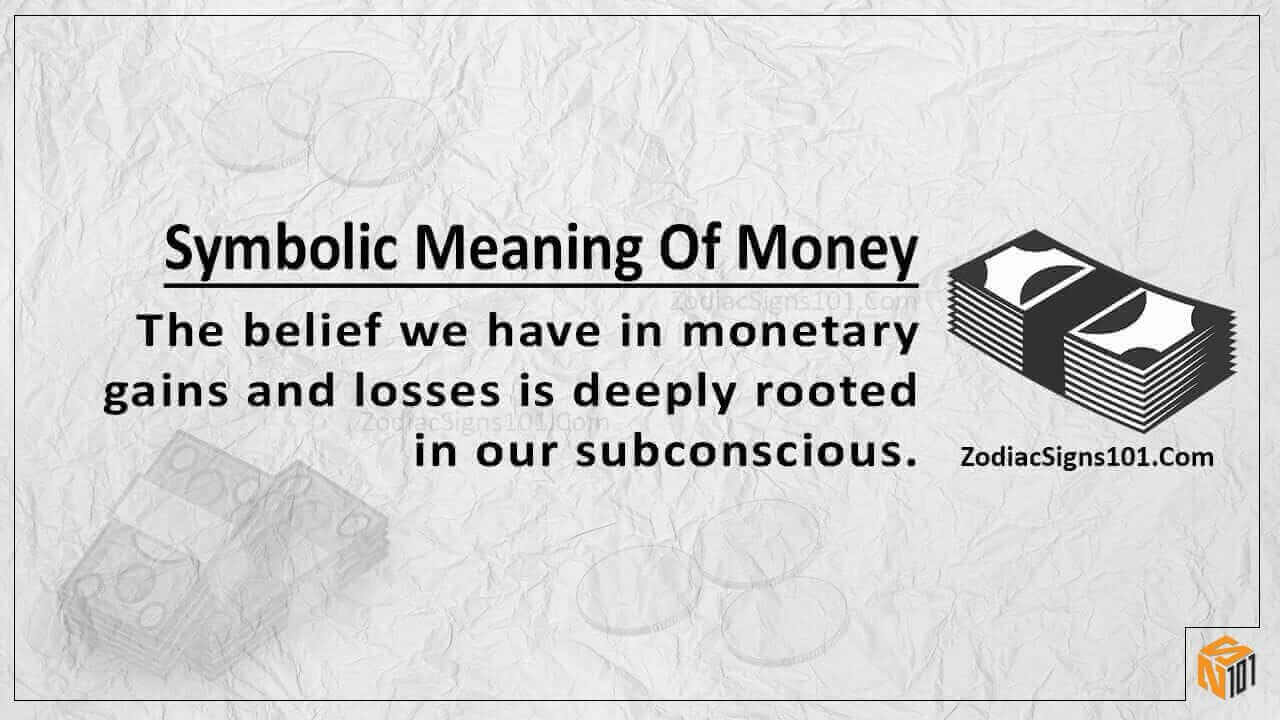 Money Symbolism: What is the definition of money?

Money is something that when people here they stand from their seats. It is something that has captured the whole world in its trance. Its usage is in every aspect of life in the world today. Money operates in two worlds, the inner and the outer worlds. Many people view money as only useful in the external world and nothing more. Based on Money Symbolism, there is a hidden meaning of what money is and the effects it has on the lives of human beings hence the existence of the spiritual significance of money.

So, what is money as understood by the layman? Money is defined as a medium of exchange for goods or services within the economy. Money can be in any form, but the commonly used types of money are coins and notes. In the past, people used rocks as money to exchange goods and services. Barter trade worked well until the use of currency was introduced. Each country in the world has its own money. However, some countries use the same currency, for example, the Dollar and the Euro.

Money has value only because people need it to run their affairs. We live in a world where without money then you cannot do something meaningful or become a respected member of society. Humans associate money with greed, jealousy and material desire which in turn results in wrong attitudes. Interpretation of the meaning of money is not standard. People have different perspectives as to the real meaning of money both in the outer and inner world.

Money symbolism is associated with qualities such as value, power, materialism, exchange, freedom, appreciation, balance and control. According to Abraham Hicks, money is not the root of happiness nor is it the root of evil. He continues to state that money is a result of how someone lines up with their energy. Money exchanges hands before it reaches the point of destruction. This shows that money leads to the exchange of energies from one person to the other hence the reference of money to history.

Money, therefore, is energy that cannot face destruction but instead goes through a transformation. The energetic nature of money points to the fact that as human beings we can never lack money; however little it is. Some people may disagree and state that at times people lack money. The reality is that money can never be exhausted. If you think there is a lack of money, then know that the money is in use somewhere else in the world.

The presence of money in our lives determines our attitudes. The belief we have in monetary gains and losses is deeply rooted in our subconscious. Did you know that the psyche is a mirror of the outer world? Yes, it is because the external you reflects the inner you and vice versa. Therefore, the outer monetary world reflects the inner monetary world. If you believe you lack money, then you shall lack money because what you think reflects on the outside.

Meaning Of Money in Different Cultures

In the past, the Chinese regarded money as more than a tool of exchange. Money was a sign of good luck and good tidings. It was also a sign of purity and truth. Anyone who dared use money other than for its intended use was considered morally corrupt.

The Celts engraved their coins with images of powerful symbols such as trees, bears, and horses among others. Their appreciation for money stemmed out of the respect they had for the symbols they put to use. The symbol on it determined the value of money to them. The same quality the symbols possessed was transferred to the currency in use at the time. The engraving of trees on coins symbolized knowledge and insight.

With the examples given above, it is clear that in ancient history people placed spiritual value to currency. As time went by, money became nothing more than a materialistic element. In modern times, the main purpose of money is for gain and nothing else. Money symbolism is all in the attitude of every individual. 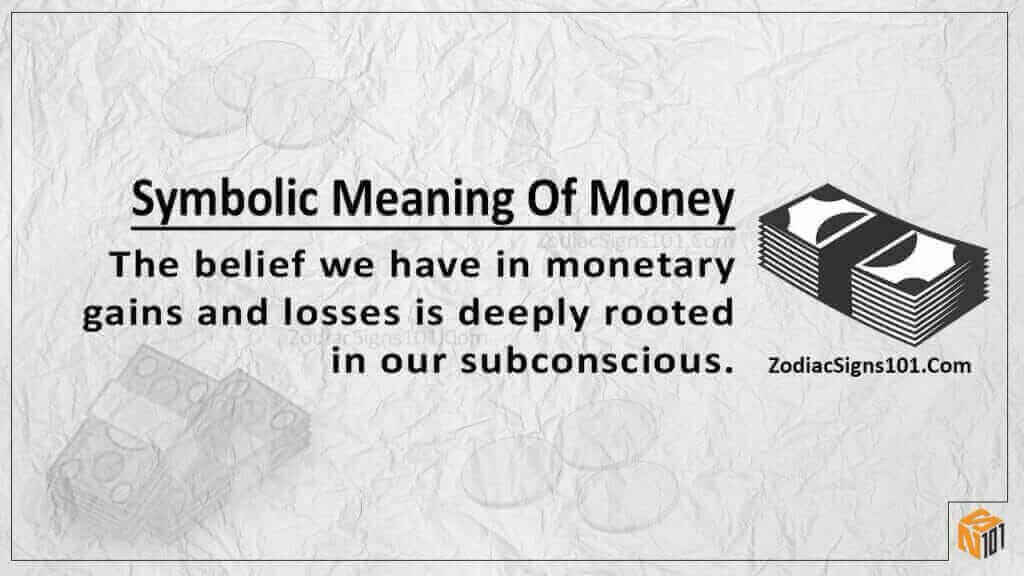 We dream when we sleep as humans and money can appear in most of our dreams. Dreams about money can be interpreted to bring comfort and peace of mind. The interpretation of the dream might go as far as hopes for financial stability in the future. Such dreams might also be thoughts about wealth and prosperity.

Money symbolism manifests differently in every person’s life. It is all about the attitude that one possesses when it comes to matters of money. Money is just pieces of paper and metal. We are the ones who give money the power that it has. The value of money to us is determinate on how we use it. For example, if we choose to donate money to the less fortunate in society, then we give it the power to transform the lives of other people in the world. Its value, therefore, becomes that of charity and not greed. We have the power to give money the value it deserves since it is just physical energy.