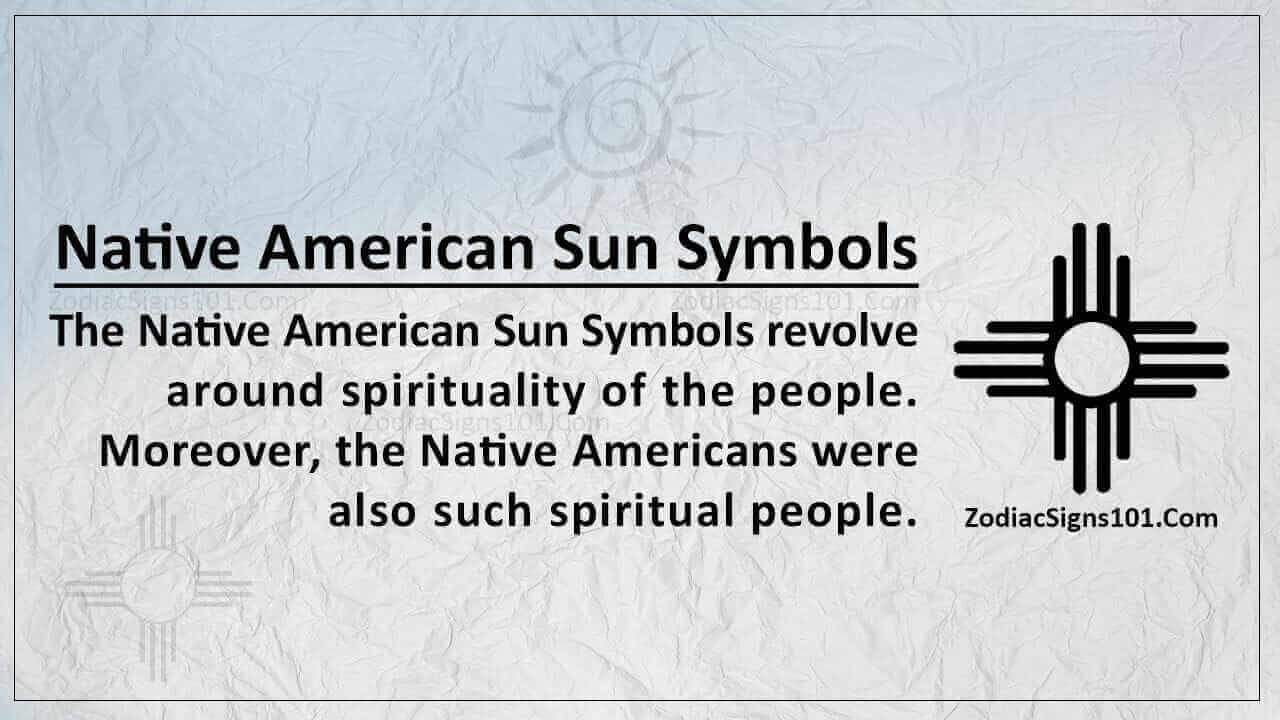 The Significance and Meaning of the Solar Symbols in your Life

The Native American Sun Symbols revolve around spirituality of the people. Moreover, the Native Americans were also such spiritual people. They had the belief that their lives revolved around nature. These are some of the reasons that make their history productive their views and ideas around landscape essential to symbolism. The sun was one of the most important symbols to them. This is because it was one of the symbols that governed most of their natural life on Earth.

In short, most of the tribes and religions of the Native Americans tend to capture the essence that was relevant to the people. Some of the general agreeable purposes to the native Americans include the sun being the source of life, nourishment, and growth.

Moreover, the native Americans were entirely reliant on farming, although some of them were Hunters. The sun remains the primary source that helps plants to grow and animals to flourish.  in their wisdom, they also use the sun as the cardinal representation of directions on Earth. These directions include North, East, South, and West.

Native American Sun Symbols: The Symbols of the Sun

Several symbols represent the Native American symbol for the sun. Here are some of them and their meanings.

As per the beliefs of the Native Americans from the Abenaki tribe, they used the solar god Kisosen as the symbol. The meaning of the name of this god meant the sun bringer. In most of the cases, the Abenaki people depict this god as an eagle with open wings. If you carefully look at the Eagles free arms, there is a lot of similarity to that of the rays of the sun. Also, they would show the same God with closed wings to symbolize the night.

On the other hand, the Lakota Sioux tribe would look at the sun and refer to it as Wi.   in some way, this God was also the symbol of the wild bison. As per the beliefs of the Lakota people, Wi was the strongest and the most supreme of all gods. They also believed that she was the God who was responsible for all the existence of things on earth. So during the summer period the Lakota people who celebrate the summer solstice by holding a ceremonial dance.

The Sun Symbol of the Navajo

The Navajo people are one of the most renowned Native American tribes that still exist today. Moreover, the sun symbol is one of the most recognized false and symbols of the Native American tribes. The sun symbol usually has seven rays projecting from the center of the sun. The seven rays are there to represent the seven centers of energy that guide the life of human beings. According to the values of the Navajo, the sun is a peaceful lover, a healer, and also the reducing light all the most powerful deity. The Navajo also used the sun to Mark special events and record history.  They also use the sun, symbolize the meaning of creation.

The Symbol of the Sun to the Hopi

The Hopi people or strive to use the sun as a symbol of hope and longevity. Also, they have two iconic symbols that they use to personify the meaning of the sun. As per their belief, one of the Gods responsible for the sun had the power to make the crops grow and sustain life on Earth. On the other hand, they also had a personal fire of the sun that was responsible for all the natural energies of the sun. They also used the sun symbols to explain the meaning of the Kachina spirits and invisible forces in their lives. So like most of the other little Native American tribes, the hope people used the sun as a symbol of growth and survival.

The native Americans also had a  Kwakiutl. This Tribe did not portray the sun in such a positive way because their images of the Sun had a less friendly face. According to their beliefs, the sun was an ascended chief that lived in the skies. However, since he was one of them, he will reach out to the people through the rays of the sun. They also had the belief that the sun was a sign of abundance, good life, warmth, peace, and healing.

The Mayan Symbolism of the Sun

The Mayans were one of the most prominent tribes of the Native American people. So they had a lot of meaning in regards to the symbol of the sun. Means that they had a lot of art depicting the symbol of the sun. Like some of the tribes, they believed that the sun was a symbol of Ascension together with clarity and a good sense of awareness. Through the power of the sun, the Mayan people meditate thinking that the sun was the center of the enlightenment. They also believed that the son was the one responsible for intellectual productivity among the people.

There are a lot of tribes that belong to the Native American that still uses the sun as a symbol. Most of the Mayan and Navajo still believe that the sun influences the matters of life as proved by the content of contemporary science. Moreover, there are some aspects of the sun a lot of totemic meanings that will help improve a person’s identity.

Also, most of the people in today’s world use the symbol of the Sun as tattoos on their body to portray the beliefs that they have. As a person, you don’t have to find in the symbolism of the sun to know that it is responsible for the source of life on Earth. Besides, most of the things that we are getting about the sun in today’s world were discovered a long time ago.