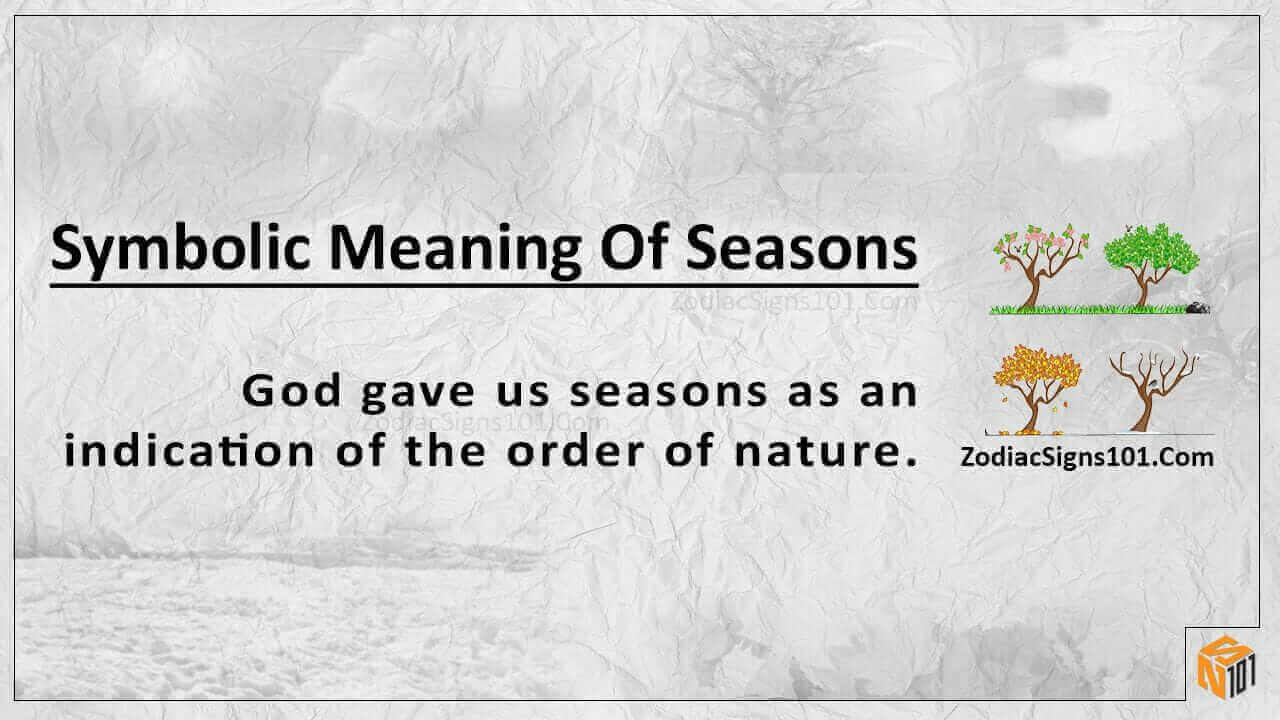 Seasons Symbolism: What are seasons?

God created the four seasons for a reason. They form part of the earth and affect the lives of all creatures on earth. Seasons are useful since they define time and occurrences that we cannot control. They play a significant role in determining a human’s personality and character. Seasons affect the weather and agriculture. Season symbolism enables us to know that there is more to seasons than the effects they have on the climate, agriculture, and growth of both humans and animals.

A season is defined as each of the four divisions of the year, that is, winter, summer, spring, and autumn marked by particular weather patterns and daylight hours, resulting from the earth’s changing position about the sun. God gave us seasons as an indication of the order of nature. Seasons affect the human race, and they affect everything we indulge in.

Season symbolism reveals that the four seasons dictate our dressing code, what we eat and when to sleep among other things. The activities we engage in are affected by the seasons that manifest on the earth. Seasons are not similar in the world. They occur according to the geographical setting of a particular place. Spiritual growth and awakening affect the different seasons of our lives. The change in seasons dictates our moods and attitudes. Spiritual seasons and natural seasons are intertwined in such a manner that we know where we are spiritually by looking at the four seasons God has blessed us with.

The change in seasons affects people’s moods and attitudes significantly. In season symbolism, we have two types of seasons, the natural and the spiritual seasons. The annual revolution of the earth around the sun determines natural seasons. The seasons are determined by the four divisions of the annual calendar. Spiritual seasons, on the other hand, depend on our relationship and revolution around God. Every season has its unique characteristics, but it cannot work in isolation. The seasons rely on each other for the cycle to be complete.

Seasons enable us as human beings to think outside the box and evolve personally and spiritually as the seasons do. There is a time in our lives when we are at our lows, but there comes a time when we are at our highs. The cycle of the seasons reflects on the cycles of our lives. We grow with time when new life cycles present themselves to us. There is no harm in having spiritual seasons since they grow us and lead us to a higher purpose in life.

Spring is the transition from winter into summer. This season symbolizes new beginnings. It also symbolizes hope and a sense of renewal. Everything starts anew during spring. New life comes about with the arrival of spring. Flowers blossom, trees regain their green color, animals come out of hibernation, and people’s attitudes and moods change with the arrival of spring. Spring signifies new things in our lives. The season brings the beginning of new relationships, planting new crops, buying new clothes and getting additional babies among other positive traits.

This is the season that immediately comes after spring. It is characterized by long days that are warm and hot at the same time. The sun is out throughout to bring light upon the earth. It opens our hearts to the light that reflects from others into our lives. This is the time when people come out of their comfort zone to explore. It is also an excellent time for spiritual growth and personal development. Summer does away with darkness and brings forth light coupled with good tidings. 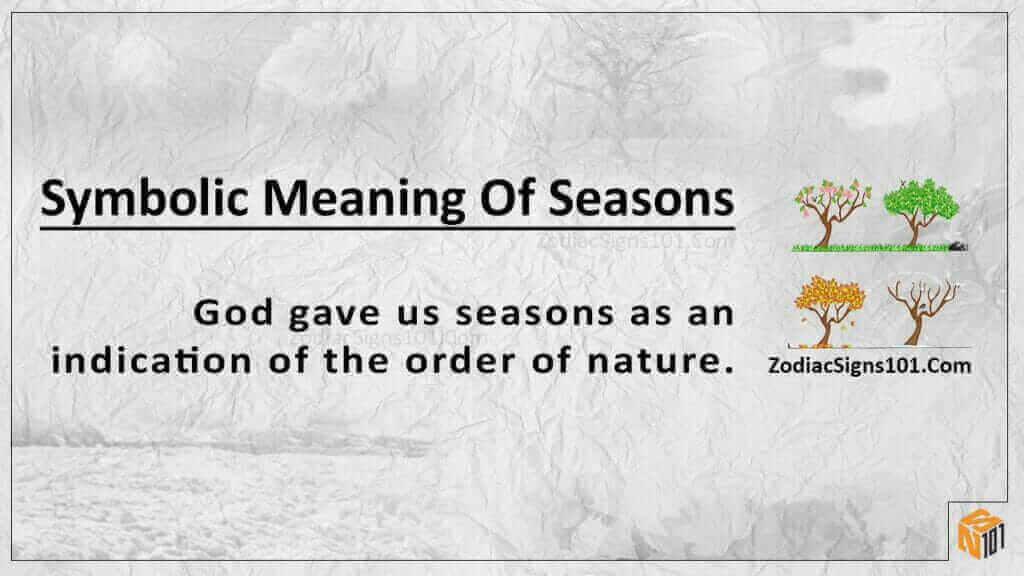 Autumn is the transition from summer into winter. It is also known as Fall. In autumn the nights are longer than the days. The time for harvest is in this season. The transition of human life is seen during this time. Autumn is also a time for maturity. Things have grown and reached their limit. This indicates that you should also grow and become a better person than you were before. Our spiritual walk with God will be steady at this time. This is the time to celebrate our blessings and be thankful.

Winter is the season where we experience shorter days and a decline in the temperature. It is a cold season accompanied by snow and ice. During this season, people, in general, become vulnerable, not only people but also animals and plants. It is a dormant season where not much activity is expected. This is a time for meditation and prayer. It is time for you to get in touch with your inner self.

Based on seasons symbolism, the four seasons have a great impact on our lives. Grow with nature and adapt to the changes that naturally comes with. Work on perfecting your inner being just as nature works to create a balance on earth. The seasons of the earth are not just seasons, but they are symbolic of God’s presence in our lives. Take control of your life, and all will be well.