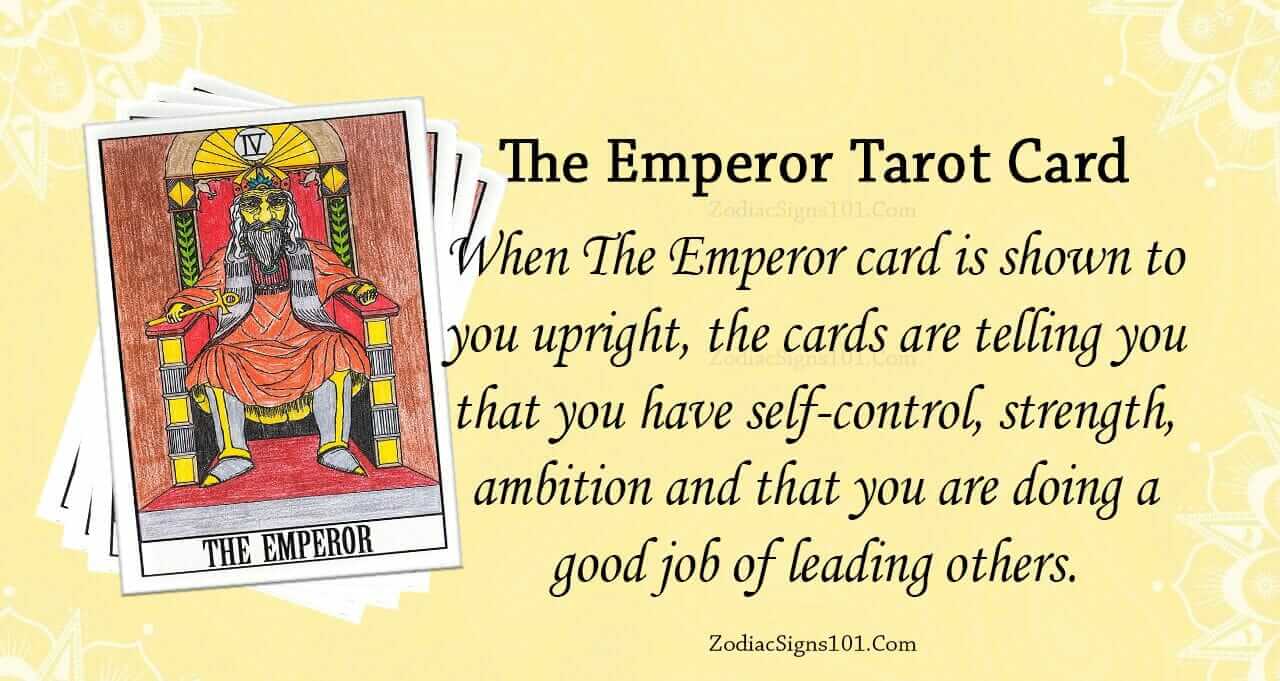 The Emperor tarot card, unlike the High Priestess and The Empress, represents all things masculine and the importance of nature. It is the fifth card of the Major Arcana. In most tarot decks, The Emperor holds a scepter. This is because it shows that men have, historically, been the rulers of most of the world. The Emperor shows leadership and strength as well as achievement and bravery.

There is a difference between The Emperor and a King in tarot. This is because The Emperor shows there needs to be a balance to the masculine and feminine. That is why there is a card for The Empress and The Emperor. They unite and complete each other. 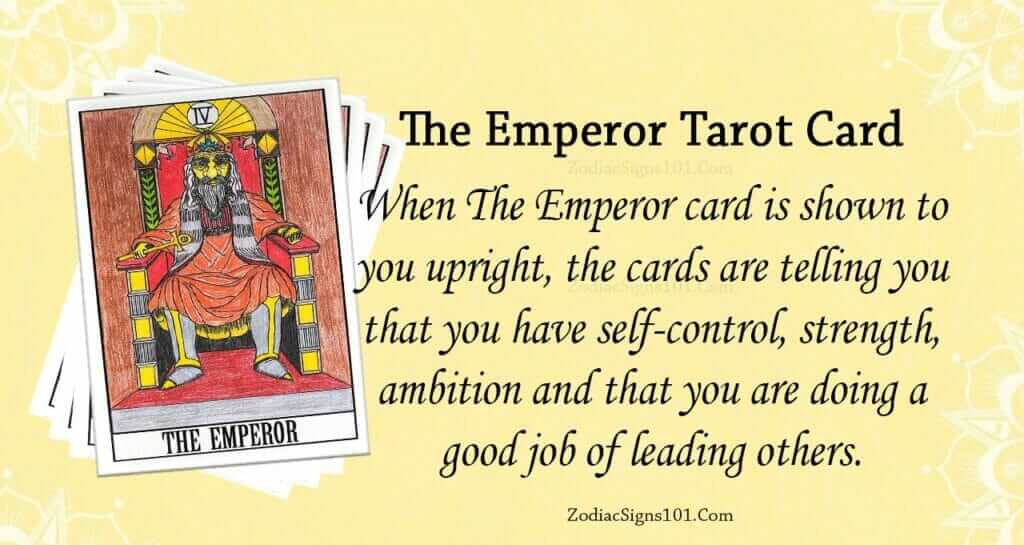 The symbolism The Emperor is best shown in decks where he is wearing a suit of armor. This is because this card shows that you are holding in emotions or thoughts that you ought to be sharing. Men, stereotypically, hold in all of their emotions so the world around them does not know they are vulnerable. That is why this card shows itself. You, or the person you are doing the reading for, is hiding something deep within so others will not know that something is wrong. This card says, “It’s time to share your feelings!” 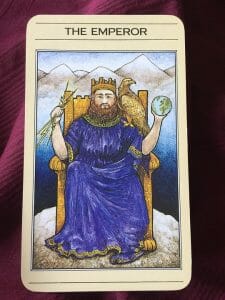 When The Emperor card is shown to you upright, the cards are telling you that you have self-control, strength, ambition and that you are doing a good job of leading others.

However, if The Emperor appears reversed, it not such a good sign. It does not mean anything bad is going to happen, it simply means there is room for improvement. You are not leading as strong as you can be. Therefore, you are not affecting them as strongly as you could be. Maybe you have lost the motivation and ambition to do something you need. This could alternatively mean that you are following someone too closely and they are using you.

Simply put, The Emperor card is for when you need reassurance. Things are going well, you know what is going on, and you have it under control. Overall, you are in charge of yourself and your workings because all of the hard you have been putting in is paying off. You are in a stable and steady position and have little to nothing to worry about.

Since things are going well, you do not need to pile drive everything like you probably has been. However, you do not want to start slacking off either. You need to find a good balance between working and enjoying what your effort has already brought you.

Whether or not The Emperor tarot card is a blessing or a curse in a love reading is completely up to the reader. The Emperor is telling you that a stern partner is going to be coming into your life. Some people like a partner who wants to make everything fit into its ‘proper’ role. However, that can be a problem for a woman who wants a night out with her friend or a man that just wants to have a bubble bath and read a good book on a Friday night.

Some people are touched when this card comes along because they see it as their lover wanting to care for them. On the other hand, some see it as suffocating and they want out of the relationship before it really has a chance to begin.

If you are not the boss, then the boss is going to see that you are a hard worker and want to reward you for that. If you do not have a job, then this means that you are likely to be getting one soon. Whatever you have been doing has been working. The bottom line is, The Emperor means that something good is coming from a wise and strong person.

When you see The Emperor in a health reading, it is suggesting that you get help from a specialist. However, the specialist does not have to be a doctor. If you are stuck with something, you may need to talk to a teacher, coach, parent, or friend to get yourself into a better mindset.

A lot of people do not realize that having a strong and healthy mindset is just as important as physical health. Being confident in your abilities and in yourself can help ward off depression.

However, seeing The Emperor card in this situation could simply mean that your ailment is not going away on its own and you could use medical help. This card could also signify that you are not getting the support you need from those around you to reach a health goal you are trying to achieve.

It can also mean that something special is going to happen to an important male friend or family member.

All in all, The Emperor is an important card because he shows that balance is needed. He shows you where you have enough confidence, bravery, and where things are going right in your life. Also, he shows where you need to ask someone else for help so that you can achieve the things you are setting out to do. He can show that someone is trying to how they feel about something from you. It could also imply that you are trying to hide things from someone else.

The Emperor is not a bad omen, he simply redirects where it is you need to look to get things done better and faster. The Emperor is the father-like in the same way that the Empress is the mother-like.