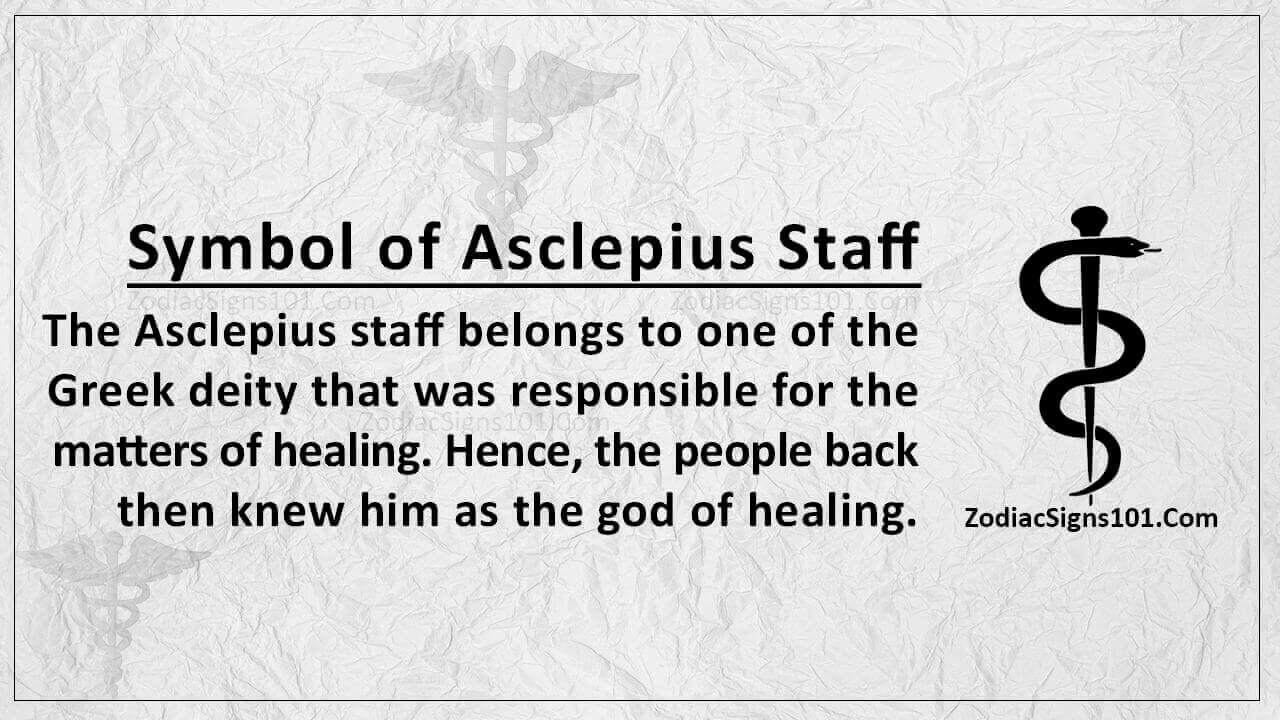 Symbol of Asclepius Staff: The History and Lessons that these Symbols Can Teach You

Historical texts capture the meaning of the symbol of Asclepius staff from Greek mythology in such a unique and amazing way. Also, the same documents depict it or give us an image that is amazing in regards to the features of the rod. The rod has a snake on it with a staff that is ascending above it. Moreover, the Asclepius staff belongs to one of the Greek deity that was responsible for the matters of healing. Hence, the people back then knew him as the god of healing.

On the other hand, he was the one they would consult on matters relating to doing with medicine. The god of healing Asclepius got his name from the Greek translation of ‘to cut open.’ This name came about because god Asclepius was cut out from the mother womb. Allegedly, his father god Apollo burnt her for having been guilty of infidelity.

The meaning and the use of this rod is still active to some people even today. Therefore, they chose to apply its purpose in different ways. Some may even use it as a tattoo on their body. Also, there are some of the Greek hospitals that take the name of Asclepius. Furthermore, they believe that Asclepius staff has the power to offer them protection and healing powers. Through such skills, they can be able to attend to their patients with honor and integrity. 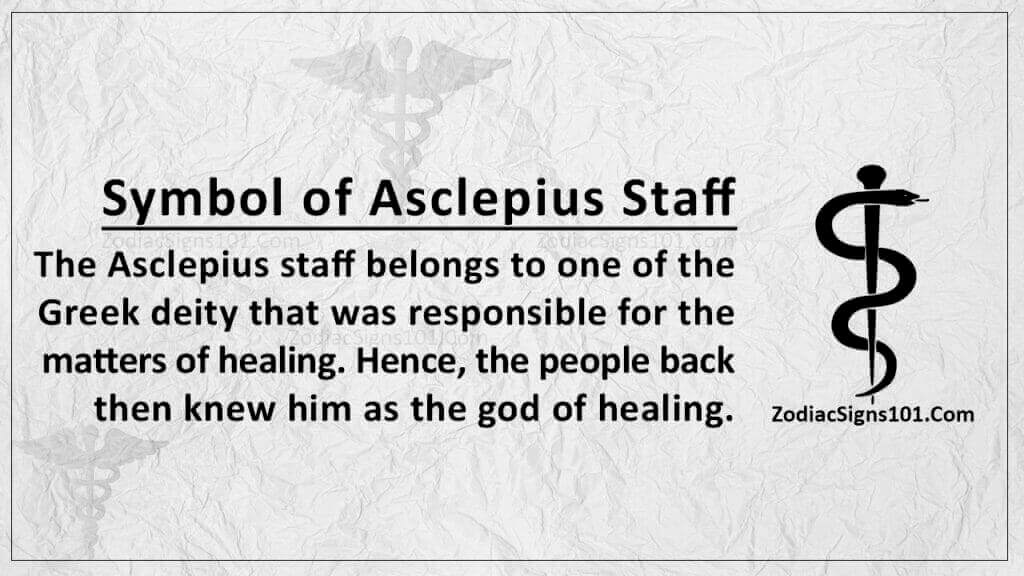 The Symbolic Meaning of the Asclepius Staff

The Asclepius rod has a lot of sway in the medical sector, especially in Greece. It stands for the meaning of providing adequate medical care to all that need it. Moreover, several organizations use the sign to mean just that. Most of the medical fields that use it include surgery in most of North America. Other medical professionals use this symbol due to its long-standing history between Asclepius and Hippocrates.

As per the legends suggests, Hippocrates would harness the powers of god Asclepius to help him heal his patients. Moreover, there is a belief that this used to work for him all the time. This is why he is one of the ancient renowned healers. Through the knowledge and history of these two, the Hippocrates oath came up. It suggests that any medical professional must provide the best medical care to their patient and with integrity.

The Symbolic Differences of the Two Rods

There are a lot of similarities revolving around the appearance of the two rods. Therefore, most people always confuse one for the other. However, through a keen eye, you will notice that both of them have distinct features that can separate them. For example, while the Asclepius staff only has a snake crawling on it, the Caduceus has wings and the snake. The sides that the Caduceus has had the meaning of spiritual awareness.

The Symbolic Similarities the of Two Rods

The only meaning that they have in common is the snake that crawls on both rods. Also, the Asclepius staff represent the symbolism of masculinity due to its phallic nature. Both of the rods give out the meaning of ascending to attain knowledge. Or, you may choose to look at it as the path or the way to achieve higher consciousness. This line of thought you will get from the way the snake is coiling upwards on both the staffs. Also, as per the ancient cultures, serpents were a symbol of healers. They would channel the spirits and the powers of the snakes to give them a better chance of healing their patients.

On the other hand, most of the healers of that era had the notion that snake had bodily fluids that would help in repairing any wound. The fact that the snake was able to shed off its skin was also a contributing medical factor in that era. They thought of it as a way of the snake to remove the illnesses and the impurity that they have.

All of the two symbolic and celestial rods can heal people. Moreover, they both stand for the possibility of providing one with the power of rebirth and integrity. Therefore, this is why both of them have a deep root as medical symbols in today’s world. Moreover, most of the medical fields are trying to borrow from the teachings that they have. However, some of them are using the symbol of Asclepius’s staff wrongly. This is because it has a lot to do with the meaning of prayer and having faith. That is why most of the ancient people thought of it as the symbol to help them attain good news about life. Moreover, it was the symbol of one of the most influential servants of the gods.

A long time ago, people had strong beliefs that they could get cures from simple things like prayer. This is a practice that is still active in many other religious traditions today. They also rely on the matter of faith to keep the world going round. This means that through their prayer, they can wish and will for miracles that sometimes occur. This means that the power of the deities and the cosmos is out there for all to harness. Therefore, we have to work on our faith in the reality of the existence of such powers to help us with our lives. For example, those that genuinely believe in the symbol of Asclepius staff stand a chance to benefit from its influences.