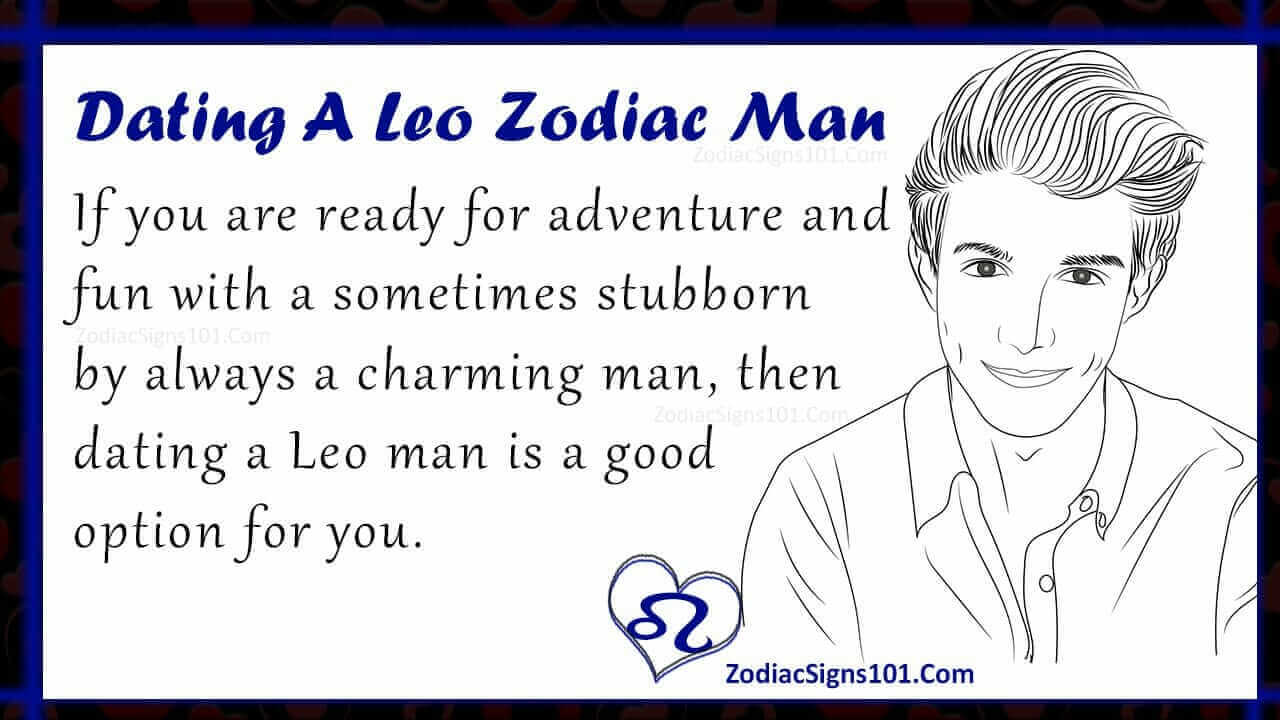 Dating a Leo man won’t take long because he falls in love often. His dynamic personality always keeps potential partners coming back for more. He’s charming, energetic, and funny. While he may think himself to be a lady’s man, he can also get serious about a lady he cares about. Dating a Leo man is full of ups and downs so be prepared for a rollercoaster of love when you get into a relationship with him.

The Leo man is bold, determined, and ambitious. He won’t let anyone get in his way when it comes to getting a promotion or conquering a new love interest. He likes to be the boss, which can make him bossy at times. While the Leo man spends a lot of time working hard, he always has a little extra time to party. He knows he must work to get the finer things in life. Once he gets the finer things, he is sure to flaunt it. His charismatic energy is sure to keep people talking to him. He rarely starts a boring conversation.

All the Leo man’s upsides, unfortunately, come with downsides. While he is charming, he can also be arrogant. Since he is a hard worker, others might find him to be routine. He won’t stop to get what he wants but if he pushes too hard others may think him to be stubborn. If you want to be with a Leo man, he’ll want you to see things from his point of view. He doesn’t like it when others point out his flaws.

Leo men are extremely romantic. They do whatever it takes to woo someone he is interested in. His confidence is so high he believes he can get whoever he wants. His chase to get someone may seem a bit adventurous, but that’s because he will want his relationships to be adventurous. Even once he has someone who he wants, he is sure to do whatever he can to keep them happy.

A surprise romantic gesture is not uncommon from a Leo man. The Leo man loves the chase so he is likely to be with many people before he finds the one. Once he is with someone, he is devoted and only asks for the same in return. If his partner were to cheat on him, then he would take a large blow to both his ego and heart.

The Leo is a wild man in the bedroom. He loves to do new and exciting things both in and out of bed. He is likely to think of new ideas all of the time, and most of them are great for his partner as well. While the Leo man needs to satisfy himself, he also does whatever he can to satisfy his partner.

The Leo man is also open to suggestions. If his partner wants to try something new, then he will almost always give it a shot. However, he is against doing anything degrading. His ego is too big to do that. Anything else is fair game in the bedroom, though.

The best signs for a Leo man to be with are Aries and Sagittarius; these two signs have the energy to keep up with him. Libra and Gemini women also make a good match. Their confidence levels can match his, which is important. Leos do okay with other Leos. They know their strengths and weaknesses but that doesn’t mean they’re always a good match. Aquarius also does well with a Leo sometimes, but only when the saying ‘opposites attract’ is true. Taurus and Scorpio are bad matches. They are too different to work out. All other signs are okay with Leo; they are nice but won’t bring anything special to the table. 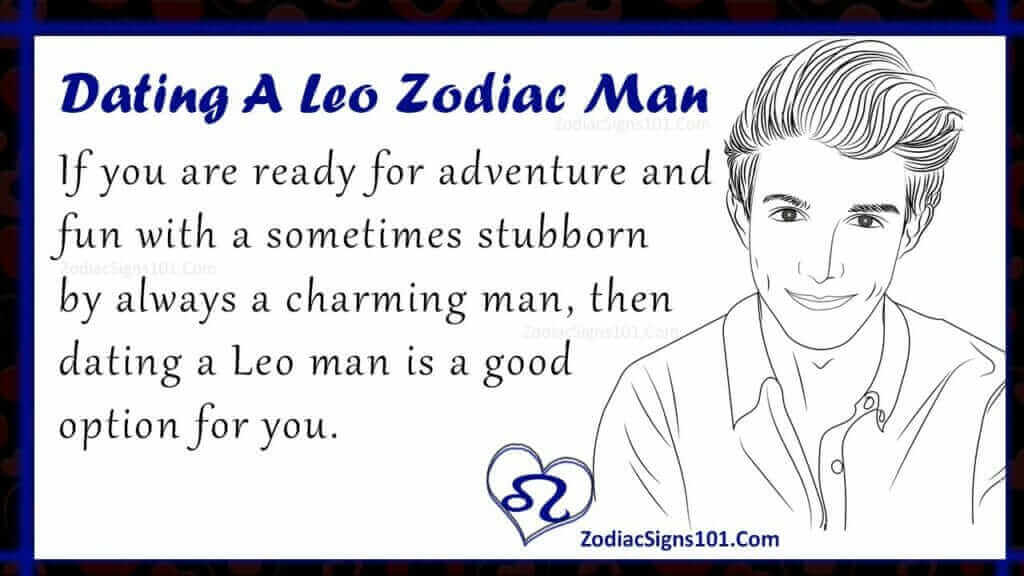 If you are ready for adventure and fun with a sometimes stubborn by always a charming man, then dating a Leo man is a good option for you! Just make sure you can keep each other entertained and you are sure to last!