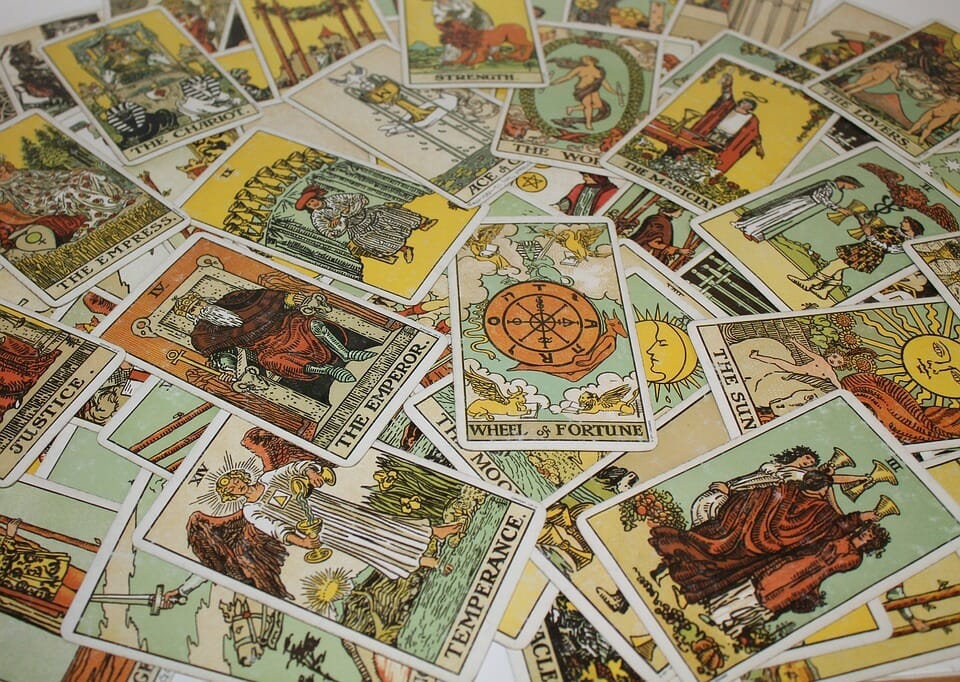 The History of Tarot Cards

The true origin of Tarot cards, the games played with them, and their readings yet to be discovered. No one knows exactly which country Tarot cards came from. They most likely came from Asia or the Middle East. However, Tarot cards eventually made their way into Europe about 500 years ago. This is when their fame started. Tarot reading is so popular today that you can find decks in hundreds of designs. Chances are, there’s even a deck pertaining to your favorite book, movie, or TV show. This article takes a look at the history of tarot cards and their readings.

Asia and the Middle East

One supposed origin of the Tarot cards are the Eastern countries: ancient lands such as China, India, or Egypt. These cards were used in these countries for centuries. Traders brought the cards into Europe. At least, that’s the rumor. So, which traders brought these cards with them? Gypsies, also known as Romanies, are the most likely group to have brought Tarot cards to Europe. Arabic travelers may have also carried the original Tarot cards with them. In addition, 15th-century Venetian traders may also have been the first ones to use and transport tarot cards.

We know that Tarot cards eventually made their way into Europe. The question remains, which country did they come to first? One possible source is France. Many historians believe Charles VI had a deck around the 1390s. The other theory comes, again, from Italy. From some of the earliest records, in 1415, the Duke of Milan had one of the earliest known decks. Others say the cards are a deviation of the Turkish card game, Mamluk from the 14th century.

In Italy, the richer families would pay for painters to make them specially designed decks or cards. This is where the triumph or trump cards come from. These fancier cards might have a person of importance, a favorite flower or tree, and sometimes even a loved pet. The usage of these cards didn’t become available to the mass of the population until the invention of the printing press. This is because hiring people to paint the cards and embellish with caligraphy cost too much for most people.

The History of Tarot Cards: The Occult

The Duke of Milan was one of the first Europeans to write about Tarot cards. In 1415, he described them as a game of sorts. It worked differently than the usual 52 card playing decks. Tarot cards were not used for divination until about 1781. However, the divinatory usage of the cards was much simpler in the beginning. The meanings of the cards were plainer and it wasn’t until the 18th century that people began giving the cards complicated meanings.

English, Italian, and French occult followers began using them for divination. They did this because they thought the symbol on each of the cards meant more than it was just an interesting painting. People believed the Egyptians used the cards in this manner as well. This is because the keys of life were being received through hieroglyphics.

In 1971, De Geblin, a Protestant minister turned Freemason, wrote a famous analysis on the use of Tarot cards. In this analysis, he wrote about the “evils” of Tarot cards. According to De Geblin, Egyptian priests first gave the meanings of Tarot cards to Catholic priests. De Geblin also claimed that the Church wouldn’t want their parishioners to use Tarot cards because they were too closely linked to the Egyptian gods. They didn’t want to say anything about the gods because it would contradict the First Commandment. ”I am the Lord your God, you shall not have other Gods besides me.” Of course, De Geblin had nothing to back up his claims. Nonetheless, people believed him. Today, there are still many superstitions around the use of Tarot cards due to De Geblin’s claims.

At first, Tarot cards didn’t have swords, wands, and other magical items drawn on them. This is much different than how they are recognized today. Two members of the Order of the Golden Dawn are credited with the modern artistry on Tarot cards. These artists were Pamela Colman Smith and an occultist, Arthur Waite. Smith was an artist, while Waite was more interested in the occult. In addition to the usual chalices, goblets, wands, and so forth, Smith included human figures for the first time. This deck was first released in 1909. To date, it is still one of the most common Tarot card designs.

As previously mentioned, Tarot cards were not always used for predicting the future. Sometimes they were used in games. In this way, they acted just as modern playing cards act in games today.

Today, many children play MASH at sleepovers and parties. In the 1500s, Italian, especially the richer folk, would play a game called “Tarocchi Appropriati.” To play this game, players would pick random cards. Next, they would create a story from the cards they pulled.

This game lead the way to board games played in the Victorian age. J.K. Hechtel, a German man, invented this game. To set up the game, players put down 36 cards on the table. Tarot cards or regular playing cards could be used for this game. Players would then roll a die to move their character across the cards. If you landed on the 35th card, you were one of the winners. However, if you landed on the 36th or rolled higher than the 35th, then you lost. Superstitions stated that losers would face bad luck even after the game ended.

The History of Tarot Cards: Conclusion

Though the origins of the Tarot cards is still up for debate, people still use the cards whether it be to get guidance or to play a fun game. Given how popular the desks are, it’s a good thing these cards are now available to more people than just the wealthy.