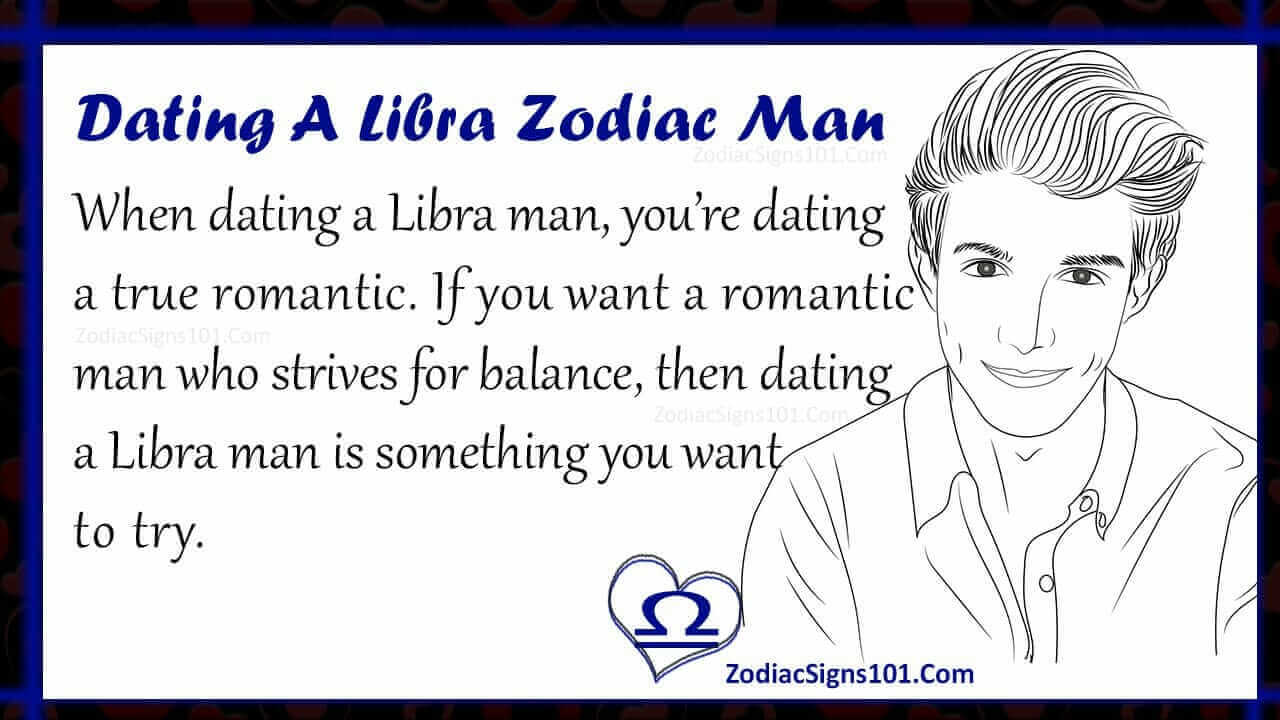 When dating a Libra man, you’re dating a true romantic. He loves to fall in love and he doe s so often. This doesn’t mean he’s not serious about love, though. Every time he falls in love he thinks he is with ‘the one’ but it will take a truly unique woman to actually be ‘the one’ for him. He sees love everywhere and if you date a Libra man it is likely he will see the love in you as well.

All Libras strive for balance in their lives and the males of this sign are no exception. Many Libra men focus on finding balance in their social life. They try to avoid conflict with their friends but they can also mediate a conflict between their friends. If they get into a romantic relationship, then they try to balance out the time between his friends and his partner. “Compromise” might as well be the Libra man’s middle name. He strives to have balance in all areas of his life and making compromises is the easiest way to do this. He does his best to please others and especially not to anger them.

The Libra man loves the idea of being in love and he can be a romantic because of this. He loves to be in a romantic relationship, so when he is out of one he does whatever he can to get in one. Once he is in one, he is sure to try to make it work.

When in love, the Libra man is kind. He does not want to hurt his partner in any way. While this sign sometimes cheats on his partner, he is not likely to when he is in a serious relationship. If you don’t want to share your Libra man, you need to make it clear to him or he might look for love elsewhere.

The Libra man loves to give his partner everything he can in the bedroom. If you have any sexual fantasies, then tell him about it. The Libra man is up for anything. If he knows his partner likes something, he will be all the more likely to try it and get something out of it for himself. He is also likely to suggest creative things as well. His new ideas could revolve around foreplay or sex since he loves to spend time on both. If you like to try new things in bed, then dating a Libra man could be an exciting time for you. 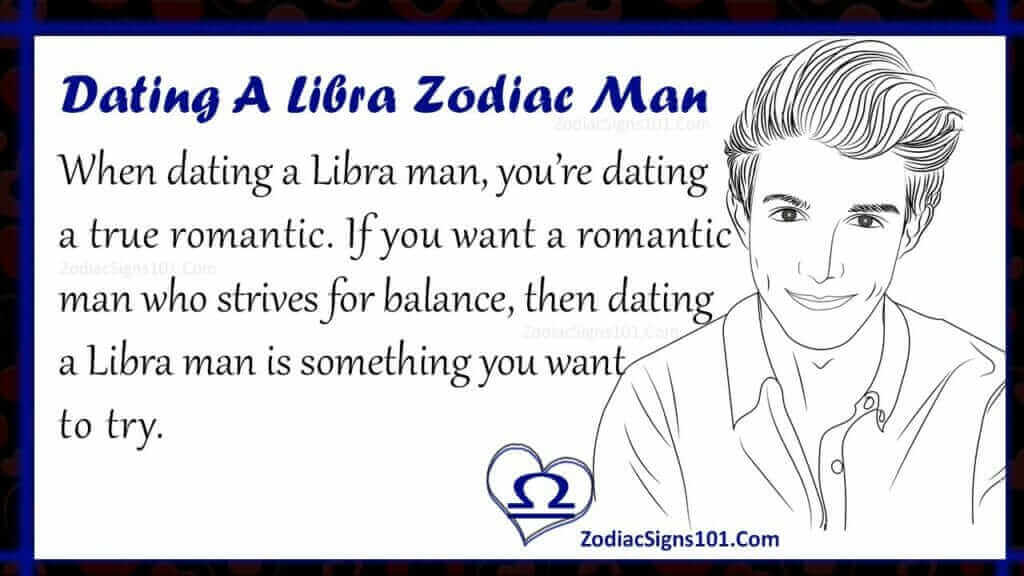 Libra does the best with other Libra, Aquarius, and Gemini. These couples make a great match in every aspect of their relationship. Leo also does well, especially in the bedroom. Aries, Taurus, and Pisces have things in common. Sometimes, these relationships work out but not every time. Cancer and Virgo are a no go. These signs are too different to work. All other signs make an okay match for Libra, but not great ones.

If you want a romantic man who strives for balance, then dating a Libra man is something you want to try! Just make sure you are creative and smart enough to keep him entertained, and he is sure to stick by your side!