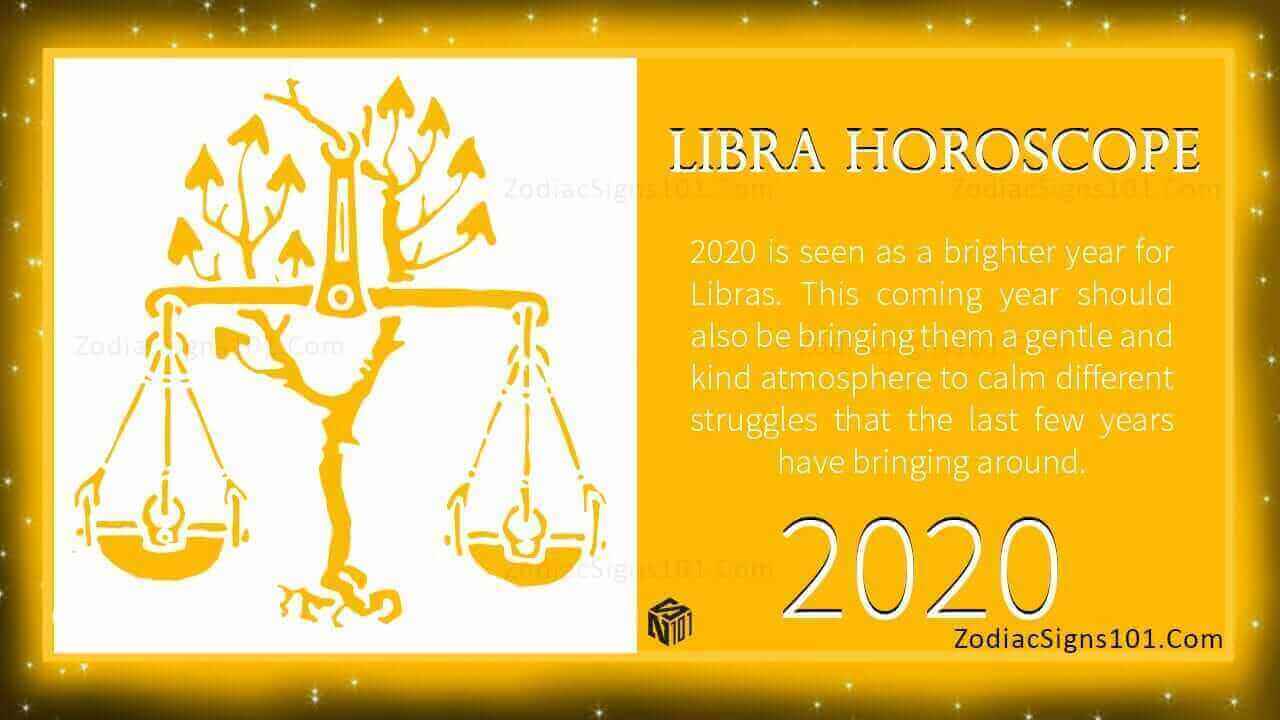 The Libra 2020 horoscope predicts a bright year! This coming year will bring them a gentle and kind atmosphere to calm down in. This year will bring an end to different struggles that the last few years have brought around. The first half of the year is going to bring Libras plenty of time for relaxation. The second part of the year is likely to return to a slightly closer to normal position. In addition to a good chance at a new romance or the starting of a romance, 2020 is going to be a good year for Karma to repay Libras for their hard work of the last couple years.

Libras are going to given almost countless chances to learn in 2020. They should not be scared to explore and see what else they can find. These people should allow themselves to follow their heart and curiosity in the upcoming year.

February Sixth through April 14th: Mercury will be in Pisces. This is going to bring Libras practical ideas and more communication.

October and November: Venus will be in retrograde.

Through June: Jupiter will be in the Ninth House. There will be plenty of time for Libras to travel and learn from different countries.

November Fifth through March Sixth: Venus is going to be in Capricorn. Libras will be given support by their families and neighborhood.

For the most part, thanks to the planets being in favorable locations, 2020 should bring smooth sailing. The year is going to be giving them chances to increase how things go for their relationships. Also, they will be learning things about love. This is an open field of possibilities. Libras should do their best to control their emotions when they can. Also, they should also try to be patient when it comes to relationships whether they are older being worked on or are new. By paying attention to things that caused issues in past years, Libras can try to avoid painful losses in their romantic lives.

The Libra 2020 horoscope predicts an end to bad luck in love. Libras that are not in a relationship already have amazing chances of meeting a partner that will bring light into their lives. With all of the travel opportunities going on, it is not impossible for that person to be met while in a new place for a vacation or a job transfer. With all of the loving and learning going on, this year might be the one in which Libras learn to fully love themselves if it is something they have trouble with.

In 2020, Libras will want to play things by ear while dealing with the jobs. That means to hold onto patience–do not do anything hasty or rash. They should not give in to impulses. In the work field, Libras will need to work harder than in previous years. Luckily, they will be heavily rewarded for their work. Come the middle of the year, a Libra might find themselves becoming applicants for different jobs, a transfer, or even a relocation. 2020 is even going to be a good year for Libras who are still in school.

The Libra 2020 horoscope predicts that this sign might have a little trouble with keeping work as their first priority. However, part of their growing independence this year comes from finding themselves a little more. So while Libras should keep working hard in their jobs, they should be putting themselves and their families first for once. Libras should also be mindful of how much they let their emotions get into their workspace. Keeping the two separate will allow them to get more done and therefore more income.

Libras are going to be seeing a good amount of improvements in their lives for 2020. It should be noted, that with these improvements there are going to be times when they can not decide if they should save or spend money. There will not be any serious repercussions on Libras if they give into the random spending sometimes. In a way, is it something that should be done every week. 2020 will be a good year for Libras to put money into investments, but they should still be careful.

2020 is going to be the year when Karma pays Libras for all of their hard work by increasing their money inflow. Libras should also try keeping their independence strong and going by managing how much they spend and when.

For the majority of 2020, Libras are going to have a good level of energy with better than usual health. The planets will be helping them to stay more mentally stable. Libras should try to keep stress limited to help the planets to help them. There are going to be a couple of pains and aches that make their way to Libras in this coming year, but trying to keep physically fit can help to keep those at bay. The second half of the year is going to be the easiest half of the year for Libras.

Most Libras this year, though they are going to be healthy, might want to try finding new ways to make their health even better. They should want to be careful. However, if they do want to try and improve they should try to get into working out regularly improves a Libras’ mental health. They might also do better in 2020. This is because they are going to be getting more support for their ideas from their families and other loved ones.