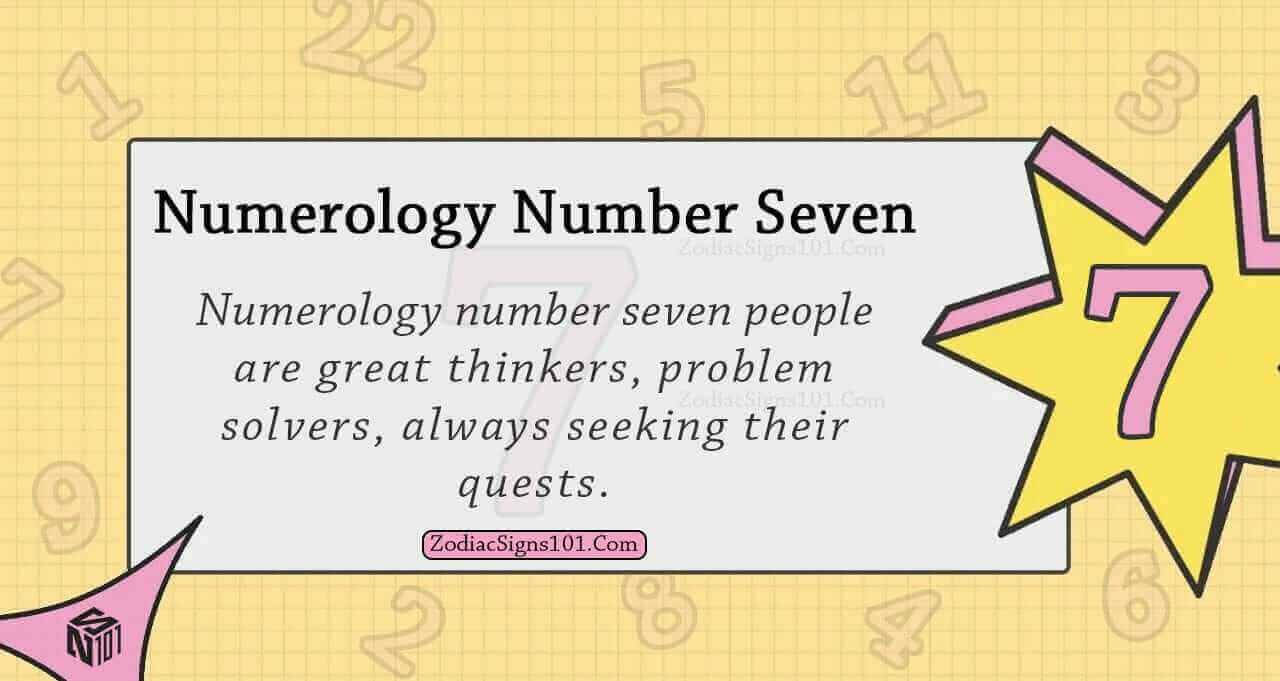 Pythagoreans argued with evidence that seven is a mysterious number, whose characteristics can never be totally revealed, some of which kept a secret by God Himself. Numerology number seven is the number of completion and perfection. As proven, Seven is a number of two parts, the sum of three and four, the former representing the number of divine perfection, the latter the perfect world number. 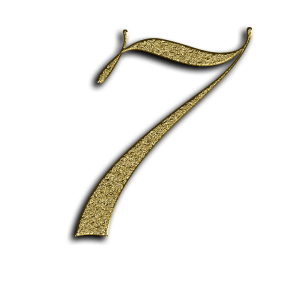 In the Hebrew Bible, God made all the creations whatsoever they are in six days. ‘For in six days, the LORD made the heavens and the earth, the sea, and all that is in them’ Exodus 20:11. Immediately after He created anything new during the six days he stepped a bit back, looked at what he did and said, ‘that is good’. The surprise is what came after the sixth day, the seventh day is a greater day, the Shabbat. Everything then looked something more than ‘good’, arguably perfect. It is a day of rest after hard work, a day of celebrations and festivities.

The contemplative truth seekers, or numerology seven people, are as mysterious as their numerology number. They are known for being highly talented, intellectual, intuitive, analytical problem-solving people who are good at everything. However, they excel in everything related to psychology, metaphysics and esoteric knowledge, for their quest in life is to analytically understand and uncover their truth from within. Looking beyond the mundane surface, discovering the secrets and mysteries of the universe is their utmost desire.

Numerology number seven personalities, on the other hand, are mostly bookworms. They show an unwillingness to be a part of the crowd. They are so eccentric that they prefer to read than to hang out with people, developing a kind of misanthropy. Also, they show a king of wild behaviors, not caring about the superficialities, sometimes offending others. Due to their high achievements, some numerology number sevens are egoistic. Sometimes, they think they are above all, arrogantly their ideas just indisputable.

Sevens, the intellectual, truth stickers, think intricately, intelligently trying to solve out enigmatic problems. An example of freak super-intelligent people is the greatest Alan Turin, Adolf Hitler’s invincible foe who cracked the Nazi powers’ secrets. Sevens prefer domains beyond superficiality and systems of complexity. You will find them good as psychologist, teachers, and philosophes thanks to their love of understanding themselves and others. Following the true information from its source, they are good journalists and detectives. Also, sevens like complex technology. Therefore, they are good computer programers and IT consultants.

Thanks to their nature, people of intricate thinking, sevens are to seek their quests, knowledge, and truth. Hence, they thrive in privacy and seclusion, away from the mundane conversations of ordinary people as a condition for introspective thinking and contemplation as their purpose in life.

Sevens’ heart desires are seeking knowledge, wisdom, and understanding, whether it is a desire to understand others, themselves, a kind of knowledge, or technologies. Sevens’ soul always urges them to seek a quest, searching for answers to dazzling dilemmas, in their ways to seek the truth.

Numerology number seven people are great thinkers, problem solvers, always seeking their quests. They can not but use their time to understand systems of complexity, thriving when finding meaningful answers to problematic questions the humans face. They are, though, dysfunctioning in finding answers to the problems of their personal life. This is because they rarely get along with people, meaning that they have to work on, mainly, this as a vital side to their well being.