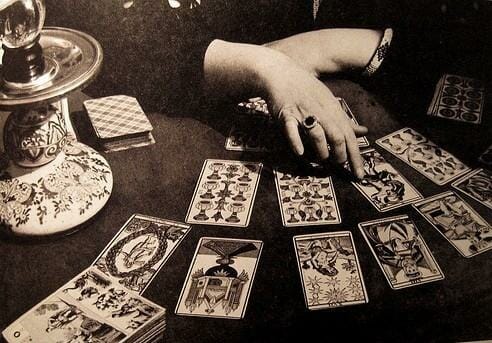 All About Tarot Card Readings

There is a lot to know about Tarot cards. Some people like to get the meanings of the cards from the booklet that usually comes with a new deck while some people prefer to learn almost everything they can before even buying a deck of Tarot cards. This article is for people who want to learn everything they can. Though there are more in-depth articles about most (if not all) of these topics, this article gives a summary so you can get a lot of information from one spot. Without further delay, here is an introduction to Tarot Card readings.

The history of Tarot cards is still debated by many historians and card users alike. Some say the cards come from the East. Nomads, Romana Gypsies, and so forth are all guessed to have brought the cards to Europe.

Another theory is that the cards were brought to the rest of Europe by traders from Italy. However, there are some documents saying the Duke of Milan had a deck in the 1440s. All three of these theories are contradicted by fragments of cards belonging to Charles VI of France. These cards are date back to the 1390s.

Carl Jung was the first psychiatrist to use Tarot cards as part of treatment. He used the cards and their symbolism to find what someone was thinking or feeling subconscious. Jung used the cards to find archetypes in patients. There are about 12 archetypes that psychiatrists tend to lean on in this day and age.

When Jung was doing his studies, he believed the human mind was made of three major parts. The parts are the collective unconscious, the ego or conscious, and a person’s own subconscious. From there come the four archetypes Jung used: the Anima, Shadow, Persona, and Self.

Divination readings are the most common way people use Tarot cards. Some people tend to think these readings are used to see into the future and that is rarely (if ever) the case. This where some of Jung’s ideas can actually come into play. Your collective unconscious is what allows you to connect with your Higher Self so you can use the Tarot cards. From there you select cards you feel are calling out to you. You then use these cards and their meanings to guide you.

Rather than asking to see the future, which you will not be able to, you get guidance from them. They redirect where you are looking, tell you if you are doing things right or if you need to focus your attention elsewhere to fix something. When doing a Divination reading, you focus on a question as you handle cards and receive guidance on that topic.

Love Tarot Card Readings are along the same lines as Divination readings. However, the question focuses on your love life. You can ask about what you and your partner each want from the relationship and what the two of you need to do to get there. There are nearly endless questions you can ask about your love life to get help with. There are also different spreads you can use but there will be more on the spread further down in his article. 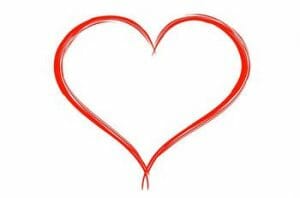 The Gypsy Tarot Tsigane is another common tarot deck design. This deck has bright colors. Romana Gypsies are credited with the creation of this deck.

The Zerner-Farber Tarot deck is a newer deck (from July of 1997) that is really good for beginners to start out with. This deck is usually used for readings that are not serious. It is easy to connect with. All in all, it is a nice warmup deck.

The New Mythic Tarot Deck, from 2009, was created by Liz Greene and Giovanni Caselli. This deck goes back to the alleged ancient Greek roots in the artistic design.

The Legacy of the Divine Tarot Deck is starting to gain popularity as well. Beginners can easily use this card. People that enjoy simply collecting Tarot decks can also use this deck.

People who are just starting out should not use the Deviant Moon Tarot Deck. This deck goes deeper into the subconscious than most other decks. While the artwork may be prettier, this deck should be used by seasoned Tarot card readers.

Each of the 78 Tarot cards has different meanings. They can mean different things in different readings they can even have varying meanings to each reader. Most Tarot decks that you can buy do, in fact, come with a booklet of the cards and their meanings. A card’s meaning also changes depending on whether it is upright or upside down (also called reversed).

There are 22 Major Arcana. However, only 21 are actually numbered. The first card of the deck, The Fool, is usually the one that goes unnumbered but it is still a very important card. In some decks, however, The Fool is simply labeled with zero so the deck goes from zero to 21.

Some people refer to The Major Arcana decks as the triumph or trump cards. All of the cards have their own design and symbols. From deck to deck, the design of each may differ, but they still keep the same meanings.

The Minor Arcana cards make up the other 56 cards of the deck and have easier meanings. These cards correlate to the four elements. The Minor Arcana cards show how we feel about things, rather than actually guide us. These cards are more like everyday playing cards. There are four suits but there are 14 cards in each rather than 12. There are cups (water), wands (air), swords (fire), and pentacles (earth).

Each of the suits represents a different emotion or idea that you feel or need a nudge towards. Each number on the card means something else too. So a three of swords means something different than the two or four of swords even though they are in the same suit.

How Accurate are Tarot Card Readings?

There are a few things that make the cards accurate. The first is that you allow yourself to connect with the cards. Be careful when doing this. It is possible to attract and let in spirits that are not safe to interact with. Now, there are also things that you can do to help reading to more accurate. The cards cannot do all the work, so you have to meet the deck halfway. Make sure the questions you are asking are accurate. The cards are not a Magic Eight Ball so they cannot answer yes and no questions, but that does not mean you should ask multi-layered questions either.

So rather than asking something like “will situation x happen”, ask something more like “how can I do x”. The last thing to do to make a reading accurate is to trust the cards. If you do not think they are going to work, then the deck will not do its work either. Remember, you have to meet the deck halfway or it is not going to work at all.

In the same way, there are multiple kinds of Tarot card decks you buy, there are multiple kinds of Tarot card spreads you can do. Each spread can tell you different things. Some spreads work better for different questions, but most of the time it depends on the preference of the reader. If you are not doing the reading and go to a psychic for the reading, then you can request different spread or ask the reader about what different spreads exist. This part of the article is going to look at just a couple of the many Tarot cards spread you can use and learn.

The easiest spread you can learn takes only three cards and is probably the best spread for beginners. It is easier and there are a number of ways you can use it. No matter what spread you use, you start by shuffling and clearing the deck. Once you have the deck cleared, then you spread the cards out, face down, and select the three that call out to you the loudest.

Going from left you to right, you can see the past, present, and advice on the future. The three-spread layout can be used for just about any question. Some other ways you can use the three-card spread are for the mind, body, and spirit; you, your partner, and your relationship; your strengths, weaknesses, and advice.

This spread takes six cards and calculates the emotional, mental, physical, and spiritual connection you and your lover have in the relationship. The spread consists of three rows: two in the first, three in the second, and one in the third. The first card shows how you feel about the relationship while the second tells how your partner feels about things. The third card tells what character traits the two of you have in common and the fourth tells you the strengths of the relationship while the fourth shows the weaknesses. And lastly, the sixth card tells you what needs to be addressed to make your relationship better.

The Spiritual Guidance spread takes eight cards, but do not panic because the layout is easy enough to do. There are only two rows. The first card drawn is the only card in the bottom row. The other seven cards are in the top row laid from left to right as they are drawn. The fifth card should be in the center of the row, right above the first card.

The first card represents the question you are having trouble with. The second card helps you find the motivation to face the problem while the third card tells you the weakness you have to overcome. The fourth card shines a light on problems around the question you may not have even known of and the fifth card tells you what you should or should not when it comes to overcoming the problems of the previous four cards.

Six tells you how to move on from the worries and seven tells you how to move on in a positive way. Six and seven are sometimes seen as bad cards because they usually mean there is someone or something you need to cut out of your life so you no longer have the worry. The eighth card is a possible outcome you could see from following the advice of the cards in this spread.

There are many things you can do with Tarot cards even if you are not using your deck for advice. Many people only look into the cards and what they mean but do not read into much else. The meanings of the cards, as well as the multiple spreads, can be confusing at first but there are countless sources out there that you can use to learn all you can about this ancient art.