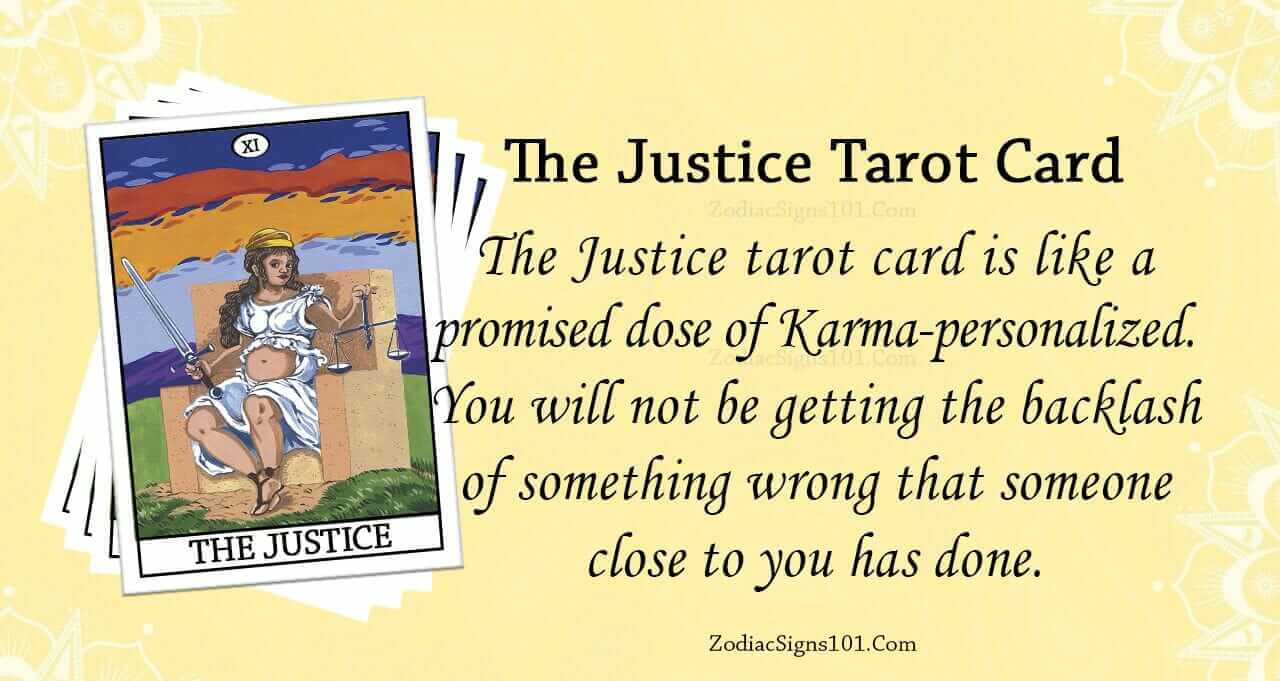 The Justice tarot card is either the eighth numbered card or the eleventh numbered card. It depends on what deck you are using. Originally, Justice was the eighth card in the tarot deck. However, the founder of The Golden Dawn swapped the places of Justice and Strength. Justice is always depicted as a woman. This is because this card shows the way someone or something has needed to adopt the ways of the victor after a defeat throughout history. 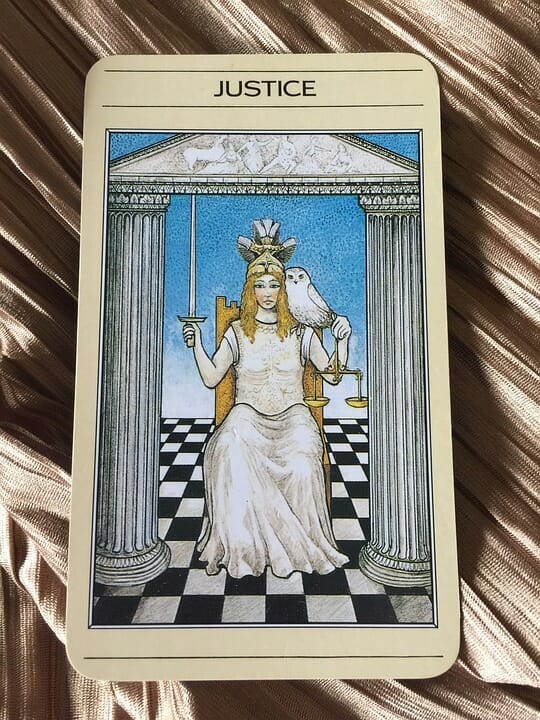 While people tend to see swords as a want or sign of vengeance, in Tarot readings, the sword actually shows that spiritual realizations have been made. Justice has a set of scales to measure things to decide if things are as balanced as they should and can be. The sword represents an obstacle. Something may be in the way of your spiritual realization.

Unlike some cards, like The High Priestess, the meanings of Justice are pretty straight forward. If she is upright, then she is telling you that you either have already or need to ask someone to be the tiebreaker in a debate, a stable compromise has been made with good judgment, or a decision has been confirmed with a type of vote.

The meaning is the opposite when the card is reversed. Justice tells you that something is wrong. It needs to be talked out. In other words, something is unfair, or something had been done incorrectly because of bias. 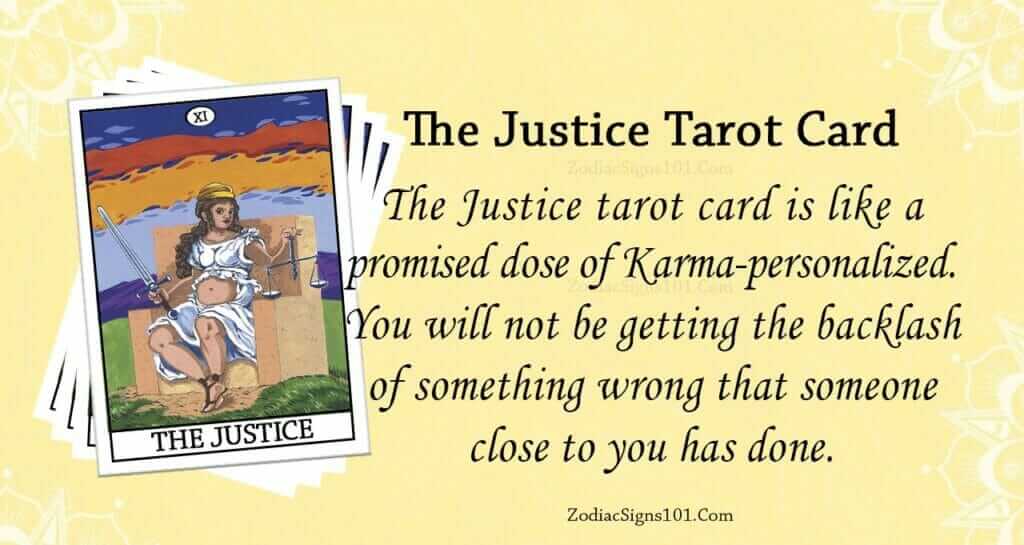 Despite the name of this card, it does appear more often than just for legal matters. Many tarot card users link this card with Karma. However, this is more personal. Karma, on the other hand, is more widely spread where you might suffer the ill effects of something someone close to you did.

The Justice tarot card rarely ever means that the bad side has won. It almost always means that the good side has prevailed. If you are doing a more negative reading and you see the Justice card, then it means that you are likely to do something that is not entirely honest by someone else.

Rest assured if you are married. This card does not mean there is going to be a divorce. Justice, in a love reading, means that you should be getting out of it what you put into it. If things are unfair and you are putting more effort into the relationship than your partner is, then it might be time to split ways. If you think it is wise, then you can wait a while to see if anything changes. That is what this card is telling you.

When you tilt the scale too much, it breaks. When things are not working out, it is not fair for you to be the one doing all the worrying. Remember the line from Shakespeare’s Romeo and Juliet: “If love be rough with you, be rough with love.”

The workplace is another area where Justice works kind of like Karma. If you have been doing well and working hard, then you will be rewarded. Maybe you are finally getting that pay raise, the contract you have been hoping for has gone through at last.

However, if you have been using others, putting the people you with down, then you expect your career to go downhill. Keep in mind that the Justice tarot card can also be telling you that even though you are working hard, you might want to find a different place to work. Like in a love reading, if your employer is not treating you fairly, then go elsewhere.

Seeing Justice in health can be a gentle reminder. Things are going to get stressful soon. Make sure that you have a good balance between your mental health and your physical health. Keeping that balance is important because if either of them gets off-kilter, then the other can follow closely behind it.

Exercising is good for keeping your body in shape while also helping your mind with anxiety and depression. See the balance? On the other hand, the Justice tarot card can also mean that things are going to become legal. Suing a hospital or doctor for wrongful treatment will go well if you see this card.

One of the few times the Justice tarot card actually represents something to do with the legal system is when you are doing a reading about your family or friends. Most of the time, it means that someone you are close to is about to be doing something with courts. Getting married, adopting a child, getting a divorce, serving jury duty are all things this card suggests. It is not always a bad thing. Just know that this card does not come up often when doing a family and or friends reading.

It is not always a bad thing when you see it. In the event that someone is not doing something with the courts, then this card serves as a sort of notice. You are either handling something or someone to make sure everything is fair or you should be doing so.

The Justice tarot card is like a promised dose of Karma–personalized. You will not be getting the backlash of something wrong that someone close to you has done. While this card can mean that things are going to go well in a court case or that things are going strong in a relationship, it can also tell you when it might be time to back away from a relationship. Since this card is all about fairness, it will let you know when you need to balance the scale either in your favor or in someone else’s.