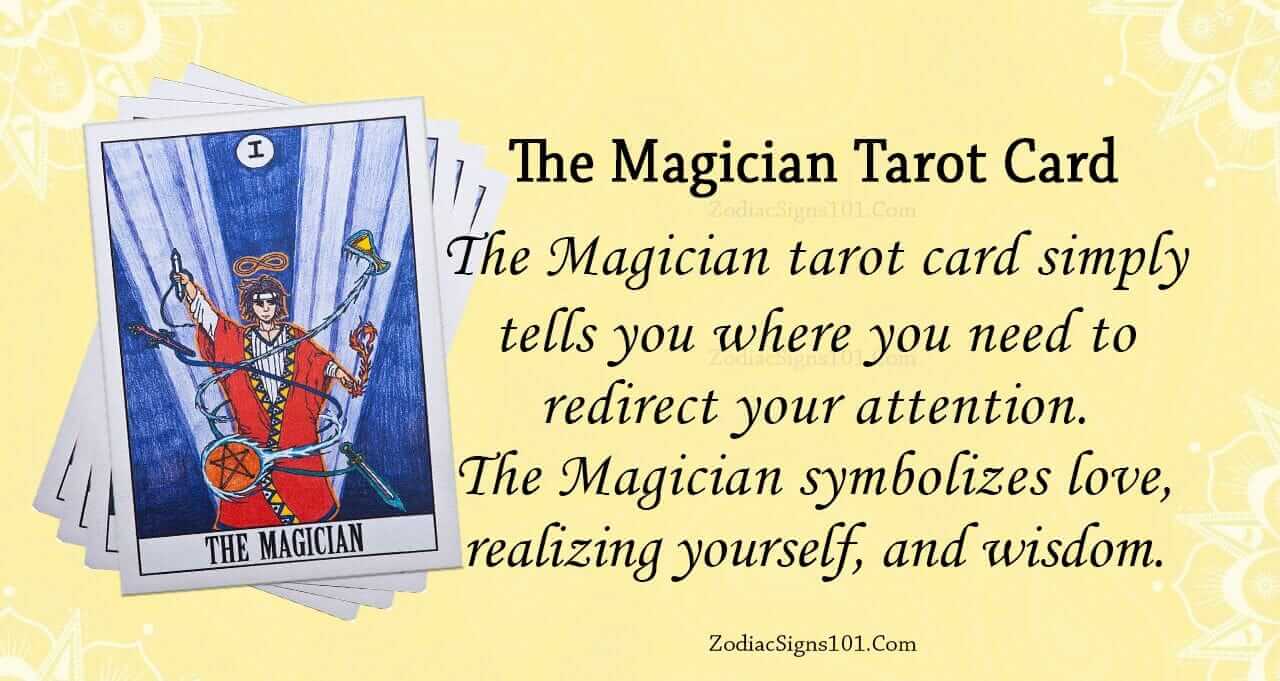 The Magician tarot card is the second in the Major Arcana. In some tarot decks, the Magician is called “The Juggler.” This card is usually a good one to see. Like The Fool, it does not bring anything good or bad. It simply tells you if you are looking in the wrong spot. If that’s the case, it redirects your attention so you can move on.

This card tells you that you need to look within yourself for the magic of getting moving. While you can get some magic and motivation from others, in the end, that really you gets yourself moving.

The Magician symbolizes love, realizing yourself, and wisdom. Part of this wisdom is seeing the balance that nothing could exist without both male and female. The wisdom also includes understanding the Four Elements (Fire, Air, Earth, and Water) make up your body and not just the world around you. 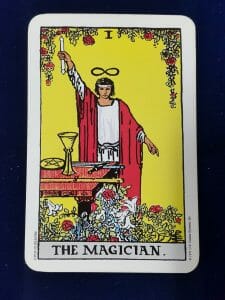 However, if you see The Magician reversed, it means you missed that chance to take an opportunity, you are not believing in yourself, or you do not yet have a strong enough level of willpower to do something.

If the card is reversed, then it is telling you that something is going to happen or needs to happen. You need to look within yourself for the power to get things moving.

The Magician usually makes people happy when it comes up in a reading about their love life. This is because it tells a person in a relationship they are going to be moving on to the next step with their lover.

Do not fret if you are single, however. If you are single and you are open about wanting a relationship, then The Magician tells you that you are likely to find love sooner than you might think.

If you asked a yes or no question about your love life, The Magician means yes when the cards around it are positive. If the cards around it are negative, it could be telling you that your lover is trying to hide something. It could also imply that your partner is using you. Overall, The Magician is by no means a bad card to see when asking about love. 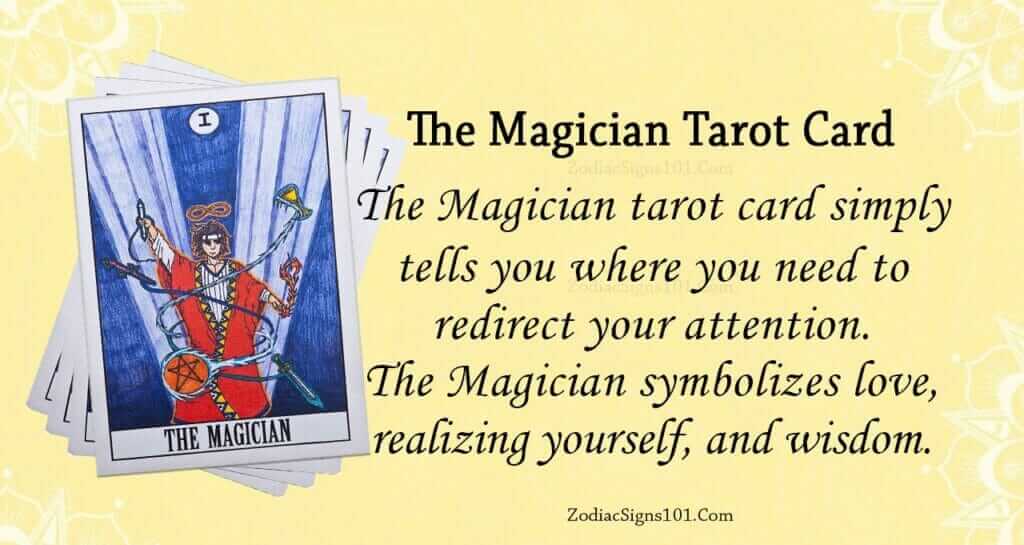 Remember The Magician tarot card means you have willpower. That makes this card a great one to see when doing a reading about your job or career. Where a lot of people lack the willpower to charge ahead and get the better office, pay rise, promotion, whatever it may be, you have the willpower to do it. If The Magician comes at the end of reading about your job, it means that something is going to happen. The event is going to give the kick start you need to get moving.

When asking about someone new that is being hired on or someone that you have to work with is the only time The Magician is a worrisome card in the workplace. If it comes up in a reading like this, it means you should be careful around the person. They might be cunning and undermining. However, they might simply not be able to work as well you so you need to carry their weight too.

When asking about your health or someone else’s, The Magician is far from the best card you could ask for. It does not tell you someone is going to die or anything that drastic. However, it does warn of coming illness. It might be saying you run the risk of falling ill but. Luckily, you will not be ill for long because your body is strong enough to fight it off.

If The Magician comes up when doing a general reading about one’s health, then it could simply mean that they had an illness in the past. It can also imply that you’ve struggled with mental health. While it is not the best card to see when reading about health, it also is not to be considered the worst.

If you going to be embarking on a trip or adventure with a family member or friend and you get this card, be careful. While this person going with you may have been great in the past, that may not be the case now. There is a chance they are going to be lying to get what they want or need. If you ask the person for help with something, ask a few others or read up on what they told you before repeating it. They are not going to be making things up as they go along. However, they are going to be telling things in a dogmatic way to get you thinking in the way they want you to.

The Magician, in most cases, is a good card to see. This card tells you when it is time to move on. Also, it tells you you to have the willpower and self-confidence to do so. While the card, like most if not all others, has a downside, it is not a bad omen. The Magician tarot card simply tells you where you need to redirect your attention. This way, you can get the best out of a situation. So, as far as change cards go, The Magician is a pretty good one to see.