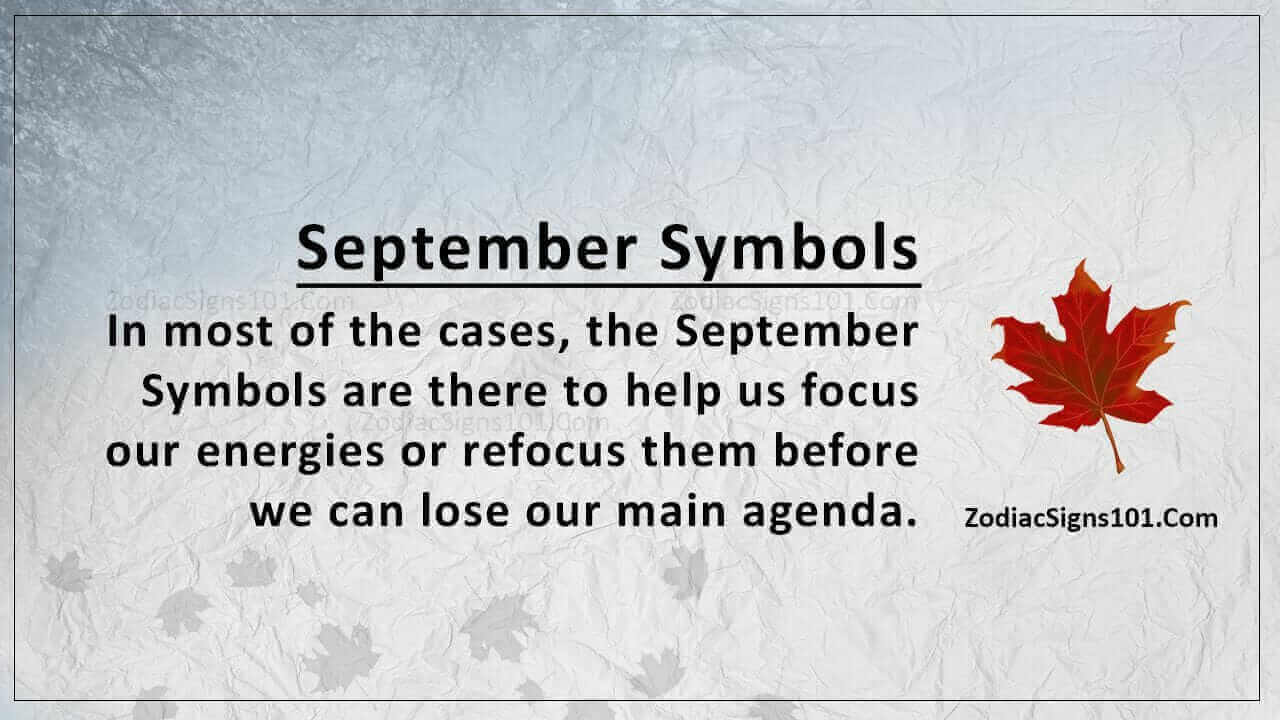 September Symbols: What are Some of the Inner Meanings that It Has?

In most of the cases, the September Symbols are there to help us focus our energies or refocus them before we can lose our main agenda. On the other hand, along the Northern Hemisphere, September represents the time of autumn. Moreover, along the Southern Hemisphere spring is just beginning.

Furthermore, like the other months, the month of September also gets its name from the ancient Romans. The ancient Romans gave September its name from the Latin term septum. The term septum means seven. This is this kind of ideology that throws peoples off because September is the ninth month of the year. Also, most of the people that it is unlucky. However, this never used to be the case because this was as per the rules of the Old Calendar. 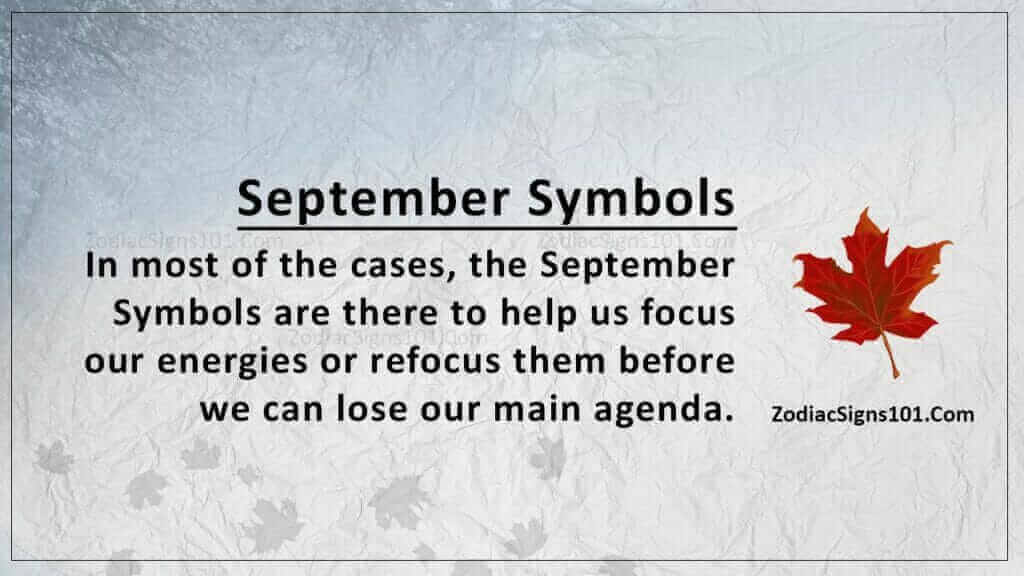 The Numerological Representation of September

The month of September, like most of the months in the year before the introduction of January and February, had a prior number that represented it.  Later this number was changed, and it took a new form. We shall take a look at the original number 7.

As per the ancient text, the number 7 was popular among the people back in the day. This is because number 7 is also a lucky number. Moreover, most of the people see it as the embodiment of pure perfection. In most of the cases, this number represents that secure sense of safety. As per the views of the numerologists, it also combines three other figures. The Special numbers include number 3, 4, and 7.  Every one of these numbers has a special meaning that they contribute to the general purpose of September. For example, the number 4 embodies the sense of definition, body, and earth.

On the other hand, the number 3 has the sense of being heavenly and lucky. The symbolism of figure 7 captures the essence of being blessed. They are also several things that occur naturally that capture the spirit of number 7. Some of them are the rainbow and the number of days in a week. Also, the month of September has a close relationship to the planet Saturn. The planet Saturn, in many other cultures, has a connection to magical properties.

As per the interpretation of the numerologist and astrologers, the planet Saturn has a close Association to number 7. This is why number 7 is considered lucky by many cultures in the world. Moreover, this number also has a cosmic influence that can help us solve the mysteries in our lives. Some of the numerologists also believe that we can invoke the spirit of 7 to help us attain wisdom from its magic.

The Meaning of Number 9 and September

Alternatively, number 9 also has some special meaning about September. Some people believe it also brings in an element of spiritualism. This is because most of the numerologists associate this number to magic and wisdom. However, most of the ancient people used to associate the number nine to be unlucky. This is because it was one number shy of being the perfect number 10.

As time went by, nine came to represent the meaning of afterlife and the heavens. Also, most of the people came to associate it with the purpose of higher levels of thinking and magic. The number 9 also has other particular purposes, including satisfaction, enlightenment, and accomplishments. This number also encourages us to accomplish such achievements or recognize them in ourselves. By doing this, it will boost our self-esteem to be able to attain more out of life.

The September Symbols for Birthstone: The Sapphire

November seems to have only one birthstone associated with it, and that is the sapphire. The sapphire stone is one that has always had a lot of mystical powers. This has also given it a lot of powerful meanings. Some of these include the skills of manifestation,   awareness, and Faith. The Christians believe that the sapphire stone has a close Association to the archangel Michael. Michael always carries a sapphire sword as per the depiction of the Christian artwork.

On the other hand, lightworkers also believe that sapphire can give you protection and blessings from the angels. This is one of the reasons why the sapphire stone is sacred. It also has a higher value. Moreover, it must represent the celestial world. Plus it brings with its attributes like strong faith and the good in man. Some people also use sapphire stone to help them attain spiritual enlightenment and good Fortunes.

The Symbols of the September Zodiac Signs

September also has two zodiac signs that represent the people who are born during the month. These signs are the Virgo and the Libra.

The Virgo sign takes up most of the days in September. The generally practical. However, they can be analytical people as well. This means that they are keen and highly sensitive. The members of this sign are naturally skilled and quick learners. In most of the cases, they are also soft and kind people. Or, one can also view them as thoughtful and generous.

The Libras are the ones who take the remaining period of September, that is seven days. This helps them to be well mannered and balanced. They like spending their time outdoors and are entirely truthful with themselves. So, you’ll find them spending time outdoors hiking or swimming. Moreover, they are an excellent company to keep and will never let you down if you are close.

September, like most of the other months in the year, has a lot of symbols that help define its pure form. From all of that, most of the people that believe or are born in September can borrow some of these qualities. However, if you are learning the meaning of months, you can also compare it to others. By doing this, you can also have your ideas on the meaning of some of these months that you can share with other people.