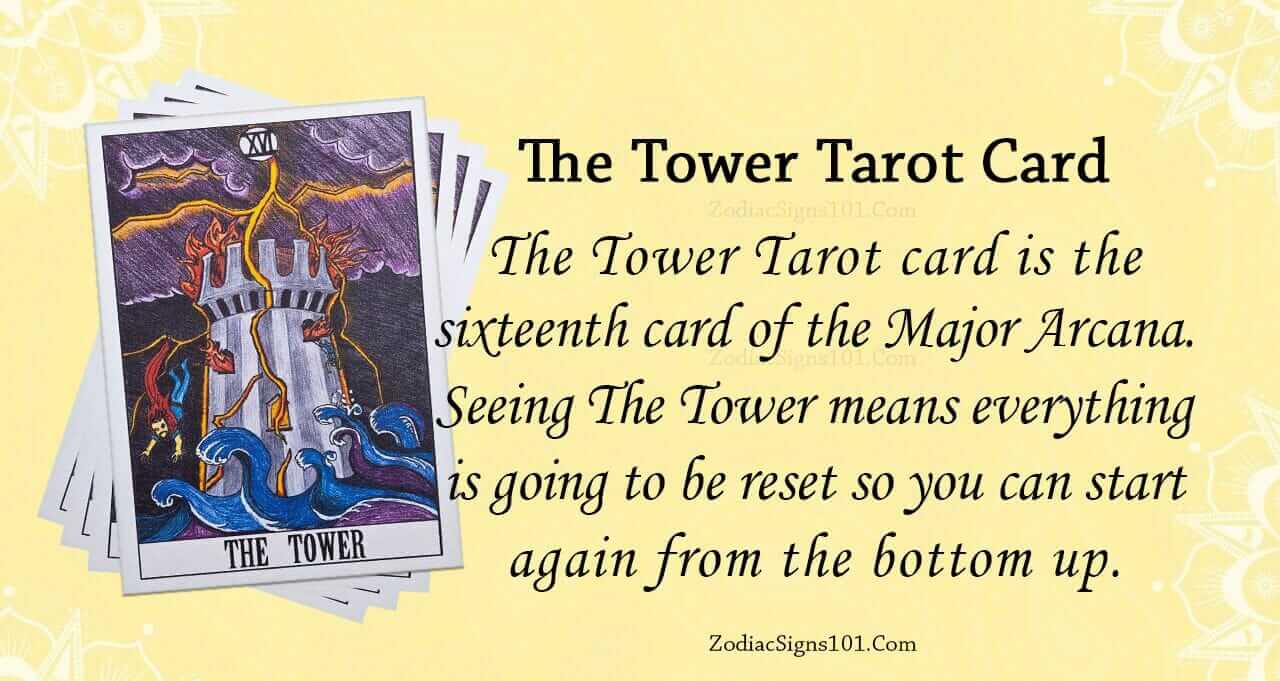 The Tower Tarot card is the sixteenth card of the Major Arcana. Though it may seem terrifying, is not all that bad of a card to see. This is despite it meaning that destruction is coming. Something has gone wrong and there is going to be drastic change very soon. It can not be stopped. Therefore, the best thing you can do is put on your seatbelt and hang tight. As always, whenever there is destruction, there is a chance for reconstruction. Seeing The Tower means everything is going to be reset so you can start again from the bottom up. 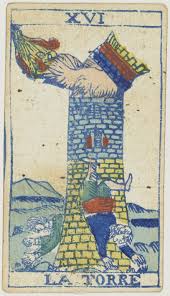 The lightning that is taking down the tower represents Divine Intervention. There is a power in the Universe that says things need to be redone in order to be correct. The cracking turret on The Tower is the energy of the Universe passing through the Crown Chakra to get down into the core. The 22 flames burning around The Tower are for the ten points on the Tree of Life and the 12 Zodiac signs. All in all, there has been a revelation that has been or should be reached. When this happens, the Universe chimes in and resets what it can. 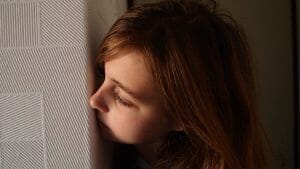 Change is coming whether you are ready for it or not.[/caption]

When The Tower appears upside down or reversed in a reading, it means that you need to stop trying to avoid the change. Change is going to happen whether or not you want it to. Swimming against the tide will only tire you out. It also means you are avoiding this change because you are afraid of it.

Simply put, The Tower Tarot card means that something is going to fall apart sooner or later. This is the closest thing you will be getting to a warning. However, this destruction can bring freedom or it can bring more stress than you may have had before.

Like all of the Major Arcana cards, it can mean different things in different readings. For example, getting out of a relationship can be freeing because it could have been toxic and harmful for you. Some people worry when they see this card because they are not sure when this change is going to come.

The Tower Tarot card is not a great card to receive when you are doing a love reading. Usually, The Tower means you are in a toxic relationship that needs to be left quickly. The relationship is plagued with conflict. A break up is likely in the near future. It is possible that your partner has been cheating on you with someone else that you are close to. On the other hand, you are about to be found if you have been cheating on your partner.

When you are single and see this card, it means that you are feeling lonelier than usual. The lonely feeling comes from how your last relationship ended. Seek closure.

When it comes to seeing The Tower in a career reading, again, is a warning of sorts. The job you have could be outright dangerous. The card is warning you to get out fast before something goes downhill.

However, it can also mean that you are just going to lose your job pretty soon. If you do not get along with a certain coworker, be careful and keep your eyes open. They could get hostile in more ways than verbally.

Alternatively, this card could mean that you are going to be placed in a position or get a promotion. It is going to cause you more than the average amount of stress.

Usually, seeing The Tower during a health reading is a warning. You have been feeling ill or you know that something is off and you keep ignoring. If you keep ignoring the signs that something is wrong, then you are going to crumble like the tower is in the picture. There can be times when you go to the doctor and it turns out that nothing is wrong and that is great.

On the other hand, you might really be sick and need help. In the case of the second chance, it is good to catch it so you can get cured of the illness. This way, you do not have to completely rebuild.

The Tower is not the best card to seeing in a reading about your family and friends. This because it means that either the people who usually support you are not going to be there. Alternatively, is means that someone you are close to is going to lose something important to them. If the first case is true for you, then you are on your own for a while and you either need to find a way to do things on your own or you need to hang tough for a while. This is because whatever it is you are stuck on is not supposed to happen at this time.

However, sometimes this card says someone will lose something. Help them find what they have lost. They could be losing a job, their home, they could be going through a divorce or a breakup with a long term partner.

The Tower Tarot card is by no means the best card you can get. Most of the time, it is a warning that something bad is going to happen but that something good is going to come of it. When you see this card, you should remember the phrase ‘everything happens for a reason’. You might not want it to happen, but it has to if things are going to get better. Cut your losses and restart from where you are. If you do not have the time, however, then just hold on tight and lay low until the dust settles so you can start rebuilding once you can see again.