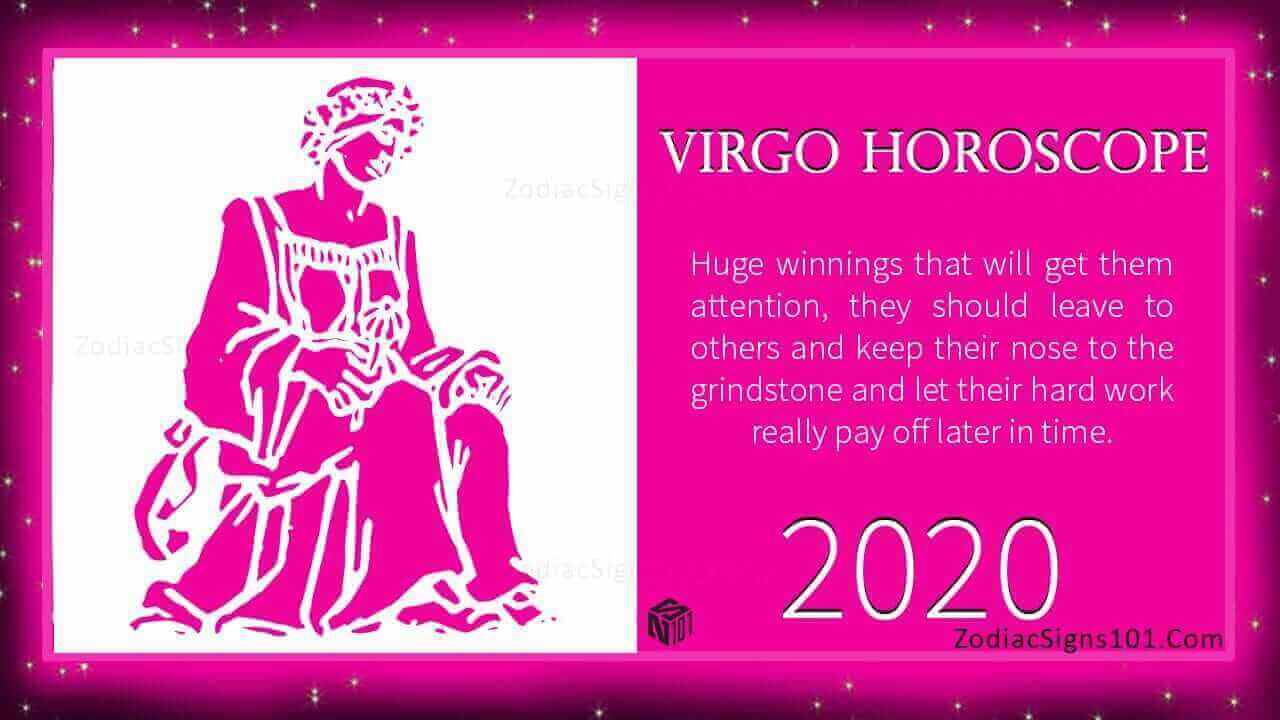 The Virgo 2020 horoscope predicts prosperity. However, there will be a number of issues, challenges, and obstacles making it difficult to get things done. It should be noted that Virgos are going to want to keep their anger in check because blowing up at people or situations are not going to do a lot to help them. Though 2020 may sound scary, they should not worry too much because they are going be at their creative and artist peak with some extra energy that should be able to help them get over the obstacles that will rear their heads.

It might seem a little hard for Virgos to keep as much control over their lives as they like to this year. Instead of going for the huge wins that will get the attention, they should leave to others and keep their nose to the grindstone and let their hard work really pay off later in time.

June 30: Jupiter enters Sagittarius in the Fourth House after going into retrograde.

2020 is going to be a little interesting for Virgos as far as love is involved. Come 2020, Virgos are going to reach a more stable ground and they will have an easier time communicating with their partner. If there are any doubts about the relationship, just be patient because those will be worked out or fade away as the year goes on.

If a Virgo had any barriers up between them and their partner, this year would be the year to knock those all down and move right past them. This year is going to be the one in which a Virgo is going to want to express their true feelings for someone. It does not matter if they are already in a relationship or not, 2020 is the prime chance for a Virgo to start a relationship. However, this could imply that an old relationship could fail. If so, know it was not meant to be.

2020 is going to be a great year for Virgos to catch up with better management of their money. They should keep track of their spendings and income. This is because they might be having some trouble with spendings later in the year. So, they should try to get into the habit of spending money on their needs rather than on what they want. The year is financially is split into two parts. The first half goes to saving up money while the latter half of the year is better for investments.

While getting an increase in money, the inflow of money should be mostly constant either it is in the form of sudden gains or just continuous increase like a pay raise. March 30 will start the chance of getting more money through work or maybe even gambling. Though Virgos are getting an increase in money, they should not at all try to get into a new venture.

There is a rather high chance of there being large changes in career. The Virgo 2020 horoscope predicts this. The changes might seem to be slow moving. However, the middle of the year is when the changes will be clearly seen. Virgos should keep their courage close at hand. It will be helping them to reach the ambitions they are setting up for themselves. While the changes in jobs are going to be big, they should not consider getting a different job or getting a relocation this year.

Jupiter being on Tenth House is going to bring the strong chance of progress and the possibility of benefits from higher-ups. Working hard and efficiently will better a Virgo’s chance of getting some of the aforementioned benefits.

In 2020, Virgos will be relatively happy people with strong health. In part, this is caused by their personal and work lives getting a bit better. They are going to be more energetic than the last couple of years. Though Virgos are going to be happier with less illness, they should be careful of their nerves and digestive systems. Virgos should start a workout program as it will help them not to be as angry as much.

A Virgo’s temper will run high this year. To avoid this, try calming yourself with meditation or yoga. Both of these would be wise considering they can improve both physical and mental health even further. Virgos are not likely to fall ill often this year. However, they should still try to avoid becoming ill.