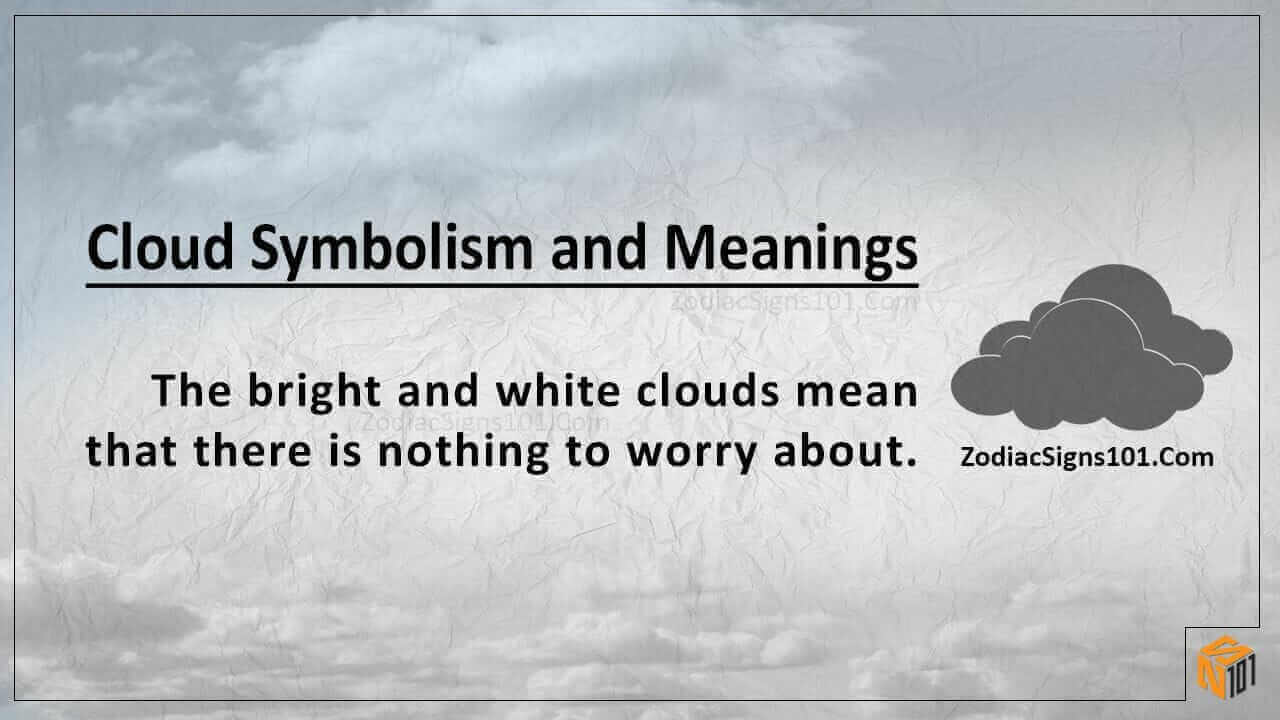 Cloud Symbolism: What is their Significance in Your Life?

In the ancient days, especially in Greco-Roman mythology, the cloud symbol represented the home of the gods. Therefore, they are divine. According to them, the gods were staying at Mount Olympus that it peeks would tower above the clouds. On the other hand, the clouds also appear as the standard set of gods messages. It is where they would keep their divine messages before they can send it to us. In some ways, they could also use to display their news through the clouds.

The bright and white clouds mean that there is nothing to worry about. The news that you are waiting for is probably good news. However, if the clouds could turn black or dark, then there was a need to worry. There was terrible luck looming over you. Therefore, the clouds in their way signify the spiritual presence of the heavenly being in our lives.

However, the symbolism of clouds means a different thing when you look at the Chinese cloud meaning. The Chines, therefore, thinks of the shadows to means the symbol of transformation. Or, you can say that it represents the symbol of change. Also, the Chinses believe that the clouds are the home of the gods where they live on the back of a dragon so that they don’t fall to earth.

In the culture of the Christians that clouds have a vivid description that covers different areas. Most of the reference of the Christian cloud symbols comes from the Bible. As per the culture of the biblical Hebrews, the clouds mean covering as they tend to cover the sky. Therefore, the clouds meaning in the Bible bear the meaning of the divine energy that hides above it. Also, a cloud that doesn’t have the prospect of rain also refers to a man that is not able to keep his promise.

Therefore, it refers to some that are a liar generally. When the cloud is bright, it signifies the bright seat of the divine beings like God. There was one point when God came down to talk to Moses; He comes in the cover of clouds. This was so that he could hide some of His glory from Moses. After getting the tablets and building the tabernacle, the Lord filled the tent with clouds. This was to mark his presence there so the Moses could not enter. There is much symbolism of the darkness, and many of them usually refer to the dimity of the Lord.

What are Some of the Symbolic Meaning of Clouds?

When you want to understand the symbolism of the clouds fully, you have to know the types of clouds and the meaning. Remember the clouds in the sky come in different forms in terms of sizes and color. Therefore, they have different meaning depending on these and the time of day that they make an appearance. Some cultures associate the frog to the frog to the clouds by saying that it is one of the shadows that are next to earth.

Types of Clouds and their Meanings

There are different types of cloud, and they have different meanings. Here are some of them;

The cirrocumulus is the type of cloud that usually appears to be in a row of circular clouds. As per the quality of the clouds, they would typically appear just before a hurricane can strike. Therefore, they are the ones that usher in the wrath of the gods.

The cumulonimbus clouds are the ones they tend appearing in the sky just to let you know that it’s about to rain. The rain that the usher is the thunderstorm and it would rain for a long time. Plus, there is the possibility of thunder and lighting. Also, they tend to appear fluffy and flat.

On any sunny day without the prospects of interference of the thunder the cumulus are the clouds that you are going to see. They are all over the sky but are also fluffy. Also, they are clouds that sometimes form shapes that people can relate to. 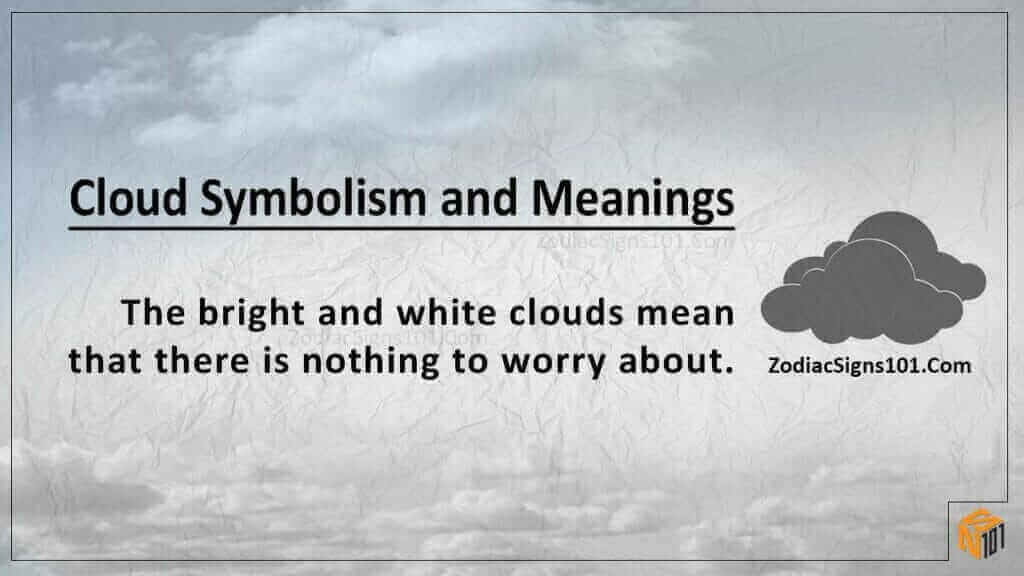 Other Symbolism of Clouds

Clouds are some of the most interesting of the symbols as they tend to vary from culture to culture. However, there are some of the cultures that believe that their deities reside among the clouds like the Christians. Therefore, the descent also thinks the same and have been the same knowledge to the children. Also, some believe that it is the home for the guardian angels. Therefore, the clouds seem to be the gate to the heavenly realm from ours. However, the Asians seem to strongly believe that clouds are a symbol of transition and change.

Also, they stand for the meaning of clarity and purity. Moreover, they always produce water which is an emblem of purity. Also, the fact that it comprises of air, it may also bear the meaning of one’s emotional state of mind. Plus, it signifies the need for intelligence and one memory. They can also mean emotional purity and even the path of clear thinking. Contemporary society is even using the symbol of the cloud to signify a storage bank. In the cloud, you can store your data using the internet and download them whenever you wish.

After reading this article, you must have realized that the clouds have a lot of spiritual connection with the divinities. More so, most of the cultures around the world believe that the gods are the ones residing on the clouds. It is not such a farfetched idea basing on the fact the clouds seem to be the covering of even the Christian God. He uses the cloud to hide his true self from the servant Moses. He knows all too well the if Moses could see him in all his glory, Moses was most like to die. Remember that nobody had ever seen the Lord of the Christians in His right form.