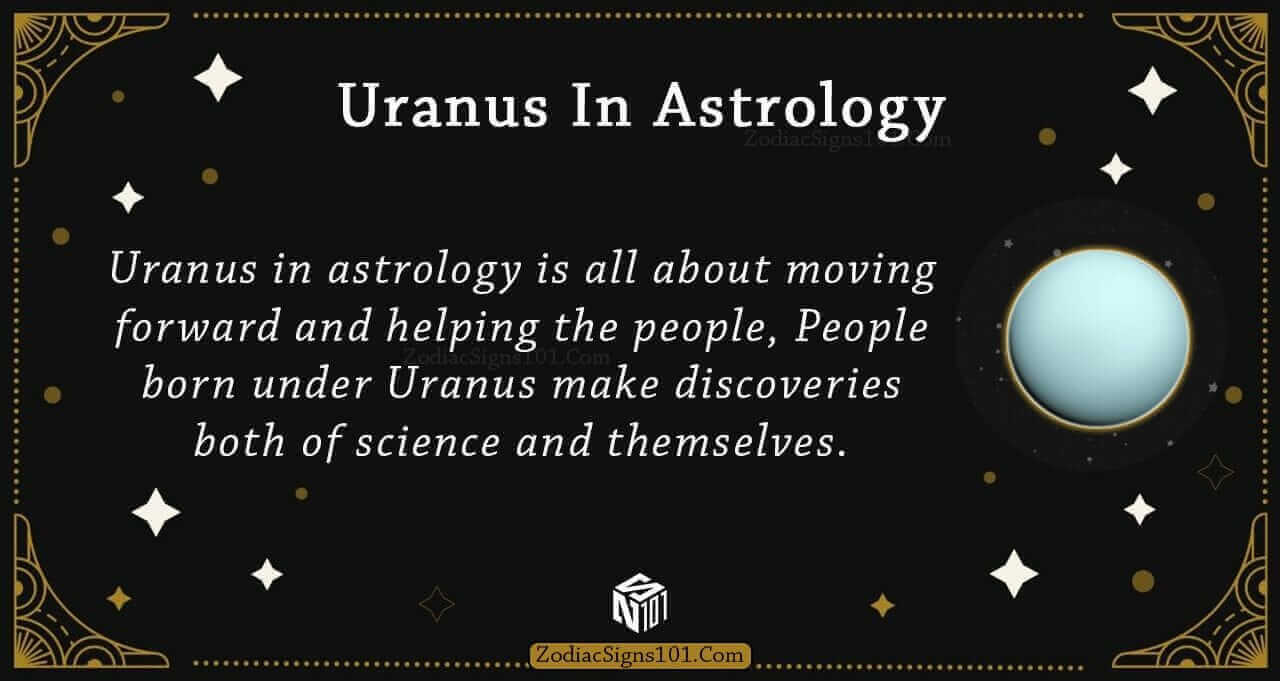 Due to when Uranus was found, it is the ruler of modern inventions. For example, Uranus in astrology rules over innovation and scientific inventions like technology or electricity. Another way to put it is that Uranus brings freedom and raw emotions. Those of us who are ruled by Uranus is usually amazing in most fields of science and they are some of the freest thinking minds we will have the pleasure to encounter.

You need to use a telescope if you want to see Uranus in the night sky. This is the reason why Uranus was not discovered until 1781. This planet is technically an icy gas giant planet. It the single coldest planet in the Solar System. Weirdly enough, Uranus spins on its axis in what would be retrograde to the other planets.

All of the planets with the exceptions, of the Moon and the Sun, go into retrograde. Like when Saturn is in Retrograde, Uranus gets stronger instead of having a reversed effect. So when Uranus is spinning backward on its axis is when things get real. This is when people explode after having been working on changing things for too long. People are more likely to make drastic changes when Uranus is in retograde. They might break up with their lover or quit a job they hate. They embrace themselves, their cause, and all but destroys what has been giving them pause for so long.

How Uranus in Astrology Affects Personality

As far Uranus in astrology is concerned with personality, everyone should be themselves without a second thought. Uranus is different than the other planets in so many ways that it rubs off on the people who follow it. Uranus, overall, brings people to be electric. They want to change and they seek it out. They can think for themselves. Some people consider it to be a downside, but people who are guided by Uranus usually have a bit of rebellion in them. Their rebellious nature does not always have an exact cause.

Those who are guided by Uranus are also usually independent and able to get a lot done on their own. The planet leads people in rebellion, want for freedom, separation, and spite. Uranus gives people the feeling that they want to break free from whatever it is that is holding them back. It should be noted that Uranus connects best with the people that have open minds and hearts because Uranus builds the want and need for change.

Uranus in astrology drives eccentricity; it is most likely the eccentric that is the most progressive. Eccentric people are different from the rest of the people that seem to almost blindly follow the trends and fears and unease set before them like a bread trail by society. These people want the world to change. They want to make it a better place so that new things can be discovered and so that the people as a mass can be themselves. These are people like civil rights promoters, astrologers, and scientists.

Progressiveness, anarchy, and liberation work hand in hand but they are different. The progressive way of thinking is needed to get the want for anarchy and liberation sparked. When these three things tag team to get things done risks are taken, things are gambled. These people have the knowledge wisdom to know that things might not change right away or even in their lifetime. They have the rebellion drive that helps them to keep going and to set a path for future people like them.

As terrible as it sounds, Uranus in astrology typically shows itself as stress but it uses this stress as a springboard of sorts. This is something to keep in mind. The planet uses pressure to get things on the move. That is why people are most moving when they are going through a rough patch like a divorce or a break-up when family life is not quite the best or even close to it. It is the stress that comes with these things that make people want to break free from everything. To get freedom from the thing that is causing them stress and anxiety.

Uranus in astrology has a system as to how it uses these negative feelings for something good and worthwhile. From there, they overcome the issue, change the issue to make it better, and make it a non-issue. The last step is to let it explode outward so it becomes a larger scale fix.

Uranus guides people to want change, freedom, and varying advancements. There are a couple of jobs that are a better fit for people guided by Uranus than others. Some of these jobs consist of: working with computers and/or other electronics, lab techs, inventing things, musician or actor, scientists, or astrologers.

While musician and actor do not quite fit the branch of being good at science, that does not mean people guided by Uranus can’t be invested with these things. They can fame from their music or acting career to spread their findings of whatever it is that they want better known. One of the best-known musicians to do this is Brian May, the lead guitarist of Queen. He has a Ph.D. astrophysics while being an activist for animal rights, AIDS research, and LGBT rights, and being into politics. This fits the example of how Uranus guides people to divide, overcome, and explode when wanting to change something.

Uranus in astrology is all about moving forward and helping the people, People born under Uranus make discoveries both of science and themselves. Getting the word out about the new findings is almost as important as finding the new things themselves. It works best when these people work together to get their names out. This way, they can spread what they find.

The main study topic can be science. Of course, the person can fully enjoy other hobbies or talents to build their ground to get them a good following before disclosing their cause and trying to get it to know by others.